You are here: Home » Blog » Union at the Crossroads: Why the British state must overhaul its approach to devolution 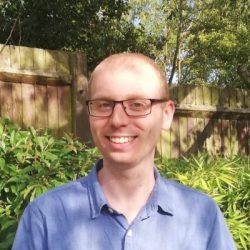 The future of the UK Union is of increasing salience for British policy-makers. Against the backdrop of the twin crises of Brexit and coronavirus, speculation about its break-up has become widespread. With support for Scottish independence consistently at around 50% in opinion polls, the destabilising impact that leaving the EU has had on Northern Ireland and the emergence of a more active independence movement in Wales, this is not a possibility that can simply be dismissed. The coming months look set to be pivotal ones, with the outcomes of the Scottish and Welsh devolved elections in May, and the subsequent responses of politicians across the UK, likely to fundamentally shape the constitutional politics of the next few years.

Boris Johnson’s administration has so far approached the existential threat to the state it governs by adopting a notably assertive style of unionism, expressed through a concerted push to strengthen the profile and influence of the centre in the devolved territories. Manifestations include regular deployment of hyperbolic rhetoric about the benefits of the Union, legislation giving central government the power to spend money in areas of devolved competence, and a recent announcement that the Union flag would be flown on government buildings every day from now on. A competing strand of thinking, influential in particular in parts of the Labour Party, makes the case for wholesale reform of the UK constitution, including further decentralisation from Westminster.

In a new paper published by the Constitution Society and the Bennett Institute for Public Policy, ‘Union at the Crossroads’, Michael Kenny, Philip Rycroft and I contribute to these topical debates by emphasising the need for the UK government to urgently take steps to improve the way it approaches, and manages its relationships with, the devolved governments in Scotland, Wales and Northern Ireland. Drawing on a historical analysis of how the British state has approached the multi-level territorial constitution since the introduction of the modern devolution arrangements, we contend that central government has often been complacent and un-strategic, and that this has contributed significantly to the pressures on the Union.

We trace deficiencies in the political and administrative centre’s approach to territorial governance to devolution’s early years. The coincidence of Labour-led UK, Scottish and Welsh administrations, together with a relatively benign fiscal and economic environment, meant intergovernmental relationships within the UK ran relatively smoothly at first. In the absence of major conflict or constitutional controversies, the governance of the multi-level Union quickly fell down New Labour’s list of priorities once devolution had been delivered. Relationships between the centre and the devolved institutions were managed mostly bilaterally, and often through informal Labour Party and civil service networks. At the time few recognised the need to develop institutional machinery fit for a more challenging context for territorial politics, or put much thought into how Westminster and Whitehall should perform their altered roles.

The initial catalyst for more troubled territorial relationships was, we suggest, the outcome of the 2011 Scottish Parliament election, at which the SNP won a majority. The Conservative/Liberal Democrat coalition in London was willing to agree to an independence referendum, but in doing so created a challenge for which the machinery of the British state was unprepared. Making relationships with the devolved parts of the UK a central focus of government activity proved very difficult, up until the final weeks of the campaign when narrowing polls ensured Westminster’s attention. Even in the aftermath of the referendum, when there was widespread agreement that further reform of the territorial constitution was needed, the UK’s governing parties stayed firmly within the established pattern of dealing with devolved governments – seeking to undercut the appeal of nationalism through the award of additional powers to Scotland and Wales, rather than contemplating significant reforms to the central state itself.

Over the past few years, Brexit and coronavirus have exposed the inadequacy of the established ad hoc and reactive approach to handling relations with the devolved governments. During the Brexit negotiations, the UK government never came close to offering the kind of engagement and access to policy-making that might have allowed it to demonstrate that it was attempting to meet the aspirations of the devolved governments in any meaningful way. While fundamental policy differences on the EU question made intergovernmental tensions inevitable, these were sometimes exacerbated by insensitive handling in Westminster and Whitehall of matters that had implications for devolved policy competences. The narrative that emerged from this period was of the British state’s imperious disregard for the preferences of its devolved counterparts.

The initial outbreak of the coronavirus pandemic led to a period of more productive co-operation across the UK, with the entry into the spring 2020 ‘lockdown’ taking place on a cross-UK basis. But continued co-operation was entirely conditional on the UK government’s willingness to make appropriate institutional channels available, and these were effectively cut off for long periods from summer 2020 onwards. Extraordinarily, the Welsh First Minister reported having spoken to the Prime Minister only once between May and September 2020. This contributed to increasing divergence across the UK once the initial restrictions began to be eased. During the severe wave of coronavirus cases in winter 2020/21 the administrations in each part of the UK made separate decisions on when, and in what form, to impose new restrictions. There were also a number of damaging public rows between the governments, which might well have been more muted had more regular, and more purposeful, intergovernmental meetings continued.

In the final section of the paper we argue for consultation and engagement between the UK and devolved governments to be embedded far more deeply into both the culture and machinery of the state.

Our specific suggestions for bringing this about include seeking to engage with the devolved governments from the earliest possible stage of the policy process,  where UK policies impact on devolved responsibilities or the interests of the devolved parts of the UK. The reality of the ‘jagged edge’ between devolved and reserved competences means that there is often a strong case for some level of intra-UK consultation even before legislation is drafted. On such matters, the devolved governments should be engaged as soon as is feasible, before positions harden and differences escalate into public rows.

We also support overhauling the Joint Ministerial Committee structure, the main institutional location for intergovernmental relations. The case for reform in this area has already been widely accepted, including by UK ministers. An update on a joint review involving the four governments published in March indicated agreement around relatively modest, but potentially important, reforms was close. Concluding this process ought to be a high priority for governments across the UK after the Scottish and Welsh elections.

Finally, we suggest that high levels of ignorance and misunderstanding about devolved politics and the territorial constitution within Whitehall need to be addressed, including through encouraging and incentivising civil servants to spend time on learning about how the other governments work. Experience outside Whitehall, either in devolved or local government, should be viewed as a positive advantage when it comes to promotion. A similar proposal has been made in a report on ‘UK Government Union capability’ by former minister Lord Dunlop, published by the Johnson government in March. The recent appointment of Sue Gray, who headed the Department of Finance in Northern Ireland for three years, as Second Permanent Secretary at the Cabinet Office with responsibility for territorial matters suggests this has been taken on board.

Without adopting the new approach that we suggest, we consider it almost inevitable that relationships between the governments of the UK’s component parts will continue to deteriorate. That would only add further to the already significant strains on the Union, and ultimately to the risk of its break-up.

You can read the full report, Union at the Crossroads: Can the British state handle the challenges of devolution?, here.

Jack Sheldon is an ESRC-funded PhD researcher in the Department for Politics and International Studies, University of Cambridge. He was previously a researcher at the Bennett Institute for Public Policy, working on the ESRC-funded research project, ‘Between Two Unions: The Constitutional Future of the UK and Ireland after Brexit’.