You are here: Home » Blog » UK government has delayed elections longer than most countries – and England still isn’t ready to hold pandemic votes in May 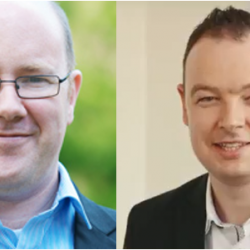 By: Toby James and Alistair Clark

Which activities are essential during a pandemic? Across England, school buildings have been closed, as have many shops, businesses and sports facilities. So what about elections? Should they go ahead? It’s an important question since local elections are scheduled to take place in the UK in May.

Among them are the English elections that were originally meant to take place in May 2020 but were postponed because of the pandemic. That means that as well as votes in Scotland and Wales, a bumper set of contests is now scheduled in England for May 2021. There will be votes for English councils, police and crime commissioners, the London mayor, the London Assembly, regional mayors and local mayors.

There has been some speculation that these too might be postponed. When asked, the prime minister has said that we have to “keep it under review”. But keeping things under review isn’t enough. If the English votes are to go ahead, important steps need to be set in motion immediately.

Running an election during a pandemic means making significant changes to the normal routine. Citizens may not want to risk their health and decide not to vote if their safety can’t be assured, so measures need to be taken to ensure their safety.

But many of the English local elections have been postponed once already. At some point, it becomes a question of whether postponing poses a threat to democratic freedoms. Some officials have had an extra year in office as a result of the first delay. These elections matter because they hold politicians to account and allow citizens to shape how public services are run. They will also provide the first litmus test for how the current UK government is performing since the 2019 general election.

Many elections worldwide were postponed in 2020 so England was not alone. Our research with International IDEA shows that between February and December, 75 countries and territories postponed elections for at least a short time. Most were rescheduled very quickly, however.

Italy held a referendum and elections, due in late March, at the height of the first wave, in September. Countries that did not hold or reschedule a postponed election were very troubled political systems such as Somalia. For context, Somalia has not conducted a direct popular vote since 1969.

The UK was unusual in postponing for a whole year. It has already delayed as long as Hong Kong, a postponement that even the Trump administration described as undermining “the democratic processes and freedoms”.

How to host a pandemic election

There have been more than 100 national and local elections that did happen around the world in 2020 and we have found many success stories.

A key takeaway was the importance of enabling postal voting. This facilitates higher turnout and reduces risks to staff and the public. Bavaria showed how elections in which everyone votes by post can be organised with very short notice.

However, it would be difficult to organise all-postal elections for May in England, as administrators have warned. There are rigorous anti-fraud mechanisms in place which would require the electorate to provide their signatures and date of births before being given a postal vote. Only one in five have done so so far.

Only if these mechanisms were relaxed could all-postal elections be feasible for May, which means this isn’t really a serious option. It would, however, be possible with a short delay if everyone could be encouraged to apply for a postal vote since there are no limitations on who can apply.

There are other best practices that the UK government has been slow to adopt. It needs to act urgently to have them in place.

For a start, voting should be spread over several days. This makes it easier for voters to socially distance in polling stations while giving everyone time to take part. Even local elections, where turnout is low, have peaks and queues during busier moments. Early voting can also encourage higher turnout. There is time for such legislation to be drawn up and introduced. This would improve elections anyway, if the government acts now and is clear about the intentions of such legal changes.

The people running these elections also need more funding so that they can make voting safe. In Australia, polling stations were provided with hand sanitiser and extra staff were laid on so that extra cleaning could be done. In South Korea, temperature checks were taken before citizens entered polling stations. This all took money. The provision of PPE in South Korea was estimated to add $16 million to the cost of running an election in March 2020. Hand sanitiser and other health measures added $32-37 million to the budget for Sri Lankan elections.

Unfortunately, the UK government has not promised additional funds to make the 2021 elections safe. Chloe Smith, the minister for constitution and devolution, apparently envisages no additional funding being made available to local authorities to conduct the 2021 elections. Writing to electoral officials in September, she said only that local authorities had been given £3.7 billion of un-ringfenced funding to deal with coronavirus in general, and that it continued to be local authorities’ responsibility to fund local elections. This is unacceptable. More is needed.

Decision making needs to be open and transparent. We’ve seen examples of authorities holding public hearings about elections during the pandemic. But decisions are being made unrecorded behind closed doors amongst government officials. Groups representing voters with special needs need to be heard in particular so that everyone is included.

COVID-19 is presenting a very changeable situation and the new strain in the UK may cause plans to change. But if the May elections are to go ahead in England, urgent and decisive action is needed immediately.

This article is republished from The Conversation under a Creative Commons license. Read the original article.