You are here: Home » Blog » It is now necessary for the UK to move towards a UK-wide Constitutional Convention 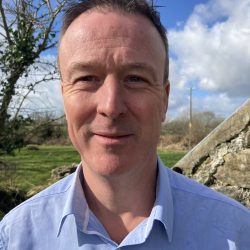 With Nicola Sturgeon having recently addressed the Scottish Parliament about her plans for a second independence referendum, and the Commission on the Constitutional Future of Wales, established by the Welsh Government, currently considering options for fundamental reform of the UK’s constitutional structures, the four home nations of these isles are fast approaching a crossroads in their shared journey. The situation is made more pronounced by Sinn Fein’s May 2022 election victory in Northern Ireland, joining a Conservative UK government in London, a Labour senedd in Wales and an SNP parliament in Scotland.

Unitary states, such as the UK, face ongoing challenges in acknowledging the partial autonomy and diversity of their constituent nations, especially in cultivating and sustaining a sense of belonging to the larger political body. Wales, Scotland and Northern Ireland today hold legislative competence over all matters not explicitly reserved to Westminster, which implies a form of federalism, but without the usual sharing of sovereignty across parliaments.

With many now asserting a multicultural Welsh, Scottish, Northern Irish or English character before claiming a form of dual nationality which also embraces a British personality, it is legitimate to reconsider the nature of Westminster’s parliamentary sovereignty such that it more appropriately encompasses authority only over select key isles wide functions held in mutual interest and regard by the nations. These could include internal trade, currency, large-scale economic considerations, defence and foreign policy. The pressing strategic issue going forward relates to whether sovereignty, as currently understood, should be shared across these five territorially defined identities (including that of Britain) in a traditional federal arrangement or instead assigned individually to the four nations—Wales, Scotland, Northern Ireland and England—which in turn would delegate or pool parts of their sovereign authority to common central institutions of a fundamentally British civic character.

The make-up of individuals’ identities is complex and partly comprises their beliefs, social affiliations, and relationships within national groupings. The fact that 45% of Scottish voters would have preferred to end the Union in 2014 might suggest a lessening in appeal of the British identity. However, some pause is required before jumping to this conclusion as the dual identity of the Scottish people within the UK has complex roots and meanings, including pride in past achievements and a continuing awareness of the cultural and social connections forged between the populations of the isles over many centuries. The same is true of the people in Wales. Admittedly the situation in Northern Ireland is more complicated.

British ideals and values are partly forged by geographic, historic and cultural influences which usefully bridge the demands of world interdependence and the desire for increased autonomy in the nations. Looking forward, the challenge is to capture these principles in a new constitutional framework which strengthens arrangements for self-government—through emphasising common respect for human dignity, freedom, democracy, equality and rule of law—within an isles-wide civic societal structure typified by pluralism, non-discrimination, tolerance, justice and solidarity.

The tacit acceptance by Westminster of Scottish, and by some implication Welsh, independence as a legitimate option suggests that sovereignty is ultimately determined by the populations of the nations separately and not by the people of the UK collectively. Nevertheless, Britishness as a concept is much older than the UK and it is unrealistic to argue that the Welsh or Scottish people, in notional independent territories, would start considering the English as fellow Europeans instead of fellow British.

It is now widely conceded that the devolution measures of the 1990s were insufficiently thought out. If England does join Wales, Scotland and Northern Ireland in establishing a parliament, then the UK will require new provisions for governance. In today’s world, nearly two hundred states are underpinned by written constitutions. Surprisingly, the UK is not, but ironically it has involved itself in drafting constitutions for countless others during the last century, particularly in the British colonies.

As globalisation and migration intensify, states around the world are becoming increasingly diverse culturally, ethnically, legally, politically and religiously. A widely accepted approach to successfully embracing and managing such variations is to revise and improve the nature and quality of governance. This is as true for the UK as it is for other states. The application of a more deliberative democracy, exercised at the national level rather than that of central institutions, is predicated on the assumption that genuine decision-making demands active participation by the public in society’s debates and developments, over and above that of simply casting votes at elections. The fact that written constitutions make the machinery of government more accessible and transparent is one of the most persuasive arguments for their application.

Creating such a written framework for these isles could prove invaluable across the political spectrum, with some finding reassurance in attempting to articulate the more distinctive elements of the UK’s practices in a codified constitution or treaty, and with others seeking to cement the sovereignty position of the four nations individually in relation to a common British civic structure. A selection of such possibilities are outlined in my summary article A New Model for the UK and further explored in the booklet A League-Union of the Isles.

Considering the constitutional and political tensions arising, it is now necessary to move towards a UK-wide Constitutional Convention, with involvement of all political parties and elements of society across the isles to explore the nature of the Union going forward, so that it can be made modern and fit for purpose for the twenty first century.

Glyndwr Cennydd Jones is an advocate for a UK-wide constitutional convention. He is a Fellow of the Institute of Welsh Affairs. Glyndwr’s recent booklet A League-Union of the Isles is available here as an e-book and here as an easily printable pdf version.