You are here: Home » Blog » The Queen’s speech, the Johnson government, and the constitution – lessons from the 2021-22 session 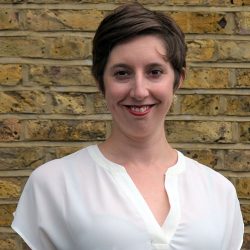 The new parliamentary session began last week, with a Queen’s speech that laid out a highly ambitious volume of new bills. Many of these are likely to prove controversial – including planned constitutional measures.

To assess how the government might proceed, and how this might play out in parliament, it is useful to look back at the 2021-22 session. This was the first of Boris Johnson’s premiership not wholly dominated by Brexit or the Covid pandemic – offering insight into both the government’s constitutional agenda, and its broader legislative approach. Since becoming Prime Minister, Johnson has been accused of a disregard for checks and balances, a tendency to evade parliamentary scrutiny, and a willingness to bend constitutional norms. In earlier sessions, his supporters could blame the exigencies of Brexit and the pandemic – citing the need for rapid action in the face of fast-moving situations. But the government’s legislation and its approach to parliamentary scrutiny in the 2021-22 session suggest that these are more fundamental traits of the Johnson premiership. And whilst Johnson has thus far been successful in passing his constitutional legislation, his rocky relationships with both MPs and peers mean that he may face greater difficulties in the future.

Two clear themes were evident in the constitutional legislation of 2021-22. The first was a tendency to empower the executive at the expense of other constitutional actors, and a willingness to weaken checks and balances. The Elections Act was widely criticised – including by the House of Commons Public Administration and Constitutional Affairs Committee – for reducing the independence of the Electoral Commission via a controversial clause which permits the government to make a ‘strategy and policy statement’ for the regulator. The Dissolution and Calling of Parliament Act transferred control over the calling of general elections from the House of Commons to the Prime Minister. The Judicial Review and Courts Act made, in the end, relatively modest changes to the judicial review system but was preceded by rhetoric about reducing judicial oversight of government action.

The second theme was a willingness to bend constitutional norms both by restricting freedoms, and by breaching international agreements. The Police, Crime, Sentencing and Courts Act introduced new restrictions on the right to protest, which were strongly opposed by civil society. Similar concern greeted the Elections Act’s introduction of voter ID, which experts fear risks disproportionately disenfranchising underrepresented groups. Critics of the Nationality and Borders Act, meanwhile, have warned that certain provisions may breach both the UN Refugee Convention and European Convention on Human Rights.

Though little detail is yet available about the constitutional legislation promised for this new session, early indications are that it will continue these trends. The so-called Brexit Freedoms Bill, for example, will ‘enable law inherited from the European Union to be more easily amended’ – raising concerns that the government intends to grant itself wide-reaching powers to change large swathes of law with only minimal parliamentary scrutiny. Proposals for a Bill of Rights to ‘rebalance power between legislature and courts’ are, at present, less clear. But the rhetoric around it echoes that which surrounded the Judicial Review and Courts Bill, suggesting a similar desire to reduce the courts’ ability to hold the government to account. Perhaps most concerning is the government’s plan, announced subsequently, to legislate unilaterally to suspend parts of the Northern Ireland Protocol. This echoes similar proposals made as part of the Internal Market Bill of 2020 – which ultimately had to be dropped after the government’s admission that they would breach international law provoked widespread outcry, including from the Conservative backbenches. Though the government claims that its new plans would not breach international law, many legal experts are sceptical.

The government’s approach to legislating suggests a similar willingness to empower the executive at the expense of other democratic institutions – this time, parliament.

That is perhaps most evident in the government’s willingness to pack its legislative agenda, limiting the time available for parliamentary scrutiny of often lengthy and complex bills. The Dissolution and Calling of Parliament Bill was allocated only two days in the House of Commons. The government’s attempt to insert 18 pages of amendments into the Police, Crime, Sentencing and Courts Bill during its Lords stages – though rebuffed by the upper chamber – threatened to circumvent all but the most cursory Commons scrutiny of major policy changes.

The squeeze on parliamentary time was also apparent at the end of the session. Of the 34 government bills passed during the 2021-22 session, six completed ping-pong only in the week of the prorogation itself. These included the Elections Bill, Judicial Review and Courts Bill, Nationality and Borders Bill, and Police, Crime, Sentencing and Courts Bill – leading Labour’s Lords Chief Whip to accuse the government of ‘backload[ing]’ the session with ‘very controversial bills’. These could not be carried over to the new session – meaning that the Lords were left with a choice between capitulating over their amendments, or risking the blame for causing a major government bill to fall.

A similar crunch seems likely in the new session. The Queen’s speech announced 38 bills, including five carried over from the previous session – the highest number in any Queen’s speech since 2005 and significantly greater than the average of 22. Two compatible interpretations are possible here. First is that the government does not seriously expect to pass all of the legislation announced, but is instead seeking to rally its backbenchers and voter base. The second – borne out by the evidence of the 2021-22 session – is that it plans to pass as much of this legislation as possible by condensing the time available for scrutiny of each bill. This would be deeply unfortunate. Parliamentary scrutiny is essential both to improve the quality of legislation, and to legitimate government policy – all the more important when that policy is controversial.

The parliamentary relationship, and the outlook for the new session

The government’s tendency to duck parliamentary scrutiny suggests, in part, an awareness that its relationship with parliament is at a low ebb. Johnson has a sizable majority, but backbench tensions – partly resulting from poor parliamentary handling – have been evident almost since the start of the 2019 parliament.

The 2021-22 session was no exception. The government has sometimes squandered backbench goodwill – most obviously over the Owen Paterson case, where it imposed a three-line whip in defence of a Conservative MP found to have breached the standards rules, only to U-turn within 24 hours. The partygate scandal resulted in a public falling-out between the government and Conservative chair of the Public Administration and Constitutional Affairs Committee (PACAC) William Wragg, who accused government whips of ‘blackmail[ing]’ MPs by threatening to withhold funding from the constituencies of those who did not openly support the Prime Minister.

This poor handling of government backbenchers has contributed to major rebellions. In December, 99 Conservative MPs revolted over vaccine passports, and a November rebellion over social care legislation saw 19 Conservative MPs vote against the government and a further 28 reportedly abstain. It has also perhaps hindered the legislative agenda in less immediately obvious ways – as the end of the session neared, one source claimed that planned bills had been delayed because of ‘a mixture of fear of rebellions, willpower and disagreements within Cabinet. Right now they’re just really worried about alienating any wing of the parliamentary party.’ A change of Chief Whip in February was intended to reset the relationship, but has had little noticeable effect.

All this suggests that the government may struggle to complete its ambitious legislative agenda in the new session. But how far these difficulties will affect constitutional legislation specifically is harder to predict. Trouble in the House of Lords is almost certain. The Johnson government’s constitutional reform agenda has run counter to many of the values traditionally protected by the upper chamber – particularly adherence to the rule of law and support for strong checks and balances. As a result, the House of Lords inflicted record levels of defeats upon the government in the 2021-22 session, with the total of 128 easily outstripping the 114 seen in the previous two-year session, and an extraordinary 12 defeats in a single day of ping-pong on the Nationality and Borders Bill. Amongst these were multiple – typically rare – examples of the Lords insisting on its amendments multiple times at ping-pong, citing the need to protect constitutional standards. But despite the government’s strained relationship with the Commons, Conservative MPs generally remained willing to back the government’s constitutional legislation. This allowed the government to make only minimal concessions to Lords opposition, and rely on its Commons majority largely to override peers’ concerns.

Resistance over the Northern Ireland bill is likely in both chambers, as emerged over the Internal Market Bill. But whilst other constitutional legislation is very likely to encounter Lords opposition, its Commons reception is less certain. The key factor will be the Johnson government’s ability to improve, or at the very least maintain, its relationship with its backbenchers in the context of a controversial policy programme and lingering questions over the Prime Minister’s own future. That could mean trouble ahead for the legislative agenda.

Lisa James is a researcher at the UCL Constitution Unit.

This piece is cross-posted with the Constitution Unit blog and can also be found here.