You are here: Home » Blog » The prime minister can strengthen the system for upholding standards in government without giving up his role as the ultimate arbiter 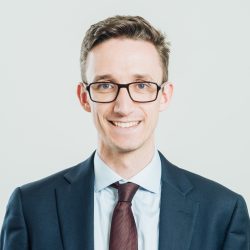 The furore around Matt Hancock’s resignation. The questions about who first paid for the Downing Street flat refurbishment. The outrage that followed lobbying by former prime minister David Cameron. A series of recent events have raised questions about how well standards are enforced in government. Ultimately it is the prime minister who is responsible for upholding standards in public life, but Boris Johnson does not yet seem willing to take steps to deal with the growing chorus of criticism. Our recent Institute for Government report, Updating the ministerial code, sets out the steps the prime minister can take to strengthen both the ministerial code – the rules that govern ministers’ behaviour during and after their time in office – and how it is enforced.

The priority is to set the code on a statutory footing. Unlike the codes for special advisers and civil servants, there is no formal legal requirement for the prime minister to publish a code for ministers, meaning that a future prime minister could simply do away with it all together. By putting the existence of the code into statute, the prime minister will demonstrate that it matters and should be taken seriously. This does not mean that the content of the code needs to be legislated – it is right that it changes as circumstances and prime ministerial priorities dictate. But the principle of a code should be protected.

Giving the code a statutory basis would also allow for the role of the independent adviser on ministerial interest to be strengthened. Lord Geidt took on the role of adviser in April, five months after his predecessor, Sir Alex Allan, quit when Johnson rejected his findings that Priti Patel had broken the ministerial code by bullying civil servants. Upon his appointment Lord Geidt agreed with the prime minister that the terms of reference for the role would be tweaked, allowing him to recommend beginning an investigation and, if a minister was found to have broken the code, to recommend a relevant sanction.

But this does not go far enough to bolster the independence of the adviser. To be truly independent, Lord Geidt and his successors should be able to start their own investigations into potential breaches of the code, rather than requiring the prime minister’s permission to do so. They should also be able to choose not to investigate something, and explain why, where they deem the allegations to have no merit – it is key that they do not have to look into complaints made vexatiously.

The Institute is not alone in calling for these changes: many, including the Committee on Standards in Public Life, have argued the same in recent months. When he appointed Lord Geidt, the prime minister wrote to the chair of the Committee, Lord Evans, to say that while he valued the Committee’s recommendations and was taking many of them on board, he did not agree that the adviser should be able to start his own investigations. Johnson argued that when it comes to beginning an investigation into a potential breach of the ministerial code, ‘that vital responsibility is quite properly mine alone and… one for which I am ultimately accountable to the electorate.’

The arrangement we and others have called for would retain the prime minister’s fundamental role in appointing ministers and holding them to account for their actions, but would strengthen the independent system around the prime minister, enabling him to make more informed decisions, and refute criticisms. As the opposition continue to push the idea that there is one rule for government ministers and another for everyone else, the prime minister has an opportunity to show that he is serious about the importance of high standards in government. Given recent events, it is an opportunity he should take.

Tim Durrant is Associate Director at the Institute for Government, where he leads the ministers programme.