You are here: Home » Blog » The political constitution: an idea worth understanding 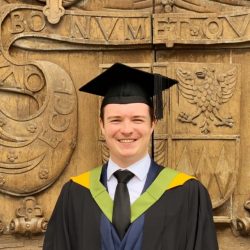 Is the political constitution a concept worth protecting? The Constitution Society has published a new report examining the idea of the political constitution in the United Kingdom, in which I answer this question with a qualified ‘yes’. It argues that the political constitution remains an important concept within our complex constitutional language, existing as a contested and limited idea with several distinct, interconnected meanings, each of which provides only a partial understanding of its conceptual totality. However, these meanings are often conflated or confused. When we appeal to the concept, we should reflect much more carefully on the kind of analysis we are engaged in, taking more care over how we approach, understand, and apply the idea in practice today. As constitutional theory plays a central role in maintaining the constitution itself, encouraging a healthy discourse on these matters is one of the most important ways in which the constitution can continue to evolve, responding to new changes over time. Interlocutors on the subject should bear these considerations in mind when engaging in constitutional analysis or reform.

The report proceeds in three sections. The first examines three major understandings – or ‘images’ – of the concept in contemporary discourse: the historical, the analytical, and the political. The first understands the term in a historical manner as the broad political conditions that constitute a state. The second understands it as a meta-analytical category which is both opposed to and yet bound up with the idea of a ‘legal constitution’. The third understands the term as having normative political weight, operating in the realm of political activity and aimed at achieving a certain political outcome in how a state is organised; that is, a weaponised concept with a distinct political aim. By analysing these different understandings, the report draws attention to the conceptual confusion surrounding the political constitution, laying the groundwork for an analysis of current goings-on in the UK.

The second section looks at how the political constitution has been understood in contemporary debates, examining the circumstances in which the concept has been appealed to and invoked by scholars and actors in recent political argument. Specifically, the report looks at the writings of Professor Richard Ekins, whose reading of the Miller 2 case and other dimensions of the executive-Parliament relationship have been particularly influential on government policy over the last few years. It unpacks several core aspects of constitutional debate in Britain, from the struggle between executive power and parliamentary sovereignty to the ‘guardianship’ of the UK constitution, arguing that greater reflection on the constitutive ‘images’ of the concept would be beneficial for those on all sides of the spectrum, some of whom have come to adopt more weaponised and ‘political’ understandings of the term at the expense of historical depth or analytical rigour without acknowledging how this distorts their thinking. The section concludes that more care should be taken when considering which aspect of the concept is being invoked in particular instances, especially when contentious conclusions are drawn from orthodox starting points – such as Ekins’ claim that Miller 2 fundamentally destabilised a core concept of the political constitution: parliamentary sovereignty.

The third section asks whether, given this conceptual confusion, there is anything worth protecting about the political constitution today. To this end, the report examines three different constitutional models: Martin Loughlin’s ‘unified’ historical model, which attempts to dissolve the legal versus political divide in constitutional scholarship; Aileen Kavanagh’s analytical ‘institutional’ model, which refocuses away from abstract theorising and onto the actual relationships between Parliament, the executive, and the judiciary, which have shared responsibilities for upholding the constitution; and a third which I term the ‘homeodynamic’ model. The homeodynamic model emphasises the limited and particular role different understandings of the constitution – even weaponised ones – play in maintaining and sustaining constitutional discourse. It seeks to contextualise these within the overall ‘conversation’ of the constitution. Acknowledging the strengths of Loughlin and Kavanagh’s theories – both of which are eminently preferable to the ‘legal versus political’ divide of years gone by – the report argues that the homeodynamic model provides a more suitable overarching framework to understand the current tensions within the British constitution. It can act as a framework within which various constitutional viewpoints can be reconciled, recognising the value that historical, analytical, and political understandings have for sustaining political discourse, while noting the limited role overall each of these plays.

Daniel Skeffington is a Research Fellow at The Constitution Society. You can read his full report ‘The Political Constitution: An Idea Worth Protecting?’ here.