You are here: Home » Blog » The Lord Advocate: a need for reform or reflection? 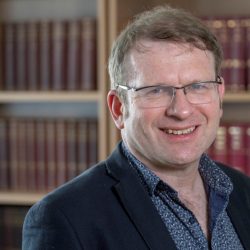 In the maelstrom of British politics over the last five years constitutional debates over relatively ornate details of public law have entered popular parlance. Discussion on the limits of the Royal Prerogative and prorogation have filled social media and the popular press. However, perhaps more surprisingly, the frenzied world of Scottish politics has embraced a debate on one of the oldest constitutional offices of all: the Lord Advocate.

The reason for this has been the intense scrutiny over the Scottish Government’s handling of complaints against former First Minister Alex Salmond and his subsequent acquittal at his criminal trial. These debates reached a peak with the publication of two reports last week. These cleared First Minister Nicola Sturgeon of breaching the ministerial code. As a result, despite much anticipation, the Scottish Parliament dissolved for May’s election with no resignations.

Only a few weeks before however the claims being made about the Lord Advocate had reached fever pitch. In his marathon evidence session in front of the Scottish Parliamentary Inquiry, Salmond himself called for Lord Wolffe – the current Lord Advocate – to resign, arguing that there had been a ‘deliberate, prolonged, malicious and concerted effort’ to damage him amongst the Scottish Government of which, by implication, Wolffe was a part.

The reason for these fairly unprecedented attacks on Scotland’s top law officer stem from their unique constitutional role. As well as being a member of the Scottish Government and acting as its principal legal advisor, the Lord Advocate is the head of the Crown Office – Scotland’s criminal prosecution service. All criminal cases are brought in his name. This is in sharp contrast with the situation in England, where the Director of Public Prosecutions is a role held by a legal practitioner, at one time Sir Keir Starmer, and completely independent from governmental structures.

As the main prosecutor in Scotland, the Crown Office is no stranger to controversy. They must decide, for example, whether it is in the public interest to bring criminal charges in certain cases. Although the Lord Advocate would have no role in these specific decisions, he is ultimately accountable for them. The events of the Salmond affair have led to renewed demands for reform of Lord Wolffe’s constitutional position.

The Lord Advocate has possessed this ‘dual’ role since Scottish devolution was established in 1999, although the role itself has existed for much longer than this – its roots lie in independent feudal Scotland and it predates the Union of Monarchs and Parliaments which formed the British State. In the centuries where no Scottish Parliament existed, and the British government was in its infancy, the Lord Advocate played a unique and very powerful role. This was largely due to the independence of the Scottish legal system, which had been guaranteed in the Act of Union.

Salmond’s critique of the Lord Advocate stems from the conflict of interest that evolves when   there is a high profile criminal case involving the Scottish Government either directly or indirectly. The more over the top of the recent accusations involved claims that the Lord Advocate personally intervened to stop certain evidence involving Alex Salmond’s criminal court case being available to the Scottish Parliament.

The lawyer in the room?

But beyond the details of this specific case the peculiar role of the Lord Advocate in Scottish devolution has in fact had many advantages. The Scotland Act 1998 guarantees that they will be in the Scottish Government so there is always a ‘lawyer in the room’ when discussions and decisions are made. This is particularly important when you have a legislature like the Scottish Parliament, where law making powers are limited and indeed Acts can be struck down by the courts if they do not comply with specific legal requirements.

During one of the many Brexit debates the Lord Advocate personally appeared at the Supreme Court to present the case that the legislation passed by the Scottish Parliament to deal with Brexit was within their powers. A case which ultimately was lost.

This arrangement also means the Lord Advocate can appear before Holyrood to answer questions from MSPs.  Indeed, Wolffe has done this several times in relation to the Salmond Inquiry. This is in sharp contrast to the situation pre-devolution, where although the Lord Advocate was nominally a member of the UK Government, in practice they rarely attended. Also, as a me­mber of the House of Lords, there was no direct route of accountability to elected politicians from Scotland. This deepened the sense that UK governmental institutions were alienated from from the Scottish polity.

It could be argued that these advantages ignore the contradiction of the Lord Advocate being the head of criminal prosecutions. However, even here there have been advantages to having that position within the Scottish Government. For example, under devolution all members of the administration have to follow the European Convention of Human Rights. This means that because of the Lord Advocate’s role as a member of the government the entire criminal justice system is subject to legal scrutiny over its human rights’ compliance. In the early years of devolution this resulted in radical changes to the way the judiciary were appointed, provoked by a legal action against the Crown Office. Even as recently as a decade ago, a challenge to long-standing  Scottish police powers in relation to detaining people without access to legal advice was successful. As significant as these headline grabbing court cases has been the overall auditing of procedures to make sure that there is compliance with Convention rights, in order to prevent possible legal actions.

Such issues could explain why seasoned Scottish legal practitioners such as ex-President of the Supreme Court, Lord Hope, are wary of making drastic changes to the position – saying that separation ‘would be a very big step to take’. Wolffe himself fought back with strong words when giving evidence to the Scottish Parliament stating that arguments that he personally intervened in criminal cases were “baseless” and “wholly without foundation”. He also explained the role of the Crown Agent, David Harvie, and his more hands-on job in the day to day running of the Crown Office. This was an attempt to dismantle the argument that the Lord Advocate is involved in the minutiae of criminal prosecution.

Even the full Scottish Parliamentary Report into the handling of the complaints against Salmond by the Scottish Government, despite the heightened political rhetoric, pulled its punches on the question of the Lord Advocate’s role. It stated that there was a ‘long standing tension’ in the dual roles and a ‘problem with public perception’, but did not recommend any changes. This statement itself was only agreed by a majority vote, with the minority reluctant to make any criticism of the Lord Advocate’s role.

Some casual observers of the Scottish situation have stated that the discussion over the Lord Advocate reflects a ‘separation of powers’ crisis. But in a strict constitutional sense this is not true – Lord Wolfe is only a member of the executive; what the issue focuses on is whether the Government’s legal advisor should also be the nominal head of criminal prosecution in Scotland.

It is early days in the Scottish election and no manifestos have yet been published but the new leader of Scottish Labour Anas Sarwar made one of his first policy pronouncements on the Lord Advocate. He stated the roles ‘should be separated’, and this has been echoed by the Scottish Conservatives.

Unlikely as it seems, one of the key constitutional issues to emerge from the extremely heated Salmond-Sturgeon conflict is the future role of the Lord Advocate. Before any reform becomes a reality though a more sober analysis of the benefits of the arrangement must be made.