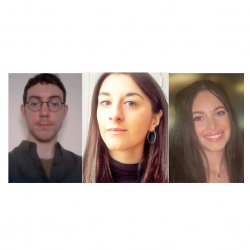 On 14 December 2021, after a year of work engaging with experts from across the political spectrum, the Independent Human Rights Act Review (IHRAR) published its thorough and carefully evidenced report. On the same day, the government published its own Human Rights Act (HRA) consultation. This consultation closes on 8 March 2022 and has inevitably generated significant political, legal and academic interest.

The second blog examines two questions: important matters which the consultation does not consider, such as the use of the HRA outside the senior judiciary and its application to private contractors, and potential opportunities arising from the consultation, such as advancing public debate on rights and enhancing the role of Parliament.

The consultation and the IHRAR

Of course, the government is not bound by any independent commission. But the divergence between IHRAR’s recommendations and the government proposals is striking.

In some crucial areas, the government has not had the benefit of any recommendations from IHRAR. IHRAR was established to consider technical HRA provisions concerning, first, the relationship between the different branches of government and, second, the relationship between domestic courts and the European Court of Human Rights (ECtHR). Examining substantive rights protected by the European Convention on Human Rights and imported into UK law by the HRA fell outside IHRAR’s scope.

The government consultation goes well beyond this. It makes several proposals in relation to substantive rights, specifically the right to respect for private life (Article 8) and the right to freedom of expression (Article 10). Bringing in new and radical proposals at this stage means that there are less than three months to respond – in contrast to the IHRAR issues, which the panel debated with academics and practitioners at roadshows throughout the summer of 2021.

In other areas, IHRAR made thoughtful recommendations which have been ignored: government proposals represent a dramatic departure from the recommendations.

Take section 3 HRA, for example. This section obliges courts to interpret legislation compatibly with Convention rights, so far as it is possible to do so. IHRAR recommended some modest reforms: amending section 3 to clarify that interpretations based on common law rules take priority over the section 3 statutory obligation; a database of section 3 decisions to increase transparency; and an enhanced role for Parliament through the Joint Committee on Human Rights (JCHR). Otherwise, no changes.

By contrast, the consultation proposes either doing away with section 3 altogether, or weakening it considerably. Appendix 2 offers two different drafting options but, broadly speaking, the aim is to ensure that the obligation to interpret legislation compatibly with human rights kicks in only where there is ambiguity, and only where such interpretation can be done in a manner consistent with the wording and overriding purpose of the legislation. This would not be a clarification, as IHRAR recommended, but a serious diminution.

The consultation in the broader constitutional reform context

This consultation does not emerge from nowhere: it has a history and context that predates IHRAR. The Public Law Project has been tracking this context with its UK Constitutional Reform Tracker, that compiles and categorises over a thousand searchable events of constitutional significance under the Johnson administration. This includes Bills, statutory instruments, cases and policy papers.

The Conservative Party’s manifesto for the December 2019 general election promised that if elected the Conservatives would reexamine ‘the relationship between the Government, Parliament and the courts’, with particular focus on judicial review and the HRA (p.48). Upon being returned to office, the government has been ‘eating the elephant in chunks’ (Q601), through a series of commissions, reviews and Bills that relate to judicial review and human rights.

These changes rest on a background political assumption that there has been considerable judicial overreach, with the courts stepping into territory reserved to the executive and Parliament, which needs to be restored to a better, past balance between each branch. The result is a set of measures which, taken together, reduce judicial safeguards for the individual, narrow or close routes of redress involving the courts, and reduce executive accountability.

This includes the Judicial Review and Courts Bill that creates a presumption that quashing orders should not nullify unlawful executive decisions immediately but only at some stage in the future, and contains an ‘ouster clause’ abolishing a particular form of legal challenge for serious legal errors made in the tribunal system. The government has made clear that the ouster clause in clause two of the Judicial Review and Courts Bill will be used as a template for future ousters being considered.

The government also proposed an ouster clause in the United Kingdom Internal Market Bill, which would have excluded whole swathes of ministerial regulations from challenge (although this was later withdrawn from the Bill), and in the Dissolution and Calling of Parliament Bill, which excludes the prerogative power to dissolve Parliament from judicial review.

On top of this are the significant procedural and evidential changes made to immigration challenges in the Nationality and Borders Bill, including abolishing some appeal rights (clauses 19 and 27).

Each of these proposals may have reasonable justifications individually, but taken together there is a discernible trend of weakening the judicial accountability of the executive. The HRA consultation fits into this broader context and trend.

The evidence base of the consultation

Unlike IHRAR’s report, which was based on evidence and data, the consultation contains no evidence whatsoever in respect of some important claims.

For example, the consultation argues (in Q11 and 26 other references) that the courts have expanded the ‘positive obligations’ on public bodies to take action to secure human rights. But instead of setting out how much it costs to meet these positive obligations and the relative importance of the rights they protect, the consultation only makes general assertions about expense and inconvenience. This leaves academics, practitioners and civil society to gather what evidence they can during the short consultation period.

Even where civil society has already collected and analysed the relevant data, the consultation has not used this research. In fact, some of the consultation’s claims contradict the available evidence.

This appears to be based on an objection to the courts declaring secondary legislation invalid or disapplying their provisions. However, this power over secondary legislation comes from the common law, not the HRA. And the courts very rarely use it, instead preferring their existing power to simply declare a breach of human rights. Research shows that, of the 14 successful challenges to secondary legislation between 2014 and 2020, the court quashed or otherwise disapplied the offending provisions in just four of them – leaving thousands of statutory instruments untouched. The consultation does not mention these statistics, although the IHRAR report did.

Much more commonly, where a court finds that secondary legislation violates human rights, they make a declaration to that effect. They have the power to do this, even though section 4 does not apply: see, for example, R (TD) v Secretary of State for Work and Pensions. Such declarations do not affect the continuing validity of the legislation. The legislation remains in force and the government can respond to the adverse decision as they see fit. This makes it difficult to see the need for the proposed reform.

Another example of the consultation’s unsatisfactory approach to evidence is its handing of Article 8, the right to respect for private and family life. It asserts that since the HRA, ‘the UK courts have expanded the scope for challenging deportation orders under Article 8’. But data on the grounds for these challenges are not publicly available, so this assertion relies on internal Home Office figures on the number of times Foreign National Offenders (FNOs) have won appeals against deportation – making it hard to either validate or contest. Several problems can, however, be identified.

Firstly, the data provided does not show how the figures have changed over time.

Secondly, the figure of 40 per cent of successful appeals against deportation by FNOs includes data from several years before changes to the law in 2014 which made it harder to win appeals on Article 8 grounds (the Immigration Act 2014).

Thirdly, an ‘estimate’ that, of appeals that FNOs won on human rights grounds, 70 per cent were based solely on Article 8 is simply about the relative success of Article 8 compared to other human rights grounds and is based on a random sample of fewer than 300 cases, which might not be robust methodology.

Lastly, the consultation makes significant omissions. For example, it does not refer to the number of cases in which the Home Office is granted permission to appeal to the Upper Tribunal against these First-tier Tribunal decisions. Nor does it mention that FNOs can be deported before appealing, which makes them less likely to appeal and, even if they do try to appeal, establishing access to a tribunal can prove difficult from certain locations.

We can see, then, that there are causes for concern in the government’s consultation. Its proposals depart significantly from a well-researched report written by an expert and intellectually diverse panel, it fits into a broader constitutional context of reducing the accountability of the executive through the courts, and its approach to evidence is found wanting. We will continue our examination of the consultation in a second blog relating to crucial questions that the consultation does not consider and, in a more positive sense, what opportunities the consultation presents for those committed to legislatively protected human rights.

Tatiana Kazim is the Public Law Project’s Research Fellow in Public Law and Technology. She holds a Bachelor of Civil Law and an undergraduate law degree from the University of Oxford, and a politics and philosophy degree from the LSE.

Lee Marsons is an Assistant Lecturer at the University of Essex, Research Fellow at the Public Law Project and Editor of the UK Administrative Justice Institute.