You are here: Home » Blog » The Dunlop Review: implications for the Union? 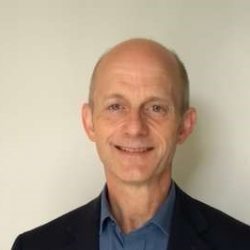 Philip Rycroft is former Permanent Secretary (2017-2019) at DExEU. From June 2015 to March 2019 he was head of the UK Governance Group in the Cabinet Office, with responsibility for advising ministers on all aspects of the constitution and devolution. He is Distinguished Honorary Researcher at the Bennett Institute for Public Policy and POLIS.

The remit for the Dunlop Review was tightly drawn: to consider whether UK government structures are configured in such a way as to strengthen the workings of the Union. Judged by the reach of his recommendations, Lord Dunlop has clearly concluded that there is much to be done to improve the way that Whitehall goes about its business in respect of the devolved parts of the UK.

The Whitehall that he encountered has long struggled to put understanding of the interests and concerns of the devolved parts of the UK high up its agenda. The reasons for that run deep. Even prior to devolution, much of policy with respect to Scotland and Wales was already handled by the territorial departments, the Scottish Office and Wales Office. Dealing with Northern Ireland was always driven by its own exceptional issues and was never of general concern to Whitehall departments. Devolution in the late 90s matched administrative with legislative devolution. It did not require much change to the workings of Whitehall itself. ‘Devolve and forget’ was a rational policy response, not least given the default orientation of ministers and civil servants in Whitehall to the interests of their own department.

Moreover, the system of inter-governmental relations was honoured more in the breach than the observance. Meetings of the Joint Ministerial Committee were perfunctory, when they happened at all, and only exceptionally provided a forum for a serious endeavour to achieve cross-government agreement on matters of shared interest. Most interactions between governments were informal. This construct could not bear the pressure put on it by Brexit.

Lord Dunlop makes a series of eminently sensible suggestions to deal with these problems. He proposes the creation of a new UK Intergovernmental Council to reset relations between the governments of the UK. He argues that civil servants should not aspire to promotion to senior levels without being able to demonstrate devolution capability. He argues that the UK government should be more visible in the devolved parts of the UK, using funding to promote both UK-wide projects and collaborative working between the UK and devolved governments. Strikingly, he proposes the creation of a new great office of state, a Secretary of State for Intergovernmental and Constitutional Affairs.

How will the UK government respond? In a letter issued at the same time as Lord Dunlop’s report was published, Michael Gove, who as Chancellor of the Duchy of Lancaster has lead responsibility for devolution issues, basically claimed to be already acting on most of the recommendations. Certainly, there appears to be a renewed effort in Whitehall to ensure that devolution capability is central to the way that departments go about their business. Mr. Gove’s own department, the Cabinet Office, will relocate 500 jobs to Glasgow. The UK government has taken powers in the Internal Market Act to spend money in devolved areas of policy and is committed to reform the handling of intergovernmental relations.

So is this a new beginning for Whitehall and devolution? We must wait and see – on the evidence to date, the jury is still out. The UK government does not yet seem to have worked out whether it wants to take a genuinely collaborative approach to working with the devolved governments or whether a more assertive and adversarial positioning will prevail.

On its proposals on spending in devolved areas, the UK government appears set on by-passing the devolved governments altogether and working directly with local authorities. Quite apart from the practical issues of making this work, this is almost designed to cause antagonism with the devolved governments. It is also notable that an announcement on the flying of Union Jacks at seemingly every possible opportunity – a proposition likely to be met with disdain by at least half of the population of Scotland – was given far more puff by the government communications machine than the publication of Lord Dunlop’s review.

At a more profound level, the areas of continued debate over the review of intergovernmental relations appear to show that the Prime Minister’s heart is not in this enterprise. A sentence still in square brackets in the text of the proposed agreement, which the UK government published alongside the Dunlop review, provides for meetings to be chaired by the ‘Prime Minister or their nominated deputy’. It is not surprising that the devolved governments have not agreed to this; it would represent a serious downgrading of the mechanisms for intergovernmental working if the Prime Minister was not to chair plenary meetings in person. What is it about this Prime Minister, at a time when the Union has never been under greater threat, that makes him think he can absolve himself of his responsibility to seek to sustain good relationships with the devolved governments?

Moreover, there is no sign at all that the UK government will agree to Lord Dunlop’s most eye-catching recommendation, the creation of a new great office of state to deal with intergovernmental and constitutional policy. This is a real litmus test. Much else in the government’s response could be dismissed as window dressing. If this recommendation is accepted and acted on quickly, it will be a sign that the government has finally put the integrity of the UK Union at the heart of all it does.

Lord Dunlop’s review was never going to answer all questions about the sustainability of the UK Union. What he proposes is certainly necessary, but not sufficient to halt the fragmentation of the United Kingdom. That will require bold and radical thinking, responsive to the exigencies of a fraught post-Brexit world. Is this UK government big enough for that? The signs are not promising.

The paper,  ‘Union at the Crossroads: can the British State handle the Challenges of Devolution?’ authored by Philip Rycroft, Professor Michael Kenny and Jack Sheldon, will be published by the Bennett Institute and The Constitution Society on 12 April 2021.

This article originally appeared on the Bennett Institute blog. It is republished with their permission. Read the original article.