You are here: Home » Blog » The Conservatives and the SNP: more in common than meets the eye? 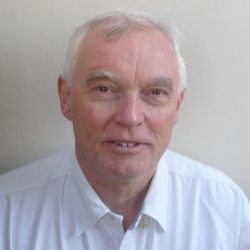 The SNP came to power in Scotland having had no previous experience of government and with few core policies other than Scottish Independence. It had a charismatic and controversial leader in Alex Salmond but wasn’t supported by any heavyweight think tanks, nor by experienced Special Advisers. The new government accordingly leant heavily upon Scottish Government civil servants. The latter work within the rules and customs of the wider UK Civil Service, and in particular are supposed to avoid any sign of political allegiance. In practice, partly as a result of ministerial pressure, and partly because it was the only way to ensure smooth and effective administration, senior officials became close to SNP ministers and were more obviously supportive of SNP policies than their London colleagues thought wise. More recently, Scottish Permanent Secretary Leslie Evans has of course been accused of lack of impartiality in the handling of the investigation into Alex Salmond.

The parallels with the Boris Johnson government in Westminster are all too clear. The Johnson Cabinet is weak and inexperienced, having been chosen exclusively from the ranks of Brexiteers. It has a charismatic but controversial leader and no obvious core policies other than to get Brexit done. Its promise to “fix the crisis in social care once and for all – with a clear plan we have prepared” was a lie. It didn’t have any idea how it intended to take advantage of post-Brexit freedoms, nor did it have an “oven-ready Brexit deal”. Its closest supporters may not be drawn from post-UKIP ‘fruitcakes’ but they are certainly not drawn from mainstream industrialists, scientists and economists – or even heavyweight think tanks. Its most prominent Special Advisers, in the form of Dominic Cummings and his close colleagues, clearly had no clue how to get things done in government.

The result, as in Scotland, has been heavy reliance on a civil service that has in turn been anxious to ingratiate itself with its new political bosses. Obliquely supportive officials’ tweets have become more common and the recent Good Law Project litigation has shown how Cabinet Office officials have given up challenging procurement decisions.

It is perhaps even more concerning that Whitehall mandarins had previously learnt not to challenge any policy that was anything to do with Brexit. There is no sign, in the recently published Jeremy Heywood biography, that he or any of his senior colleagues fought to be allowed even clandestine preparations for a referendum decision to leave the EU, even though Rachel Sylvester (I think correctly) reports that, ‘There is now widespread recognition in Whitehall that [this was] one of the biggest mistakes made before the referendum’. Nor is there any sign that they were forceful in seeking to get ministers to face up to the clear need for a border either between Northern Ireland and the Republic, or down the Irish Sea, even though, as his new biography reveals, Jeremy Heywood commented as follows as long ago as 2016:  “But do you know what the most difficult issue is? … Ireland”.

But what else could they do, potentially faced with a choice between having limited influence and no influence at all? Exactly the same dilemma has faced political journalists who would have lost all their access to gossip and intrigue if they had challenged Johnson, Gove et al in the way that the civil service had failed to do. The self-censorship was perhaps most obvious on the BBC’s main channels where a perceived  anti-government stance could have imperilled the institution’s core funding.

The same dilemma faced most of the private sector who (in my view correctly) thought it wrong to criticise the referendum result, but went on to fail to challenge ministers’ approach to implementation. They were almost certainly wise to fear politicians who reacted angrily to criticism. Even Mr Johnson’s predecessor, Theresa May, had forced Deloitte to withdraw from bidding for government contracts for six months when she heard that the consulting firm had expressed concern that she drew in too many decisions and details to be settled by herself. It is disturbing that senior officials allowed this to happen. Deloitte had done nothing wrong, and her response probably broke the law in the form of EU procurement rules. As David Lock QC commented ‘truth telling is not a permissible reason to exclude bidders’.

This is a deeply depressing story, but it was also predictable and predicted. John Kay, as long ago as 2013, forecast that Scottish independence could likely lead to a mixture of rather conservative municipal socialism and crony capitalism. He might as well have been talking about post-Brexit Britain. And David Richards et al have long chronicled the decline of the Westminster Model of UK government:

‘Since 1997, but in particular after 2010, a number of core changes in the process of governing have fundamentally transformed both Whitehall and more broadly, the state. This in turn creates a crucial problem; whilst UK governance is going through a process of radical change, the constitutional precepts are said to remain in place. The net effect … is that the mechanisms of democracy and accountability are not keeping up with changes in practice. The … shift in the nature of the relationship between ministers and civil servants [means that] the deliberative space afforded for critical engagement over public policy has been diminished. The Westminster Model has always been recognised for its limited number of veto points. Such a shift has further exacerbated this dimension of the model, leading to what Anthony King and Ivor Crewe refer to as growth in the “blunders of our governments”.’

Sadly, as long as the Johnson government – and to a lesser extent the Scottish nationalists – believe that everyone who is not ‘for’ them must be ‘against’ them, they will continue to face very little challenge from the media, from industry and in particular from their civil servants. There will be the occasional principled resignation along the lines of Home Office Permanent Secretary Philip Rutnam and chief lawyer Jonathan Jones, but it is noticeable that their senior colleagues either disagreed with them or (more likely) did not have the guts to follow them. But no-one seems to care. As David Allen Green commented so perceptively in a recent tweet:

‘Law and policy commentary in the age of Brexit, Trump and Covid is like being Benjamin the donkey in Animal Farm: “Fools!” Do you not see what is written on the side of that van?’

Martin Stanley, was a Senior Civil Servant in the Business Department and Cabinet Office. He then became Chief Executive of the Better Regulation Executive, the postal industry regulator Postcomm, and the Competition Commission. He edits the Understanding Government website.