You are here: Home » Blog » ‘Stop the world, Scotland wants to get on’: devolution and Scotland’s role in the world 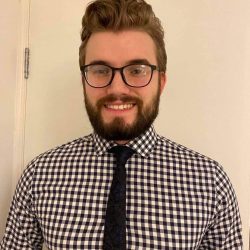 In 1967, Winnie Ewing uttered the immortal words ‘stop the world, Scotland wants to get on’ and helped thrust the SNP into centre-stage of Scottish politics. Decades later, it is clear that Scotland has indeed gotten on in the world. More than two decades of devolution have allowed Scottish politicians and officials to make an impact on the global stage. Recently Glasgow played host to COP26 and Scots were treated to the sight of the First Minister side-by-side with Presidents and Prime Ministers from around the world.

What is not readily understood in Scotland and indeed the wider United Kingdom, is that this is normal. Throughout the world, sub-state governments frequently engage in international relations. Bavaria, California, Quebec, Catalonia, the Faroe Islands, Flanders, Maharashtra, the Western Cape. Many of these governments are enabled to do so by formal constitutional mandates and have the legal authority to conduct their own foreign policy. The political culture is also strikingly different in many of these regions, with national governments adopting much more positive attitudes to their sub-states conducting their own foreign policies. For example, Denmark has supported the Government of the Faroe Islands’ goal to join the European Free Trade Association and has in the past signed treaties and agreements to help facilitate a distinctive Faroese foreign policy, most notably the agreement that the Faroe Islands remain outside of the EU whilst Denmark as a whole remains a member. It is difficult to imagine the UK government – Conservative or Labour – adopting a similar approach with regard to any of the devolved nations. Indeed, it took immense external and internal pressure for Westminster to respect Northern Ireland’s distinct needs when negotiating the Brexit deal.

Researching Scotland’s foreign policy footprint has made it clear how woefully underequipped the UK is for allowing sub-state diplomacy, both in terms of political culture and constitutional structure. The centralising attitude of the UK government has proven erosive to good inter-governmental relationships.  Despite a recent agreement laying out the plans for a new intergovernmental council, there is yet to be any evidence of a cultural shift from the ‘Westminster knows best’ attitude that permeates so much of British politics. The Prime Minister’s past insistence that devolution was a disaster stands out as a particularly grievous example of this.

In my research it was striking just how much autonomy sub-states were afforded by their respective constitutional regimes in the realm of international relations. For example, Catalonia, the Faroe Islands, Flanders and Wallonia all hold the right to conduct international relations with respect to all matters under their jurisdiction. But it is not just autonomy that these sub-states are afforded. In Germany for instance, there is a constitutional requirement that the Länder must be consulted by the federal government when a treaty is being negotiated dealing with matters under their jurisdiction. The often-chaotic Brexit process would have been significantly different had the UK government been constitutionally mandated to consult the devolved nations in a similar fashion. The already strained relationship between the Scottish and UK governments significantly deteriorated during the Brexit process, largely due to the UK government’s centralising attitude.

Emulating these other countries could prove beneficial to both Scotland and the UK. The constitution is under immense strain from the poor relationships between the UK government and the devolved nations. The root of this poor relationship is the overwhelming size of England, alongside its distinct political culture. Devolution already accommodates the distinctive political cultures of Scotland, Wales and Northern Ireland. There is no reason this principle should not extend to foreign policy. My research suggested that Scotland would benefit from having the competency to conduct foreign policy in respect to all matters currently devolved to it in a similar fashion to Catalonia, the Faroe Islands and the various sub-state governments of Belgium. It would, for example, allow the Scottish government pursue closer relations with the EU in some areas, without requiring the UK government to compromise its commitment to Brexit.

Similarly, whilst the plans for a new UK intergovernmental council is a step in the right direction, this forum must be put on a statutory footing and afforded the same constitutional status as the devolved parliaments. The new forum has some positive aspects. But the retention of the Prime Minister as chair suggests a hesitancy to move away from Westminster supremacy in intergovernmental relations. Given its infancy, to work effectively all governments will have to approach it with a positive and co-operative attitude. In my recent report, I recommend a requirement for devolved consent to any treaties negotiated by the UK government that impact on devolved areas.

Devolution is famously a process and not an event. What better way to live up to this mantra than by devolving foreign policy to Scotland?  The effect of these proposals would be to significantly upgrade Scotland’s foreign policy capacity whilst also lessening the potential for territorial conflict between the two governments over foreign policy. The status quo will mean continued strain on the already fragile UK constitution.

Reuben Duffy is a Research Fellow at The Constitution Society. You can read his full report on Scotland’s foreign policy footprint and potential constitutional models that could be replicated in the UK here.