You are here: Home » Blog » Starmer’s Labour and devolution: what have we learned so far? 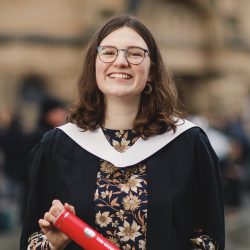 The Union of England, Scotland, Wales and Northern Ireland is increasingly unstable. The last several years of UK politics have seen growing support for Scottish independence and relations between the four governments of the UK are increasingly strained.

The UK Labour Party have struggled in this environment to find a coherent and distinctive position for themselves between that of the Conservatives, pursuing a policy of hard unionism; and the SNP, who are pushing for a second Scottish independence referendum.  However, on 21 December, Sir Keir Starmer made a flagship intervention on the issue in a speech entitled ‘A socially just Scotland in a modern United Kingdom’, in which he shed some light on UK Labour’s devolution policy, especially as it relates to Scotland. Starmer recognised the ‘challenge ahead’ for Labour in renewing the case for devolution, emphasising that the party ‘sees devolution as a means to an end. To empower. To democratise. And to deliver social justice.’

We learned something from the speech of what Starmer intends to do to meet this challenge. But there are still many unanswered questions about exactly how Labour will proceed, and where they lie on some key devolution issues.

Labour plan to set up a ‘UK-wide constitutional commission to consider how power, wealth and opportunity can be devolved’.

This commission will ‘focus on delivering real and lasting economic and political devolution’ and will be advised by former-PM Gordon Brown. It will aim to make recommendations about how ‘power and wealth can be devolved to the most local level’. As Starmer said, ‘a project of this scale and this urgency should be initiated by the UK Government’. But, in the meantime, Labour’s commission could be a useful means of finding concrete ways to alter and secure the devolution settlement.

However, so far, we have few details about what the commission will look like in practice.

What kind of timescale will it operate on? Devolved elections are due to take place in May and Starmer has committed to the Scottish element of the commission being ‘completed as soon as possible’, but this does not give much time to thoroughly and extensively investigate the issues.

By ‘listening to people in their communities’ does Starmer mean that it will include some element of citizen deliberation? In particular, he said that it ‘must not be a project by and for Westminster’, but how will he ensure that a wide and diverse group of voices are heard?

Finally, and arguably most importantly, it is not clear what will happen if different constituent parts of the UK come to different conclusions. For example, Starmer said that ‘The commission will make the positive case for the UK’, but what if the ‘local communities’ the commission speaks to in Scotland, Wales or Northern Ireland do not want to be part of the UK?

Labour want to ‘hear from and work with our great mayors and council leaders’ to learn from their expertise.

Starmer explained in the speech that he wants the expertise of Labour mayors and council leaders to inform the commission’s work. This will be beneficial in expanding the range of voices Labour hears from. Regional leaders no doubt do possess useful expertise. However, Starmer has not yet detailed what role local leaders will play, nor what he thinks the commission should be looking to learn from them.

Furthermore, despite pledging to ‘put our nations and regions at its centre – our Metro Mayors, Mayors, local leaders and councillors’, Starmer failed to mention what, or if, the national Labour Party or the commission can learn from the Welsh Labour Party. Welsh Labour are arguably the most successful constituent part of the Labour movement right now and have been in government in Wales, in coalition or alone, since the first devolved elections in 1999. Notably, they have a clear conception of what they consider the Union to be. The Welsh Labour government are pro-Union and pro-devolution, but see the Union as ‘a voluntary association of nations’, where any one nation may secede if it so chooses and where the principles of devolution should be enshrined in law. Could the commission, in trying to advise Labour on how to renew its position in Scotland, look to Welsh Labour for answers on this?

Not only that, but the speech said little about Labour’s devolution policy in relation to Wales at all. It’s true that Labour has a bigger challenge in Scotland, and the title of the speech does refer to Scotland explicitly. But there are also Welsh parliament elections happening in May and leaving out any mention of what could be next for Welsh devolution seems an odd omission. Does this mean that Starmer does not see eye to eye with the leader of the Welsh Labour government, Mark Drakeford, on these issues? A recent report endorsed by Welsh Labour and Drakeford championed the idea of ‘radical federalism’, but since winning the Labour leadership election Starmer has not addressed the principle of federalism in any great detail, despite pushing for it during his campaign.

Labour will ‘argue passionately against another independence referendum’

We also learned that going into the 2021 Scottish Parliament elections, the Labour Party will argue against a second independence referendum. Over the past several years, Labour’s position on a second referendum has been ambiguous. In the run up to the 2019 general election, Jeremy Corbyn said that there would be ‘no referendum in the first term of a Labour government’, but was subsequently much vaguer – ruling out a second referendum in ‘the early years’ of a Labour administration.

With the Scottish Parliament elections approaching, Starmer emphasised that Labour will ‘argue that [there shouldn’t be a second independence referendum] today. We will argue that tomorrow’. But will they argue it in June 2021 if the SNP win a landslide majority? Will they argue it this time next year if polls continue to show increasing support for independence? Labour are clear that they are a pro-Union party and would never support the Yes side in any future referendum. But as the party of devolution, Labour has long made the case that it is for the people of Scotland to decide Scotland’s constitutional future. As recently as September 2020, Starmer conceded  that an SNP majority would provide a mandate for a referendum. Is that still his position? Based on his speech before Christmas, the answer is not clear, and yet this may soon become the central question in British politics, if the SNP carry forward their sky-high opinion poll ratings into a decisive victory on election day. Labour will not be able to fudge this issue indefinitely.

Although it is a welcome development in the devolution debate, if this commission is to be useful and productive exercise for Labour, there are still many questions they need to answer. If Labour wants to make a serious counter offer in the debate on Scottish independence, it must be clear about what that counter offer will be. The commission is a good start in terms of finding out what people around the UK are looking for from devolution.  But what might further devolution actually look like? Scottish Labour have supported the devolution of employment law in the past – could this be one option? Welsh Labour have long supported justice devolution to Wales.

Finally, the UK is still one of the most centralised states in the world and drawing more power away from Westminster could prove effective in redistributing wealth across the country. But any decentralisation needs to go hand in hand with reforming the structures of power at the centre. Currently, for example, the Joint Ministerial Committee of the three First Ministers and the Prime Minister only meets when the UK government wants to hold a meeting, limiting the potential influence the devolved administrations can have on UK-wide issues. Any disagreement that arises can be referred to a Dispute Resolution Protocol agreed by all four governments, but in practice the UK government has a dominant role in this process and can unilaterally decide the outcome. For the kind of fundamental, overarching reform to the devolution settlement that Starmer wants to see, the central machinery of government should also change to reflect that the idea of the UK as a union of equal nations, where intergovernmental relations happen on an equal footing. Starmer has made clear that he doesn’t want this to be a ‘project by and for Westminster’. But for his commission to be successful, and for further devolution to be successful, Westminster itself must also change.

Elspeth Nicholson is a research assistant at the Institute for Government working on devolution.