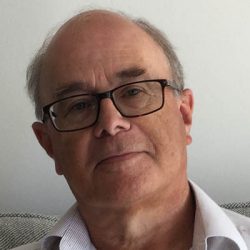 In part one of this blog I discussed two issues of current concern in Cardiff Bay, the Cooperation Agreement between the Welsh government and Plaid Cymru, and the work being undertaken to reform the Senedd’s electoral system and expand its membership. In part two I look at two matters with longer-term implications: the establishment by the Welsh government of a new Constitutional Commission, and (more speculatively), the implications of these various developments for Mark Drakeford’s tenure in office as First Minister of Wales, and the constitutional debates that are likely to ensue on his departure.

Welsh Labour’s manifesto for the 2021 Senedd elections promised to ‘Work for a new and successful United Kingdom, based on a far-reaching federalism. We want to foster a national, civic, conversation in Wales about our future. We will establish an independent standing commission to consider the constitutional future of Wales’. This commitment was widely thought at the time to be an offer to Plaid Cymru, if Senedd election results necessitated the holding of talks on a coalition.

In committing itself to ‘far-reaching federalism’ for the UK, it might be argued that Labour had rather pre-empted the future work of any commission, standing or otherwise, on ‘the constitutional future of Wales’. Notwithstanding, over the summer (and ahead of securing the Cooperation Agreement with Plaid), the Welsh government moved forward to set up the Commission, which has now come into being and had its first meeting, in private, in November. It has been asked to produce an Interim Report by the end of 2022 and a Final Report by December 2023[1]. Although the likely passage to Royal Assent of the Dissolution and Calling of Parliament Bill makes this slightly less certain (allowing as it does the Prime Minister to call an earlier general election than would otherwise be the case), it is reasonable to assume that this timetable will enable the Commission’s work to help inform debate in Wales at the next UK General Election. Whether it has any influence on the wider UK debate may depend on how, if at all, it becomes linked to the work for the UK Labour Party on constitutional reform being led by Gordon Brown.

The Cooperation Agreement commits Welsh Labour/the Welsh government and Plaid Cymru to support the work of the Commission. Importantly, it declares that ‘both parties are free to make submissions and interact with the Commission independently’[2], but ‘The Commission’s interim and final reports will be presented jointly to both parties’ (before being circulated more widely).

The Commission has co-chairs: the former Archbishop of Canterbury, Dr Rowan Williams, and Professor Laura McAllister, of Cardiff University. Other members include two former Welsh party leaders, (Leanne Wood of Plaid Cymru, and Kirsty Williams, the Welsh Liberal Democrat); the former chair of the Welsh Labour Group of Westminster MPs, Albert Owen, and a former Conservative Special Adviser, Lauren McEvatt; the former Whitehall Permanent Secretary, Philip Rycroft; and Shavanah Taj, the General Secretary of the Wales TUC, which is undertaking its own examination of the case for devolution of employment-related government functions. The Welsh Conservatives have drawn attention to the absence of any Commissioner with industry/finance experience, or anyone with practical experience of the voluntary sector. These deficiencies may or may not be rectified by appointments in due course to the Expert Panel which is being separately appointed to support the work of the Commission.

The Commission has been given two Broad Objectives. These are not a model of clarity, but effectively it is being asked to consider, on the one hand, constitutional reform options for a UK of which Wales continues to be a member, and, on the other, the options for Wales in the event of Scotland and/or Northern Ireland ceasing membership of the UK. In the latter case, as Professor McAllister has made clear, the option of Welsh independence must be on the table for examination. The work of the Commission, the First Minister has stated, is to enable Wales to get ahead of the ‘constitutional curve’. Mr Drakeford, himself strongly committed to entrenched devolution within a strong UK, has previously expressed anxiety that the Union’s future is far from guaranteed, and that it has not been under greater strain in his lifetime. He wants the Commission to stimulate an informed public debate – a ‘national conversation’ – in Wales about the constitutional options that may need to be considered, should decisions be taken elsewhere that would have significant constitutional impact on Wales.

The Commission will therefore need in due course to undertake an extensive process of engagement with the Welsh public, but its success in stimulating debate on these issues is not guaranteed in a country lacking a national media beyond BBC Wales, and in which the widely-read newspapers produced in England barely acknowledge Wales as a distinct political territory. (Perhaps it is for this reason, among others, that constitutional issues have traditionally not been seen as having the same political salience in Wales as in Scotland or Northern Ireland). Encouragingly, the UK government has expressed the hope that it will be able to give evidence to the Commission[3]; it would be very beneficial if this evidence goes beyond a purely formulaic restatement that the UK’s current constitutional arrangements are hardly capable of improvement (and by implication that Wales is lucky to enjoy them….). However that may be, once it is properly up and running, the work of the Commission over the next two years in attempting to stimulate a constitutional debate in Wales should be of interest to readers of this blog and, one hopes, more widely.

Mark Drakeford and the future

Finally, it is worth considering what the developments described in both parts of this blog tell us about how long the current First Minister will remain in post, and what the future may hold after he has left the scene.

As matters stand, in his understated way Mr Drakeford dominates the Welsh political landscape. But he will be 70 in September 2024, and even before the Senedd elections he made clear that if returned to office he did not intend to serve his full term, but would step down at an appropriate point well before the next elections in 2026. In this, he will have had in mind the example of his political mentor, predecessor as First Minister and friend, Rhodri Morgan. In September 2009, Mr Morgan also reached the age of 70. Having given notice of his intention earlier in the year, and so facilitating a Welsh Labour leadership election over that summer, he stepped down as First Minister in December 2009, once his successor, Carwyn Jones, had been identified. This gave Mr Jones the best part of 18 months before the National Assembly elections in 2011 to introduce himself to the Welsh voting public (and also, as it happened, to enable him to play his part in the Welsh referendum of that year on legislative devolution, a referendum in which the Yes campaign was chaired by Rhodri Morgan).

Given Mr Drakeford’s stature in Wales, the UK Labour Party will surely want him to play a prominent campaign in its next General Election campaign in 2023 or 2024, even though he will not of course be a candidate. So his retirement before that would not seem to be likely. Furthermore, the Cooperation Agreement with Plaid Cymru runs until the end of November 2024, and with so many of the commitments, particularly on social policy, likely to be close to Mr Drakeford’s heart, he will surely want to see these through to implementation. And if, as suggested in part one, a Bill to reform the Senedd’s electoral system and increase its membership is introduced in the period June-November 2023, that should reach Royal Assent by the summer or autumn of 2024, and it would not be surprising if Mr Drakeford wanted to see that finally on the statute book before stepping down.

So, if all this speculation is accurate, that would suggest that a Welsh Labour leadership contest will take place after the next UK General Election, in 2024, and that Mr Drakeford will step down at the end of that year. His successor, like Carwyn Jones in 2010-11, would then have a decent period to be introduced to the Welsh electorate ahead of Senedd elections in 2026.

Labour’s dominance of Welsh politics means that the election of a new Welsh Labour leader will always be an important event in Wales, but a leadership contest in 2024 would be likely to be a particularly consequential one. By the time it took place, the UK General Election would have been held, and it would be clear whether the Labour Party at UK level has again secured a central role in UK governance. If on the other hand the Conservatives remain in power at UK level, Welsh Labour thinking on UK constitutional matters since 2012, advancing ideas about devolution firmly rejected by UK and Welsh Conservatives, would seem to have reached a dead end. The leadership candidates would then need to lay out plausible new approaches on Wales’ constitutional future, up to and perhaps even including independence as an option[4]. Debate on those issues would hopefully be informed by the Final Report of the Constitutional Commission published at the end of the previous year.

Further, the Scottish National Party’s ambitions for a second independence referendum by the end of 2023 will have (or have not) been secured, and it will be clearer what exactly is to be the future of Scotland within the UK. In Northern Ireland, if current opinion polls are to be believed, a Sinn Fein First Minister would be seeking to take forward the project of a border poll, and a strong Sinn Fein performance in Irish elections south of the border, due by February 2025, could only serve to reinforce that.

Clearly, there is much here that is speculative, but if any significant part of this proves accurate, it would seem impossible for a Welsh Labour leadership contest in 2024 to be anything other than heavily focused on the Welsh constitutional question.

Welsh constitutional and political debates rarely attract attention outside Wales’ borders (and, truth to tell, sometimes not that much attention within Wales either!). But, in my view, they are interesting and potentially important, and merit a wider audience. If the two parts of this blog have made readers more aware of the matters currently in debate in Wales, and stimulated greater interest in what may be to come, it will have served its purpose.

Before his retirement, Dr Hugh Rawlings held numerous senior civil service positions within the Welsh government, most recently as Director of Constitutional Affairs and Inter-Governmental Relations. He is an Honorary Professor at the Wales Governance Centre, and a Fellow of the Learned Society of Wales.

[1] It is therefore not a ‘standing’ Commission, as the Labour Party initially envisaged.

[2] Compare the position of the UK coalition government in 2013-14 when the government, having committed to establishing the Silk Commission, found itself unable to agree a joint policy approach to evidence to the Commission and effectively rendered itself mute in the ensuing policy debates.

[4] Labour’s dominance in Wales means that any sympathy its leaders might exhibit towards Welsh independence would in reality be of far greater significance than anything that Plaid Cymru could say or do.