The resignation of Paris Brown, Britain’s first ‘Youth Police Commissioner’, shines light on the powers of appointment elected Police and Crime Commissioners have and raises questions as to how appropriate these may be. 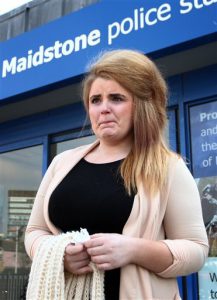 The revelation that Ms Brown had once sent violent, racist, and homophobic tweets made her position untenable, but her resignation does not usher in the end of the role of a ‘Youth Police Commissioner’ in Kent. Introduced by Kent’s Independent PCC, Ann Barnes, the role sought to engage the police with young people – a replacement will be appointed in due course. This was a position created in Kent alone and at the behest of its PCC.

Questions of vetting, transparency, and the powers of PCCs are now in the spotlight. Making summary appointments is one of the important powers that PCCs have been granted, but until now it has been little explored. The landmark election of PCCs would have been the ideal opportunity for a constitutional discussion on the rights and wrongs of democratisating key roles – yet the election did little to explore the constitutional implications of this new position and the low turnout (below 15%) spoke for the lack of enthusiasm or clarity on the remit of the office.

If something good can come out of the unfortunate experience of Paris Brown, it could be a wider awareness of the role and powers of PCCs and the constitutional implications. The Constitution Society supported an important APPG meeting on this topic with UCL’s Dr Colin Provost, but more must be done to improve public discussion on what PCCs ‘are for’ and ‘do’. The Constitution Society hopes that by May 2016 the second round of PCC elections will be more informed and wider known.