You are here: Home » Publications » The Weakest Link: The UK government’s legal argument for a binding referendum on Scottish independence runs counter to international and constitutional law 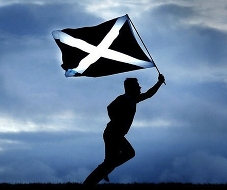 When Michael Moore stood at the Dispatch Box at Westminster on the 10th of January he had a simple message; Scotland’s constitutional settlement rests with Westminster and Scottish independence would require the consent of London.

It could be argued that this view is somewhat at odds with international law and it might not be compatible with the constitutional doctrine of referendums in the United Kingdom.

Leaving aside the issue of whether Scotland should become independent or not, it is important that things are done in accordance with accepted principles of constitutional and international law.

The basic principle in international law is that the seceding country (in this case Scotland) decides whether it wants to become independent. To use but two examples, Montenegro did not have to ask Serbia to secede in 2006, nor did Estonia seek the Soviet Union’s permission to become independent in 1990 and clearly it would not have been granted it.

The fundamental rule is that countries become independent when they are recognised by the international community.

According to the so-called Estrada Doctrine, if Scotland votes for independence (and if the government is in control of the territory) then the international community will in all likelihood recognise the new state. Just like the cases of the former Soviet states in the 1990s.

So unless London wants to follow the Soviet Union in 1990, it cannot block Scottish independence. The only ones who can do so are the Scottish voters and the Scottish administration. Thus is the doctrine of Self-Determination, which has been recognised as a fundamental principle of international politics and law since it was established by US President Woodrow Wilson after the First World War.

So the international case is clear – and runs counter – to Michael Moore. But what about domestic law?

To require that a Scottish referendum should be anything other than advisory would be highly unusual, and it would be difficult to justify on legal let alone on political grounds.

Lastly, Michael Moore believes that a referendum could be challenged in the courts. This is highly unlikely.

The assumption is that the Supreme Court could declare a secession referendum illegal or void.

The Court held that it respected “the judgment of [an] elected body as to what is in the public interest”.  It seems unlikely that the Supreme Court would rule otherwise on an issue which was a manifesto commitment of the elected government of Scotland

Maybe the elected government of Westminster could learn a thing or two about democracy from the Law Lords.