You are here: Home » Publications » The Reality of the British Constitution 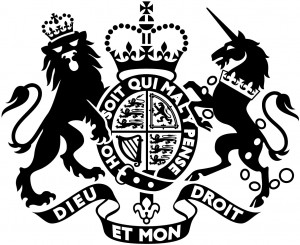 A paper by David R. Howarth (University of Cambridge) and Shona Wilson Stark (Christ’s College, Cambridge) is available online. It breaks new ground in its assessment of the British constitution.

Using interviews with senior UK officials about their views of the rules of recognition, change and adjudication, it concludes that there may be in effect three different constitutions operational in this country.

In The Concept of Law, H.L.A. Hart argued that one of two ‘minimum conditions necessary and sufficient for the existence of a legal system’ was that ‘its rules of recognition specifying the criteria of legal validity and its rules of change and adjudication must be effectively accepted as common public standards of official behaviour by its officials’. Those rules, his ‘secondary rules’, form a crucial part of Hart’s theory that the way to understand law is as the union of primary and secondary rules. This paper sets out to test that claim as a matter of empirical fact. If one asks UK officials what they think the UK’s rules of recognition, change and adjudication are, and whether they accept them as common public standards, what do they say?

Instead of interviewing judges, whose official views are readily accessible in their judgments, we concentrated on high non-judicial officials – senior civil servants, including former Cabinet Secretaries, military officers, including former Chiefs of the Defence Staff, chief constables and chief executives of local authorities. A series of recent examples of UK constitutional rules coming under stress were put to interviewees, in particular the request by Admiral Sir Michael Boyce at the cusp of the Second Iraq War for authoritative advice on the legality of the war. Interviewees discussed their understanding of how one identified legal rules, how legal rules changed and how they were settled if there was disagreement.

We found some consensus but also a great deal of divergence. We also found, at least in the Civil Service, a degree of willingness to defy the courts entirely incompatible with the existence of any straightforward Hartian ‘internal point of view’ towards the law, at least as the courts understand it.