You are here: Home » Publications » The Constitution Society submits evidence on the quality of legislation 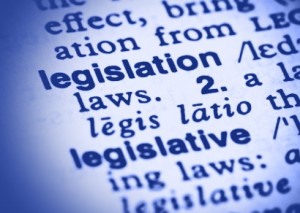 subject of ‘Ensuring Standards in the Quality of Legislation’ has been submitted.

The evidence highlights the large amounts of low quality legislation and calls for the introduction of new Parliamentary processes to mitigate against political pressures to pass ill-thought out laws. The Constitution Society welcomes the idea of a ‘Legislative Standards Committee’  to review draft legislation and check:

– Whether the intended effects of the draft legislation could be achieved through the use of existing powers.

– Whether the draft legislation grants ministers or public bodies powers which are wider than those necessary to achieve the stated policy purpose.

– Whether the draft legislation is being used as a vehicle to introduce legislation on matters extraneous to its central policy purpose.

We also reiterate the call for a strong distinction between ‘ordinary’ and ‘constitutional’ legislation. Our submission makes the case for an ‘…application of special standards to constitutional legislation by a Parliamentary committee’.

The issue of how to define the difference between ‘ordinary’ and ‘constitutional’ legislation is something that The Constitution Society is currently researching. Any significant findings from our Working Group on Constitutional Definition will be published here on our website in the months to come.