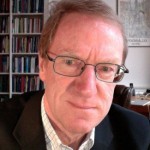 Professor Michael Keating is currently writing a paper for The Constitution Society on the important topic of Scotland’s future after the independence referendum in 2014. We will be launching his piece along with responses from CentreForum, the Fabian Society and ResPublica at the party conferences.

In the meanwhile, Professor Keating was kind enough to join us for a quick talk on the issues facing Scotland and her relationship with the rest of the UK. Click here to watch the video.

Professor Keating is the Chair in Scottish Politics at the University of Aberdeen and a key voice on the topics of devolution and nationalism.

The Constitution Society looks forward to launching this timely piece of research in Glasgow at Liberal Democrat party conference, before taking it to Brighton and Manchester platforming the groundbreaking work before Labour and Conservative party conferences respectively.