You are here: Home » Publications » Now We’re Talking: About The Scottish Referendum 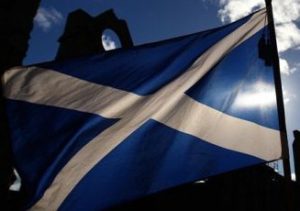 In an article originally posted on the UK Supreme Court Blog this month, Aidan O’Neill QC discussed the legal issues surrounding a referendum on Scottish Independence:

In a post on the UKSC blog in November of last year I suggested that it would be worthwhile talking about the proposed referendum on Scottish independence which Scotland’s First Minister has pledged to hold sometime in the lifetime of the current Scottish Parliament, most recently suggesting that it may be held in Autumn 2014.

I raised the issue in that post as to whether or not it was within the legislative competence of the Scottish Parliament to organise a referendum concerning the dissolution of the United Kingdom. Para 1 of Sch 5 to the Scotland Act 1998 reserves to Westminster the following aspects of the constitution, among others “(a) the Crown including succession to the Crown and a regency” and “(b) the Union of the Kingdoms of Scotland and England”.

I also noted that when promoting the Scotland Bill through the House of Lords in 1998, Lord Sewell stated that it was the UK Government’s understanding and intention that these provisions would prevent the Scottish Parliament from legislating unilaterally to provide for any independence referendum.  And in promoting the Scotland Bill before the House of Commons, the then Secretary of State for Scotland Donald Dewar MP said in response to three direct questions from MPs as to whether or not the Scottish Parliament of itself could initiate a referendum on independence that:

“It is clear that constitutional change–the political bones of the parliamentary system and any alteration to that system–is a reserved matter. That would obviously include any change or any preparations for change ….A referendum that purported to pave the way for something that was ultra vires is itself ultra vires . . . [M]atters relating to reserved matters are also reserved. It would not be competent for the Scottish Parliament to spend money on such a matter in those circumstances.”

The current SNP led Scottish administration has claimed that it would nonetheless be lawful for the Scottish Parliament to make provision for an “advisory” referendum on independence which was not “legally binding” but which would, it is said, give the Scottish government a political mandate to open “independence negotiations” with the UK Government. No formal legal advice to this effect has been published by the Scottish Government. Instead they have made reference to a collection of sound-bites from a variety of legal academics culled mainly from various newspapers. But the argument that the devolved authorities in Scotland have power to organise a non-binding referendum which relates to reserved matters, (but not a binding one) would seem to be a difficult one to sustain before a court in the face of any challenge to the legality of such provision by the Scottish Parliament for the following reasons, among others:

(i)  given the principle that a delegated authority cannot itself further delegate power or fetter the discretion statutorily granted to it, no referendum ever organised by the Scottish Parliament could ever said to be “binding” on it, so the purported distinction between “binding” and “non-binding” referendums is meaningless;

(ii) neither the Scottish Parliament or the Scottish Ministers has any power to alter the terms of (and limitations imposed by) the Scotland Act 1998 itself (see paragraph 4 of Sch 4 to the Act). And no referendum organised by the devolved authorities could ever bring it within their powers to make any provision relating to the dissolution of the Union of Scotland and England. Making provision to consult the electorate in even a “non-binding” referendum on a legal issue which the (devolved) authority has no power to effect (or affect) may therefore be challenged in court as an “abuse of power”. Any expenditure of Scottish public monies by the Scottish devolved authorities in organising and holding any referendum could potentially be subject to challenge before the courts as unlawful;

(iii) the claim that the devolved authorities in Scotland might be able to hold any sort of referendum concerning Scottish independence runs directly contrary to the interpretation given to the relevant provisions of the Scotland Bill by the UK Government when promoting the measure through Parliament.

There is no doubt, however, that the UK Parliament has the power to make arrangements for referendums anywhere within the UK on such issues as it wishes to consult the people on. The UK Parliament may therefore itself hold a UK dissolution/Scottish independence referendum or confer, on such conditions as it consider proper, power on the Scottish Parliament to make provision for such a referendum (see s 30 SA).

In a statement to the UK Parliament on 10 January 2011 Michael Moore MP, the Secretary of State for Scotland, stated that it remains the view of the current UK Government – consistently with the position taken by Donald Dewar MP and Lord Sewel in 1998 – that the Scottish devolved authorities had no power to legislate for an independence referendum, since its purpose and intended effect would ultimately be to seek to achieve Scottish independence. The UK Government rejects the claim that one could distinguish in law between a binding and non-binding referendum for these purposes. The UK Government has therefore decided that – following a public consultation process as to the timing and terms of and process for any such referendum – to provide the necessary powers to the devolved authorities for such a referendum to be held by them in Scotland.

As regards the political/moral legitimacy of Westminster so intervening in “internal” Scottish affairs, it may be noted that in the 2010 General elections to the UK Parliament, of the 59 MPs elected from Scotland, only 6 were from the Scottish Nationalist Party, with the remaining 53 of Scotland’s MPs being made up of parties (Labour, Conservative and Liberal Democrats) all committed to the maintenance of the union between Scotland and England. MPs from Scottish constituencies representing unionist parties in the Westminster Parliament therefore claim to have a political and democratic mandate from the people of Scotland on this matter, just as much as (if not more than) the nationalist MSPs in the Scottish Parliament.

It might also be noted that were Scotland to have been independent at the time of the 2010 UK General Election (and votes were otherwise cast in the same way in the rest of the UK) then the House of Commons would have been made up 591 MPs, and 305 seats would be held by the Conservative Party, 217 by Labour, and 51 by the Liberal Democrats. This would have given the Conservative Party an absolute majority in the House of Commons and hence have obviated the need for any coalition government. It seems clear, therefore, that the ending of the union between Scotland and England could well have some interesting and continuing effects on the post-independence politics and governance of the rest of the United Kingdom. The issue of Scottish independence should accordingly not be disregarded or dismissed as a matter purely of internal Scottish interest.

Appendix (In response to comments on the original UKSC blog post)

Compatibility with the decision in AXA

The decision of the UKSC in AXA leaves open the possibility of a common law challenge based on deliberate misuse or abuse of powers, as distinct from an unreasonableness challenge to the result or effect of legislation.

“[89] That does not mean, in our view, that there are no circumstances in which the Court of Session could strike down on common law grounds legislation of the Scottish Parliament.   The three categories identified by Lord Diplock in Council of the Civil Service Unions v Minister for the Civil Service (essentially for review of administrative action) are not exhaustive. A fourth category (‘‘proportionality’’) was contemplated.

In the Nottinghamshire case Lord Scarman spoke also of ‘‘bad faith’’ and ‘‘improper motive’’. These latter grounds are not, in our view, truly aspects of irrationality but of deliberate misuse of power.     The restriction which Lord Scarman formulated (and in which all the other members of the Appellate Committee concurred) was endorsed by Lord Bridge (and all his colleagues) in Hammersmith. If a case were to be made out on such grounds the court might well hold itself entitled to intervene.

Likewise, if the Scottish Parliament were to take an exceptional measure of the kind contemplated by Lord Steyn in R (on the application of Jackson) such as a purported abrogation of the citizen’s right to challenge unlawful executive action by judicial review we do not exclude the possibility that any such enactment would be challengeable at common law.”

“52 As for the appellants’  common law case, I would hold, in agreement with the judges in the Inner House, that Acts of the Scottish Parliament are not subject to judicial review at common law on the grounds of irrationality, unreasonableness or arbitrariness.”

169.   A public authority can violate the rule of law without infringing the rights of any individual: if, for example, the duty which it fails to perform is not owed to any specific person, or the powers which it exceeds do not trespass upon property or other private rights.

170. … [W]here the excess or misuse of power affects the public generally, insistence upon a particular interest could prevent the matter being brought before the court, and that in turn might disable the court from performing its function to protect the rule of law.”

On the Scottish Parliament as a delegated authority

“[The UK] Parliament cannot be taken to have intended to establish a body [in the Scottish Parliament] which was free to abrogate fundamental rights or to violate the rule of law.”

Respect for the rule of law might be said to encompass not only a requirement not to act beyond the limits of powers conferred, but also requires a body exercise those powers which have been conferred on it only for and within the purpose or purposes for which these powers have been conferred.    In Eba v Advocate General for Scotland (Public Law Project intervening) [2011]UKSC 29 Lord Hope stated para 8:

“[T]he rule of law . . . is the basis on which the entire system of judicial review rests. Wherever there is an excess or abuse of power or jurisdiction which has been conferred on a decision-maker, the Court of Session has the power to correct it: West v Secretary of State for Scotland, 1992 SC 385, 395. This favours an unrestricted access to the process of judicial review where no other remedy is available.”

It is difficult to identify the lawful purpose which would legally justify any provision being made by the Scottish Parliament for even a “non-advisory” referendum on Scottish independence, given that the constituting statute under which the Scottish Parliament operates is unequivocal that the devolved authorities simply have no power as regards of the union of the kingdoms of Scotland and England.

If there is no lawful purpose in such provision, then the exercise of the power to organise such a referendum may properly be characterised as an unlawful abuse of power.

Aidan O’Neill QC is a leading EU lawyer.  He is an Honorary Fellow in the School of Law, University of Edinburgh.