You are here: Home » Publications » Is it time to codify Parliamentary privilege?

There is little understanding of the concept of Parliamentary privilege outside Westminster. The term tends to arouse suspicion: 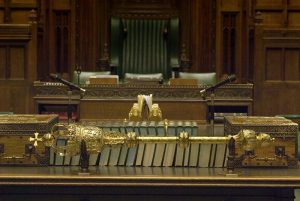 privilege is against the spirit of the times – it smacks of unfairness and elitism. It did not help when some of the MPs prosecuted for fiddling their expenses a couple of years ago tried to base their defence on the doctrine of privilege (the Supreme Court gave that argument very short shrift [1] ). So why should MPs be exempted from laws which apply to everybody else?

The most important aspect of Parliamentary privilege is freedom of speech in Parliament which derives from the 1689 Bill of Rights. It is a right which can be justified on simple functional grounds: MPs cannot do their job unless they can speak freely without fear of being prosecuted or dragged through the courts by wealthy litigants. For that reason it is essential to maintain Parliamentary privilege, something that is recognised in all modern, democratic constitutional systems.

A view has gained ground in recent years that the doctrine of Privilege should be brought up to date and codified in a new statute [2] . It is argued that the definition of Privilege in Article IX of the Bill of Rights is uncertain and ambiguous. More generally, a modern doctrine of Privilege should not rely on a 300-year old statute whose main purpose was to assert Parliament’s rights against the monarch, when many believe that the main threat to Parliament today is from an over-assertive judiciary.

A  Joint Committee of Parliament is currently examining the whole question. It seems that most members of the Committee, and a majority of MPs generally, oppose codification. They believe the courts’ interpretation of the Bill of Rights continues to provide a functional basis for the application of Privilege. It is widely agreed that the judges have no appetite for confronting Parliament by attempting to pick holes in Article IX. In other words, if it ain’t broke, don’t fix it.

Richard Gordon and Malcolm Jack’s new paper [3] on the codification of Privilege is very timely and the authors are especially well qualified to tackle this difficult and controversial question. Sir Malcolm Jack was Clerk of the House of Commons from 2006-2011; Richard Gordon QC is a leading practitioner in constitutional and administrative law who has written widely on constitutional issues. The paper provides a lucid and balanced exposition of the history and basis of contemporary privilege and the arguments for and against codification. Their conclusions are potentially alarming for upholders of the status quo.

Gordon and Jack argue that, while the senior judiciary has no wish to interfere in the affairs  of Parliament, there is now a significant danger that they may be compelled to do so by actions brought by aggrieved third parties who believe their rights have been infringed by members of Parliament.

The re-invigoration of Select Committees since the 2010 election is generally welcome.   However as a consequence of this new assertiveness it must now be far more likely that sooner or later an offended non-member will seek legal redress. So far, most of those on the receiving end of Select Committee histrionics have been widely viewed as – to use the term of art – Obvious Wrong ‘Uns: bankers; corporate tax-dodgers and phone-hacking tabloid journalists.  For perhaps understandable reasons, they have not sought to restore their reputations in the courts. However it is not difficult to conceive of instances in which an offended witness might take a different view. Here are three possible situations:

Supporters of codification argue that clarifying the scope of privilege in a new statute would both offer appropriate protection to third party rights and make Select Committees more effective in dealing with evasive and recalcitrant witnesses, something that the public is likely to support.

While Select Committee activities are the most obvious source of contentious proceedings involving issues of privilege, Gordon and Jack also explore the significant difficulties around the possible use of statements made in Parliament in civil and criminal such proceedings.

The implementation of the Human Rights Act provides further scope for potential challenges to privilege. There have been some disturbing episodes in which persons whose anonymity was protected by super-injunction have been named by MPs in proceedings in the House.  While the victims of these public humiliations may have been individuals held in low public esteem, even love rat footballers have a right to private life under Article 8 of the European Convention. Had the footballer in question chosen to take the matter to Strasburg it is far from certain that the Court would have accepted that a doctrine of Parliamentary Privilege derived from a 300-year old statute could be the basis for a lawful infringement of his Article 8 rights.

While at the moment there appears to be an uneasy truce between Parliament and the courts, issues raised in the paper show reasons why it could break down. Judges and politicians do not seem to be speaking the same language: few MPs now have a legal background and some judges have expressed less than flattering views about the political class. A thread that should unite them, and at the same time gain widespread public support, would be a clear acknowledgment of the importance of the rule of law. A new privileges statute would be a way of creating such respect for what is an essential constitutional protection in a modern democracy.

Our latest report, Parliamentary privilege: Evolution or codification, can be downloaded for free here.