You are here: Home » Publications » Freedom of Information – The Ultimate Tool for Transparency? 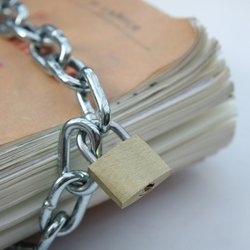 From everything from hospital ‘blunders’ to personalised number plates, one finds the Freedom of Information Act used to explore a variety of previously undisclosed areas. Many have celebrated the Act, which allows the public to request information from government and public authorities. In 2005, five years after the Act was passed, Jack Straw told parliament that the Act had ‘profoundly changed the relationship between citizens, and the media on the one hand, and the Government and public authorities on the other’. The Freedom of Information Act has seen, often via media investigations, government and public officials held accountability, with a public right to check figures, analyse wastage or read the facts themselves. However despite such praise, the Act has come under criticism from others, who cite wide exceptions, high costs and the power of the ministerial veto.

The Freedom of Information Act has its roots in the likes of Clement Freud’s 1978 ‘Official Information Bill’. Whilst this may have been discarded due to the 1979 election, it showed the support for ‘open government’.  Thereafter, a number of freedom of information bills were presented, unsuccessfully to the house, alongside the passage of specific bills, such as the Data Protection Bill in 1984. These can be seen to culminate in the Freedom of Information Bill, which was given royal assent in November 2000.
Critics have claimed that by this point however, the bill had become diluted. Indeed, there may be seen some weaknesses in its exceptions. The recent decision of the attorney general to not publish letters sent by Prince Charles to the government has been described as a ‘serious affront’ to democracy, and an example of the shortcomings of the Act. Likewise others fear that the exception of material due to the ‘public interest’ is dangerously vague, and allows for the blocking of large numbers of requests. This is also seen in the veto power of ministers, which has been used on several occasions since the Act was brought in, including on papers surrounding the Iraq war.

The official remit and coverage of the Act is also contentious, given that it does not extend to public-private contracts. The Cabinet Office Efficiency Reform Group (ERG) called on the government to extend the Freedom of Information Act to contracts in order for ‘to ensure that taxpayers get better value from government’. This has been criticised because of the commercial sensitivity of the contracts, however it seems a natural step to ensure greater transparency.

In addition to existing criticisms that the Act does not go far enough, there has been concern at government proposals to make it easier for authorities to deny Freedom of Information requests based on cost grounds. These measures include the potential to block non-related requests from the same person if above a cumulative total. This would, as lobbyists have argued, appear to be restrictive to those with multiple interests, or multiple areas of concern.  An MP, for example, conducting research on behalf of their constituents, may field a large number of questions, all of which may be valid but risk this limit.

Cost is naturally an issue with Freedom of Information requests, and it is understandably a large commitment of both time and resources in order to field a growing number of questions. However, as the Justice Committee’s report states, this cost should be mitigated by an on-going policy of open data and publication, which would not act as a substitute, but should remove the need for a large number of requests.

Thus the Freedom of Information may be praised for its opening up of previously unseen files and channels of the government and public authorities. It is possible however question its status as a perfect document, an end goal fully achieved. As recent cases have shown, from the blocked disclosure of Prince Charles’ letters to the ministerial veto, transparency is still not absolute, and one may understand why committees have recommended that the remit of the Act should in several cases be extended. As with most pieces of legislation, the Freedom of Information Act is one that must be continually reviewed and monitored.

The views expressed in this article do not reflect the official opinion of The Constitution Society.