You are here: Home » Publications » The EU referendum and some paradoxes of democratic legitimacy 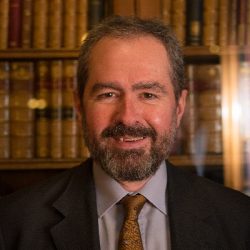 The EU referendum and some paradoxes of democratic legitimacy, Nat le Roux

In a parliamentary democracy, referendums are potentially destabilising because they generate alternative, competing, sources of democratic legitimacy. A majority of elected representatives may hold one view on a matter of major national importance. If a referendum demonstrates that a majority of the public hold the opposite view, which manifestation of democratic legitimacy should trump the other?

In Britain, Parliamentary Sovereignty is the governing norm of the Constitution: it would seem to follow that a Parliamentary majority can always overturn a referendum result. The reality, at least in the particular circumstances of the EU referendum, is less clear cut:

The problem of competing legitimacies does not apply equally to all types of referendum. It is sometimes asserted that, because of the principle of Parliamentary Sovereignty, all referendums in the UK are advisory only. That is misleading. The AV referendum of 2011 sought popular endorsement for an AV voting system for which Parliament had already legislated in the Parliamentary Voting and Constituencies Act 2011. If the referendum result had been in favour of AV, the new voting system would have been introduced without further recourse to Parliament. Parliament could of course have legislated subsequently to repeal or amend the Act, but a post-legislative referendum of this type cannot properly be described as advisory. Such a referendum may be held to lack legitimacy because turnout is very low, or the margin of victory very narrow, but there is no conflict of democratic legitimacies because MPs have determined in advance the exact legal consequences of both possible referendum results.

By contrast, advisory referendums such as last month’s EU referendum and the 2014 referendum on Scottish independence are by their nature capable of generating irresolvable paradoxes of legitimacy in the event of a vote against the status quo. In these circumstances, those who voted with the majority will understandably assume that, while the referendum may have been merely advisory in law, Government or Parliament will nonetheless act to implement the ‘will of the people’.

Despite this, politicians may legitimately take the view that a referendum won by a very narrow margin is an insufficient mandate to change the status quo on an issue of major constitutional importance. In the aftermath of the EU referendum, the great majority of politicians have expressed the view that a 51.9% vote for Brexit should be accepted as decisive. That is understandable: a significant part of the Leave vote represented a generalised protest against the political elite, and it would be unwise for that elite to reject the outcome too readily. However nor would it be surprising if this consensus begins to erode over the coming months. (It is also interesting to speculate whether the same consensus would exist today if Leave had won with – say – 50.5% of the vote.)

The problem of legitimacy is compounded in referendums about sovereignty because the consequences of the two possible outcomes are not symmetrical. A ‘Leave’ vote, if implemented, is effectively irreversible: a ‘Remain’ vote leaves open the possibility of future referendums on the same issue. For this reason, many constitutional commentators believe that sovereignty referendums should require some form of super-majority – 60% of votes cast is the threshold most commonly suggested – to overturn the status quo. The legislation which provided for the 1979 referendum on Scottish devolution set a threshold for implementation of 40% of the registered electorate, a deliberately high hurdle which was not achieved. To date, all advisory referendums in the UK have been winnable by simple majority.

In retrospect, it might seem sensible from a constitutional perspective to have applied threshold provisions in both the Scottish independence and EU referendums. However from David Cameron’s point of view that would have jeopardised their political purpose, which was to neuter demands for independence and Brexit respectively.

There is then the topical question of whom the electorate was ‘advising’ in the referendum: the Prime Minister and his Government, or Parliament? Before polling day, in so far as the matter was considered at all, it was generally assumed that in the event of a Leave vote the Prime Minister would in due course use his prerogative power to invoke Article 50 without consulting Parliament. That view was challenged last week by three academic lawyers in an influential post on the UK Constitutional Law Association website, arguing that the decision properly belongs with Parliament and requires legislation. Leading constitutional experts including Lord Pannick and Sir Malcolm Jack, former Clerk of the Commons, take the same view.

At the time of writing, three separate groups of litigants have announced their intention to initiate judicial review proceedings to compel the Government to place the matter before Parliament. The legal arguments around this issue are not considered here, but will be the subject of a forthcoming Constitution Society paper by Dr Andrew Blick and Richard Gordon QC. (This paper on ‘Using the Prerogative for Major Constitutional Change’ has since been published).

Let us assume for the present that the Supreme Court holds that invocation of Article 50 requires legislation, or alternatively that the new Prime Minister decides that it is right to refer the matter to Parliament in any event. How should a principled MP decide which way to vote, assuming a free vote is permitted, as it was on the first two occasions that Parliament voted on the principle of joining the European Economic Community (on the third occasion in 1971 Labour whipped against)?

Liam Fox recently expressed the view that any MP who tries to block Brexit ‘I don’t think deserves to have a place in the House of Commons. Their voters should want to ask whether they have a right to represent them if that’s the opinion they take.’ A more balanced assessment would suggest that an MP who felt it right to vote against the invocation of Article 50 could justify his position on at least three types of ground. None of these arguments is decisive, but nor are they evidently unreasonable:

What if Parliament declines to invoke Article 50, a not unlikely outcome given that a substantial majority of sitting MPs are Remainers by personal conviction? The constitutional position would be that Parliament had sought the advice of the electorate in a referendum and decided, on reflection, to reject that advice. Politically, the matter would clearly not end there. A general election or – horrific to contemplate – a second referendum would seem unavoidable. Nat le Roux is Strategy Director of The Constitution Society but writes here in a personal capacity.

Nat le Roux is Strategy Director of The Constitution Society but writes here in a personal capacity.