You are here: Home » Publications » Why we should be cautious about abandoning the European Convention on Human Rights 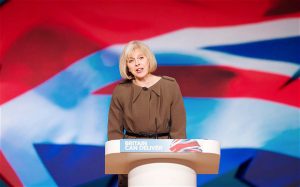 “Freedom from Strasbourg” has become a popular rallying cry in British Politics. Just last week Theresa May made it a central part of a speech which many feel was intended to position her for a future leadership challenge. “We need to stop human rights legislation interfering with our ability to fight crime and control immigration… that’s why the next Conservative Government will scrap the Human Rights Act.” said Mrs May, and why not?

The extended sojourn of Abu Qatada in the U.K. on the basis of Article three of the European Convention on Human rights, has certainly offended those key ‘British’ senses of decency, justice and common sense, and does not Parliament reign Sovereign here?

The most common sentiment among those who would like to get rid of the Human Right’s Act, and pull out of the convention which it enshrines in British law, is that the principles contained within the convention itself are difficult to disagree with, but that Strasbourg, in the words of May, “keeps moving the goal posts”; and on first examination it is easy to sympathise with this point.

Article three- the one which relates to Qatada- reads:

“No one shall be subjected to torture or to inhuman or degrading treatment or punishment.”

Of course few people today would fully oppose that principle; however there is nothing in it which explicitly prohibits a country from deporting an individual to another country where torture is used. It is not self evident that in doing so the original country is submitting the individual to torture, and in any case, are the rights and wrongs of the legal system of another country our business?

However to pull out of the Convention all together on the basis of one issue which has caught the public’s attention would be a rash, and glosses to glibly over the very purpose of such a convention.

The European Convention on Human Rights was drafted in 1950 by the Council of Europe in order to protect the fundamental freedoms of the individual in case they should be threatened by the state. In the U.K. thanks to many years of relatively liberal government, this is something far easier to forget than in countries which have suffered great atrocities.

However we need look no further than Eastern Europe for a stark warning about how things can easily become very different. In Hungary the Prime Minister Viktor Orban has been steadily trying to tighten his grip over the levers of power, and to introduce concerning legislation such as a law which prevents any media not controlled by the state from carrying political messages.

Until now the main thorn in his side was the country’s constitutional court; however that opposition has recently been nullified. As a result the only strong official voices arguing against Orban are those of the Council of Europe.

It is an unavoidable part of being part of an agreement which encompasses many nations, that there are sometimes going to be judgements which many don’t like. However, if the people of Europe respect such decisions, then when they need protection it will be there. That is why Lord McNally was right to say that people should be reassured to know that people like Abu Qatada are protected by the convention. In his words in an interview to Radio Five Live “‘The fact is, in my mind, if the Human Rights Act occasionally comes in favour of somebody who is not very likeable in terms of what they have done or who they are… that to me is a reassurance, that if even he is given the protection of our law and Human Rights Act then all the rest of us are going to be protected by it as well.”

Yes, occasionally there are going to be disagreements over how a certain article should be interpreted. But surely, it is better for that decision to be made by neutral experts. Judges may not be infallible, but  politicians keen for votes certainly aren’t either. It is precisely because as a society we can get so caught up on being offended over an issue like Qatada that the decision shouldn’t be entirely in our hands.