The following post was first published on ConSoc’s previous site. It is recorded here as a window onto issues as they were at the time. For more up to date news on the Constitution and Constitutional reform, make sure to follow the ConSoc blog. 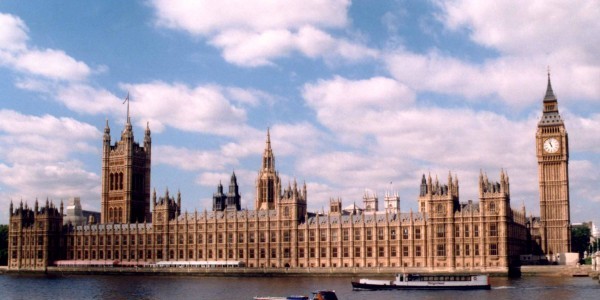 The Constitution Society’s evidence to the House of Lords’ inquiry into Constitutional Reform was published on the 13th of May 2011. The Society used agreed principles of Good Government to assess the quality of the legislative process behind the recently enacted Parliamentary Voting Systems and Constituencies Act (which led to May 5th’s referendum).

The Society took as its yardstick for due process the recommendations put forward in the Better Government Initiative’s report Good Government, published in January 2010 and welcomed at the time by both David Cameron and Nick Clegg.

Assessing the quality of the policy-making process behind the Voting Systems and Constituencies Bill, The Society’s evidence outlined the levels of Parliamentary scrutiny and debate which accompanied it.  While the intention to introduce the bill was included in the Coalition Agreement, this policy statement was not followed up by either a Green or White Paper (the Cabinet Office’s article on making legislation can be found here).

There was no pre-legislative scrutiny of the bill by either Select Committees or stakeholders.  While the government did carry out an Equality Assessment – as required by European Law – there was no complete Impact Assessment of costs against benefits or consideration of alternative policy options.

The bill, which passed into law in the course of just 7 months, was criticized by the chair of the Political and Constitutional Reform Select Committee for having been rushed.  Amendments relating to the boundary review process were not given time for discussion in the Commons, and the scrutiny committee felt they had been given insufficient time to do their job effectively.

Memorandum to the Constitution Committee

“The policy proposals were not the subject of consultation. The policy statement was  incomprehensive and there was no justification made of the policy decision. The Bill was not subject to pre-legislative scrutiny and was not accompanied by a complete Impact Assessment. The time permitted for scrutiny of the Bill by Select Committees and the time permitted for debate in the Commons were both widely criticised.”

The Society’s conclusions were clear; the process behind the Voting Systems and Constituencies Act, a recent example of constitutional law-making described by Nick Clegg as “fundamental” to Parliament and to “our democracy”, failed on many counts to satisfy even basic standards of good government.

The evidence recognised the limitations of its analysis, restricted to only one example of constitutional law-making but concluded that its implications were significant.

It highlighted the capacity of the current legislative system in Britain to disregard what is widely agreed to be the “proper” law-making process, even in cases of constitutional significance.

As such, before assessing the need for “special treatment” of constitutional law-making, progress towards safeguarding the quality of constitutional reform in the UK could be achieved simply through the more rigorous application of an agreed set of principles of good government