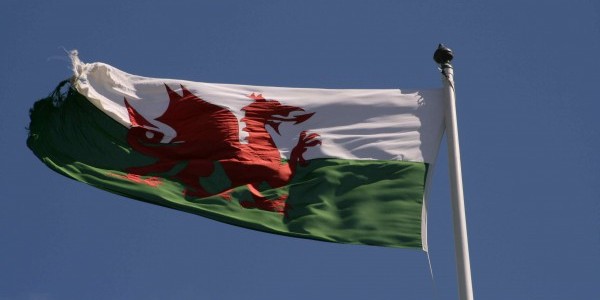 Whether the natural consequence of an evolving concept of democracy or a kneejerk reaction to the sense of disenfranchisement engendered by the expenses scandal, the UK is reeling with referendum fever.

The Welsh face the polls this week, asked whether the National Assembly should take on broader legislative independence.

A UK-wide poll on the Alternative Vote will take place on May 5th.

The EU Bill, promising a referendum before any ‘significant’ transfer of power from the UK, has cleared the Commons without amendment.

The wave of participatory democracy is notable given Britain’s relative unfamiliarity with the process.

May’s referendum will be the UK’s second ever national poll (the first, conducted in 1975, asked whether “the United Kingdom should stay in the European Community (the Common Market)”.

The apparent referendum renaissance can be traced back to 1997, when the Labour Party manifesto promised 6 referendums on issues ranging from the euro to Regional Assemblies.

The pledges formed part of a broader rhetoric promising to ‘modernise’ Parliament and restore public confidence in the political process.

That desire to enhance citizen engagement remains a powerful force in policy development and is evident in the Coalition Agreement’s referendum pledges in 5 separate policy fields.

The promise to “give residents the power to instigate local referendums on any local issue” reflects particularly closely Unlock Democracy’s call for “a radical shift in the balance of power in favour of local government and the people”.

The use of referendums as a tool for enhancing democracy and encouraging voter education is not, though, uncontroversial.

Simon Hart MP has argued that they are a distraction from more fundamental political reform.

Referring to this week’s Welsh vote, he argues that public reaction on both sides of the debate is “pretty lukewarm at best” and suggests that people are “shaking their heads and thinking, ‘This is not what we were concerned about. We were concerned about something much more fundamental-relevance, rather than self-indulgent activity by politicians.’”

Clegg and Cameron have elsewhere been criticised for using the referendum as a tactical tool to avoid the political difficulty of the Coalition reaching a consensus on electoral reform.

Equally contentious is the proposal to impose a referendum lock on future parliaments over ‘significant’ transfers of competence to the EU.  The Coalition argues that the measure “protects our national sovereignty”, their critics accuse them of “pandering to populist and nationalist sentiment”.

Such criticism echoes Margaret Thatcher’s disapproval of Britain’s first UK-wide poll more than thirty years ago, when she accused the government of sacrificing parliamentary sovereignty to political expediency.

Her comments reflect an ongoing concern about the impact of introducing elements of direct democracy into the established system of government by representation.  Who should prevail if the people and parliament disagree?

Matters of the Constitution

The debated merits and demerits of referendums are particularly relevant to matters of constitutional significance.

Following an inquiry into the use of referendums in the UK, the Lords Constitution Committee concluded that “if referendums are to be used, they are most appropriately used in relation to fundamental constitutional issues.”

There is already some precedent for such usage.  Vernon Bogdanor argues that using referendums to endorse power-sharing with the European Union makes sense, given the established convention of using them to resolve questions of devolution.

The difficulty lies, though, in determining their exact application.  Without an accepted definition of “the constitution”, the use of referendums is inevitably discretionary.

Their subjective application dictates an important counterbalance to the obvious merit of direct democratic decision-making.

A codified constitution protected from alteration by a referendum convention constrains the government of the day.

In the context of an uncodified constitution, bringing the public into play against parliament through the elective use of referendums can serve as a powerful tool in the executive’s repertoire.