You are here: Home » Publications » Uncertain implications of the Cabinet Manual 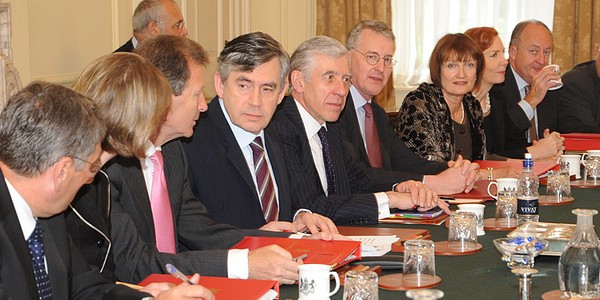 The Cabinet Manual proved to be a fertile topic for debate at this month’s meeting of the All-Party Parliamentary Group on the Constitution.

The intention to create a UK Cabinet Manual was first made public in February of last year by the then Prime Minister Gordon Brown.

After a further 10 months, the final draft Manual was published in full; 11 chapters, 148 pages.

The Draft’s foreword names the New Zealand Cabinet Manual as the explicit model for the UK version, making the discussion of the NZ experience particularly relevant.

It was made clear at the meeting of the APPG that the function of the New Zealand Manual has remained descriptive since its initial publication in 1948.

It was reported that it had not accrued any legal status and had not contributed to the codification of the Constitution.

It was highlighted, however, that the development of the commonwealth antecedent and its UK descendent were very different.

The former has evolved over half a century while the latter went from conception to publication in little over a year.  This dissimilarity perhaps goes some way to explaining the sense of distance between the document and the UK executive expressed at the meeting, in contrast to the executive ownership characteristic of the NZ model.

The UK Manual was described to the APPG as a consolidation of existing guidance, covering new ground in only two instances (an extension of the caretaker convention to cover post-election periods of uncertainty and an explicit statement of the role of the civil service in providing support to parties during the formation of coalition government).

As such, the notions that the Manual is a step towards a written Constitution or a power-grab by the civil service were rejected as ‘misunderstandings’.

The descriptive intent of the Draft was undisputed. Questions were raised, though, about its potential, albeit unintended, normative implications.

The doctrine of parliamentary sovereignty dictates that no UK document can operate as a written Constitution in the sense of a source of legal authority within a State.  However, the distinction between the Manual and a written Constitution as a description of current constitutional arrangements was reported to be far less discrete. Given the near absence of constitutional axioms in the UK, it was suggested that the Manual is highly susceptible to legal adjudication both procedurally (relating to the drafting and revision of the document itself) and substantively (the content of the Manual could become the subject of declaratory relief).  The most obvious implication of this development would be increased judicial activism; greater judicial involvement in a range of ‘constitutional’ matters that have previously been regarded as ‘off-limits’.

Ruminating on the Manual’s implications

Many at the APPG agreed that the Manual’s potentiality was greater than its authors’ statement of intent.  Disputed, though, were the significance and merit of its implications.  While many were concerned about the latent fortification of convention into legal precedent and increasing judicial involvement in parliamentary affairs, others accepted these processes as the innocuous norm.  Others still highlighted potential benefits; a more transparent system open to public and parliamentary scrutiny and perhaps a greater likelihood of ‘orderly’ Cabinet government to counteract decades of increasingly presidential modes of decision-making.

For full details of speakers’ presentations see here.  The Constitution Society’s Briefing Paper on the Cabinet Manual is available here.