You are here: Home » Publications » The unseemly haste to introduce fixed term parliaments 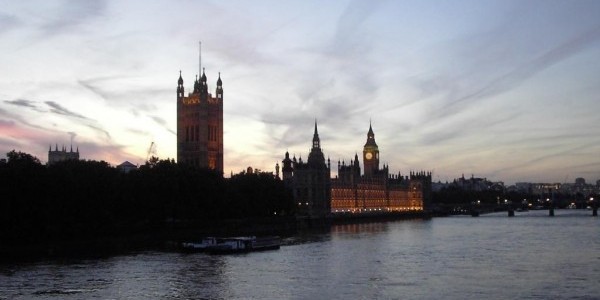 Following five hours of debate, the Coalition’s Fixed-term Parliaments Bill received its second reading on Monday 13th September and was passed with a government majority of 288.  A long-standing policy of the Liberal Democrats, fixed-term parliaments have become a central plank of the Coalition’s plans for constitutional reform.

How it works at present:

Considerable discretion is allowed because there are no clearly defined parameters as to what constitutes a vote of no confidence.  Even the inability to pass statement legislation could be construed as such.

What the Bill does:

What the Bill doesn’t do:

According to Jack Straw these uncertainties risk “opening up the possibility of a lame-duck Administration and constitutional limbo”.

Constitution making on the hoof?

During the debate in the second reading, the Coalition faced accusations by Bernard Jenkin of “constitution making on the hoof”.  The legislation has received no pre-legislative scrutiny and, like its sister bill on Alternative Voting and boundary changes, it is being rushed through Parliament.

The nature of its introduction contrasts the Better Government Initiative recommendation (Jan 2010) that:

despite the welcoming of this recommendation by both the Liberal Democrats and the Conservatives at the time.

Commentary and debate on the bill to date sheds no light as to the reasons for curtailing the necessary scrutiny of a bill which makes profound changes to our constitution:

In their manifesto the Liberal Democrats pledged to “introduce fixed-term parliaments to ensure that the Prime Minister of the day cannot change the date of an election to suit themselves”. The Conservative manifesto contained nothing specifically on fixed-term parliaments, but did contain a pledge to make “the Royal Prerogative subject to greater democratic control so that Parliament is properly involved”

The emphasis, therefore, appeared to be on a desire to limit the power of an incumbent Government to trigger an election on a date to suit itself.

The move to fixed-term parliaments appeared as the ConLib Coalition’s first pledge for ‘political reform’ in their post-election Coalition Agreement, which promised to provide for the  “dissolution [of Parliament] if 55% or more of the House votes in favour”, apparently meaning that votes of no confidence would require a 55% majority of the House rather than the existing simple majority.  This sparked a media frenzy. Critics feared that the Coalition sought to entrench their position in the Executive by linking fixed-term parliaments to a higher threshold of support necessary to cause dissolution.

Sir George Young MP (Con, Leader of the House) explained that the higher threshold for votes of no confidence makes it harder for the prime minister to call a snap election for his partisan interest and instead ensures that the decision is in the hands of MPs

David Cameron said I’m the first Prime Minister in British history to give up the right unilaterally to ask the Queen for a dissolution of Parliament. This is a huge change in our system, it is a big giving up of power…..but I believe that it is a good arrangement to give us strong and stable government

In a Commons debate Christopher Chope alluded to the subtle change in background to the Bill, saying the Prime Minister is giving up his constitutional right to request a Dissolution, and I can understand that that is very important-a matter of honour between himself and the Deputy Prime Minister. It means that the Prime Minister cannot pull the rug from under the coalition, but why do we need legislation or, indeed, a motion to achieve that? Surely the Prime Minister’s word is sufficient.

Fixed Term Parliaments Bill published and first reading. The 55% threshold had been withdrawn and the new provisions, summarised above had been introduced; there was no debate on the first reading of the Bill and the explanatory note does not explain the reasons for the changes from the proposals as set out in the Coalition Agreement.

Second Reading of the Bill passed with a government majority of 288 despite serious criticism from both Labour and Tory MPs.  Chris Bryant, amongst others, argued against the 5-year term, Chope criticised the move away from a new PM necessitating a new election and Bernard Jenkin complained that the power to dissolve Parliament by a simple majority was being taken away from MPs.  Clegg defended the Bill against claims that the courts could intervene in dissolutions and insisted that it is “not about the internal dynamics of this coalition”.

What difference could the legislation make?

Several other jurisdictions (including the USA, New Zealand, Australia and Scotland) successfully employ fixed term parliaments, although the fixed term is often four years, rather than five.

Unless the Coalition partners are secretly expecting their pact to fall apart in the near future, it would seem that this Bill relates to matters which are unlikely to come to a head within the next year or two, so it might have been assumed that there was ample time for consideration and debate.

In response to questioning on the day of the Bill’s publication, the Leader of the Commons argued that an absence of pre-legislative scrutiny was inevitable, a natural consequence of the amount of legislation introduced in quick succession in the first term of a new Parliament with a new Government.

In contrast, the Chairman of the Commons’ Political and Constitutional Reform Select Committee, wrote to the Deputy PM condemning the Government’s legislative timetable, which denied them “any adequate opportunity to conduct this scrutiny”.  Unlike the Voting Systems Bill, which has an intended date for referendum looming, Graham Allen complained that “it remains unclear at present why this [Fixed Term Parliaments] legislation is regarded as so urgent.”

Mark Harper, Minister for Political and Constitutional Reform, committed the Bill to the House for its second reading with the promise that at Committee stage “any Member will be able to raise their concerns on the Floor of the House”, indicative of the continued controversy surrounding the provisions of a Bill whose principle enjoys cross-party support.  Indeed Jack Straw has put “absolutely on the record” that Labour will reconsider their support of the legislation at its Third Reading if their concerns with the provisions of the Bill are not addressed.

Put simply by the Shadow Deputy PM, there is yet to be any serious explanation as to “why the Government are bolting it”.