You are here: Home » Publications » The Speaker speaks of his plans for the future 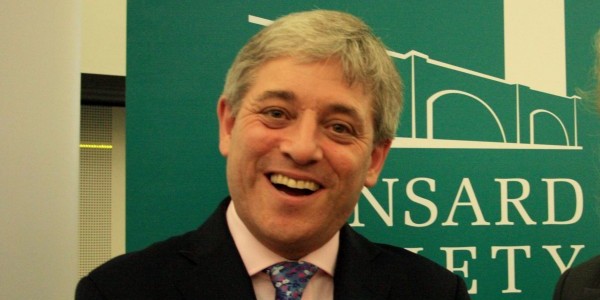 At a talk hosted by the Hansard Society on 8th June 2010, Rt. Hon. John Bercow MP – the current Speaker of the House of Commons – gave his somewhat radical views on the subject of reforming the chamber. His appointment as Speaker sparked some controversy following his decision to abandon the traditional attire customarily worn by the Speaker on a day-to-day basis, which was because he feels it creates a “disconnect” between parliament and the general public. Bercow spoke about this and a number of other issues he considered crucial in the pursuit of rejuvenating the chamber.

Bercow began by highlighting the fact that major changes in the composition of the House of Commons have taken place in recent years, so that the House is now quite different in make-up compared with a few decades ago.  Indeed, many such changes have occurred at the most recent general election.  Notable statistics include that there are now 143 female MPs (the highest such total ever), that approximately 1/3 of the MPs in the House were new to it in May and, of those new MPs, 16 are from ethnic minorities. These changes, he argued, have paved the way for reform as fresh faces have brought enthusiasm for change with them.

The chamber has in recent years seen a decline in attendance, even during important debates, as well as a decrease in the amount of time spent discussing significant issues. Bercow attributes this in large part to the fact that MPs are cross-pressured by “the five C’s” – the Chamber, Committees, Constituencies, Case work and Campaigning – and that the Chamber has simply failed to capture the attention and interest of the MPs enough for them to make it a priority. Tackling this problem, he believes, is crucial to reviving the House of Commons.

He made a number of suggestions aimed at doing just that, some more radical than others. He wants to increase the accountability of Government by having Ministers present in the chamber more often, especially through “urgent questions”. He thinks that there should be an extension of sitting hours and/or of parliamentary sessions, which will enable more time to debate important issues, more time for Private Members Bills to be properly considered, and an increase in the duration of Question Time. He also hopes to use his discretion and authority as Speaker to change the style of the debates themselves, by having more short debates on highly topical issues, encouraging shorter speeches, and pushing for a more conversational style of debate, as championed by Winston Churchill in 1941. He even argued that there could be merits in timetabling in regular debates on topics chosen from a shortlist produced by public petitions. He admitted that there are “some dangers in this idea but…why be allergic to experimentation?”

In urging new MPs to participate fully and frequently in the business of the chamber, Bercow emphasised that due to the small physical size of the chamber, it needs only “one hundred or so Members…to changes its atmosphere entirely.” He also believes that the current climate of the House of Commons is ideal for achieving change. These factors combined, he hopes, will give his ideas the best possible chance of coming to fruition, and thus there is the potential for his time as Speaker to be an extremely eventful period.