You are here: Home » Publications » The Politics of Electoral Reform 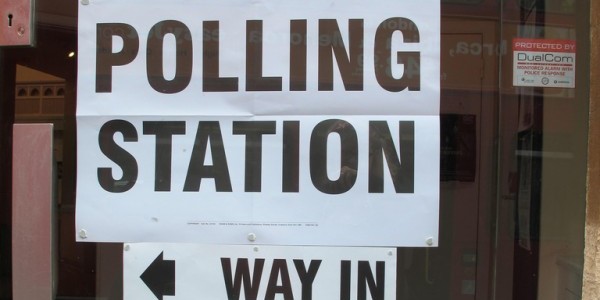 On 22nd July 2010 a bill was introduced in Parliament providing for a referendum on the voting system used to elect MPs to the House of Commons and a reduction in the number of MPs, together with an equalisation of the sizes of constituencies.  The Parliamentary Voting System and Constituencies Bill provides for an asymmetrical linkage between these two sets of proposals:

Is a referendum even necessary?

There is no constitutional precedent which suggests that a referendum is required to change the voting system for the House of Commons. In the first half of the 20th century there were two separate attempts (in 1917-18 and 1929-30) at legislation to introduce a form of AV. Both attempts ultimately failed, but neither the supporters nor the opponents of these measures believed that a referendum was required.

The only UK-wide referendum which has been held to date (in 1975) was on membership of what was then called the  European Community. The limited number of other referenda held since that time have generally concerned the devolution of powers to national or regional authorities.

The Conservatives appear to believe that the equalisation of constituency sizes and an accompanying reduction in the number of MPs will tilt the electoral landscape permanently in their favour. The LibDems seem to have settled for AV as a second best (in place of the Single Transferable Voting they campaigned for in their manifesto) but still a valuable prize likely to increase their representation in future Parliaments.

The agreement to have a referendum on AV was a compromise reached, possibly because the Conservatives had to offer some concession on electoral reform to secure the agreement of the LibDems.  Now, however, both the Conservative and LibDem leaderships place a very high priority on getting these proposals into law as soon as possible.

Both parties may believe that there is some general advantage in the mere holding of a referendum on political reform, because it sends a message to the electorate that the Coalition is serious about ‘cleaning up politics’ – even if the actual subject of the proposed referendum is not central to most voters’ concerns.

The Bill is being put through its various stages with the maximum possible speed. The First Reading (i.e. publication) was crammed into the last few days of the Parliamentary Session just ended, without any pretence of pre-legislative scrutiny.

The Second Reading will be on 6th September, the first day of the new two-week mini-Session before the Commons again adjourns for the Party Conference recess.

What the manifestos said:

We will….reduce the number of MPs in Parliament (p65)…A Conservative government will ensure every vote will have equal value by introducing ‘fair vote’ reforms to equalise the size of constituency electorates, and conduct a boundary review to implement these changes within five years (p67)…We support the first-past-the-post system for Westminster elections because it gives voters the chance to kick out a government they are fed up with (p67)

proportional voting system for MPs. Our preferred Single Transferable Vote system gives people the choice between candidates as well as parties. Under the new system, we will be able to reduce the number of MPs by 150 (pp 87-8)

Referenda, held on the same day, for moving to the Alternative Vote for elections to the House of Commons and to a democratic and accountable Second Chamber (chapter 9:2)

The results of the 2005 and 2010 General Elections show the extent to which the electoral system appears to be biased in Labour’s favour:

There are three explanations for these anomalous outcomes, two of them demographic and one behavioural:

The Bill will address the first two of these issues. Constituency sizes will be equalised and a disproportionate number of Scottish seats will disappear, correcting Scotland’s current over-representation in the Westminster Parliament.

However even after these changes the Conservatives will still appear to be significantly underrepresented as this analysis of electoral results in two imaginary constituencies demonstrates:

Pimmshire is a safe Conservative seat with 75,000 registered voters. Voter turnout in the last General Election was 65%.

Champerstown is a safe Labour seat with 65,000 registered voters. Turnout in the last General Election was 45%.

In each constituency the winning candidate achieved 50% of the votes cast. So:

While the victorious Labour candidate in Champerstown gained:

Now assume that the election is refought after a Boundary Commission review. Both seats now have 70,000 registered voters.  In each constituency the winning candidate again achieves 50% of the votes cast. So:

While the victorious Labour candidate in Champerstown gains:

With equal constituency sizes, the Conservatives have still won 59% of the global vote, without gaining any advantage in parliamentary seats.

Will the Bill be passed?

Labour have announced that they will oppose the Bill in its current form although, in line with their Manifesto commitment, they would have supported a ‘single issue’ Bill providing for a referendum on AV. Jack Straw has said that the linkage of referendum and boundary review in one Bill is ‘a trick’. Labour are – understandably enough – strongly opposed to ‘boundary gerrymandering’ which is likely significantly to reduce their representation in future parliaments, and in particular to the proposed reduction in the number of MPs. Feelings on the issue are running high:  some people on the Labour benches seem to believe that they could never win another general election under the proposed arrangements.

However the Bill will not be defeated, or substantially amended, unless there is a significant Conservative backbench revolt.

This is a possibility: many Conservative backbenchers, particularly on the right of the party, are strongly opposed to AV which they see as a ‘Tory Killer’. Disconnect is focussed on the proposed referendum date, which coincides with elections to the Scottish Parliament, Welsh Assembly and Northern Ireland Assembly, as well as local government elections in parts of England. In consequence, turnout may be significantly higher in areas which are likely to vote in favour of AV.

Some Conservative – and even LibDem – backbenchers are also unhappy with the clause in the Bill which removes the Boundary Commission’s ability to convene local Public Enquiries on contentious boundary changes, including the abolition of seats.

Assuming the Bill is passed, public funds will be made available for umbrella ‘yes’ and ‘no’ campaigns in the period leading up to the referendum on 5th May. Although it is Conservative policy to oppose AV, David Cameron has made it clear that he will not play a significant role in the campaign, and it is likely that other leading Conservatives will adopt a similarly low profile, perhaps because an acrimonious campaign might increase the chances that the coalition will falter if the result of the referndum is ‘no’.  Rodney Leach, the veteran Euro-sceptic, has been appointed to lead the ‘no’ campaign at a safe distance from the leadership.

The LibDems will support the ‘yes’ campaign, although Nick Clegg has said that he does not expect to play a leading role. Grassroots support for AV in the LibDem Party is fairly thin: the Party has been campaigning for Proportional Representation for several decades (and AV is not a form of PR) and many Party members are beginning to speculate that a referendum on AV will reduce the likelihood of a subsequent referendum on PR, at least in the next a decade or two.  Some of these tensions can be expected to manifest themselves at the LibDem Party Conference in September. 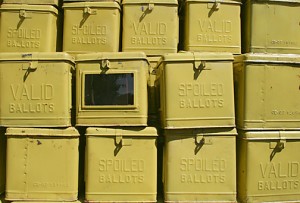 It is likely that Labour will also support the ‘yes’ campaign, although the extent of their commitment will depend to some extent on the result of the leadership contest. However recent events suggest there is an outside chance that Labour may boycott the campaign as a protest against the ‘trick’ legislation behind the referendum.

As things currently stand, most people in the Westminster Village expect that the referendum will result in a ‘no’ vote. The results of referenda on electoral reform in other countries support the view that when citizens are offered a new system of voting which they do not feel particularly strongly about – and in many cases do not really understand –  they vote for the status quo. The counter-argument is that when people are offered an additional power – in this the ability to vote for more than one candidate – they generally take it.  A good deal will depend on the campaign. The ‘no’ lobby is likely to base its campaign on the idea that ‘a vote for AV is a vote for permanent coalition government’: how well this plays with the public will depend very largely on the fortunes of the current coalition over the coming months.

[A briefing paper on Alternative Voting, including worked examples to demonstrate how the system proposed in the Bill would work in practice, can be found here.]