You are here: Home » Publications » The Cabinet Manual; controversy over codification 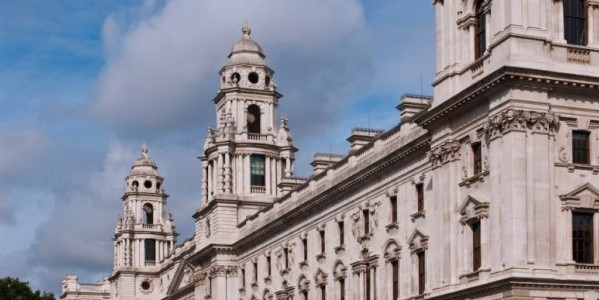 Published last week by the head of the civil service, the Draft Cabinet Manual  is the UK’s first comprehensive guide to the functioning of the Executive; “a guide to the whole business of government seen from the perspective of the executive branch”.

Drawing together various existing pieces of guidance for ministerial behaviour, the Manual has been heralded by many as the first step towards a written constitution.  Others criticise the document as a power grab by its civil servant drafters.  The Constitution Society put these issues to the experts.

First proposed in 2009 on the basis that Whitehall was ill-prepared for the looming prospect of a hung parliament, and following the initial publication of a single chapter on government formation in February 2010, Professor Bogdanor proposes that the project has since grown “into something much bigger”.

The 11-chapter, 148-page document closely follows the New Zealand model, detailing the role of the Executive, Parliament and the monarch as well as outlining central government’s relations with the European Union and the devolved administrations.

Unusually, and at odds with its New Zealand parent model, the executive Manual now faces a process of parliamentary scrutiny.   Professor Hazell warns of the limited place for eventual comment and it remains to be seen what strength of voice will be achieved by the inquiry already announced by the Constitutional Reform Committee and others like it.

The Manual is not only for the benefit of those on the inside, argues Sir Gus O’Donnell, but also serves the public by establishing “greater transparency about the mechanisms of government”.

Indeed Professor Bogdanor agrees; why shouldn’t the conventions steering government be available to the public as a whole?

This transparency is at the heart of Professor Wilson’s belief in the utility of such documents as “best practise manuals”, setting out expected patterns of ministerial behaviour in order to help the public, the opposition and the media to hold executives to account.

The risk, it is argued, lies in the authority instilled in convention by its committal to a single authoritative guide (codification by a more provocative name).

Is it possible to draw together the UK’s constitutional arrangements in a “best practise manual” without moving towards a codified constitution?

The issue remains controversial, though, even amongst constitutional academics.  Professor Bogdanor is clear; “it’s the first step and a pretty big step towards a written constitution”.

The argument hinges, perhaps, on the potential for the Cabinet Manual to be held up in court.  If the document has the potential to legally bind successive governments then it is clearly more constitutionally significant than a guide to good behaviour.

Professor Hazell is confident that the UK will follow the international precedent; “constitutional conventions are not normally enforceable in the courts”.

Given Professor Bogdanor’s description of the UK since 1997 as a state progressing towards a written Constitution while the details of its constitutional arrangements remain in flux, Merton’s law could well apply.

Is there potential, one might question, for legal rights to be drawn from the document in the future?

No doubt the scrutiny of the Manual’s Draft before its definitive publication in March 2011 will reflect on these seedlings of doubt.