You are here: Home » Publications » Should civil servants have the tyranny of the first draft? Peter Lloyd considers the Cabinet Secretary’s “Cabinet Manual” 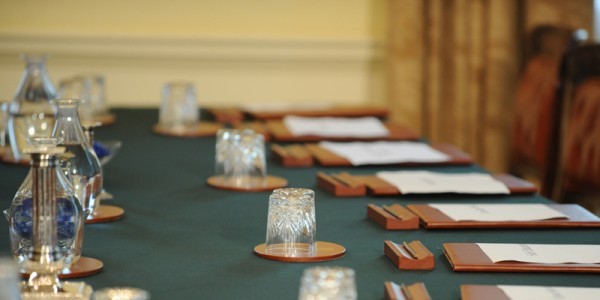 Although the British constitution is often described as unwritten, this is for the most part not the case. It’s simply written down in lots of different places – in statute law, common law and various historical documents including the Bill of Rights and Magna Carta. There are elements which are unwritten, known as the conventions, including for example that which requires government ministers to be answerable to parliament in person, normally in the House of Commons. What is somewhat unusual is to discover that an element of the constitution is being written at the moment, behind closed doors in the cabinet office. One of the most problematic, delicate and poorly defined area of the constitution relates to the residual powers of the monarch to dissolve parliament and to appoint a prime minister who is then able to form a government. In the normal circumstances of decisive majorities after general elections, this is a formality with the leader of the party having a majority in parliament being asked to form the government. However, as it recently dawned on the government that the chances of a “hung” Parliament in the general election were high, there is an attempt being made to clarify the rules and procedures that should operate under that scenario.

It is well known that there is a confidential file in the hands of the cabinet secretary relating to these procedures, but it has become apparent that the cabinet secretary, at the request of the Prime Minister, is in charge of writing up these rules as part of constructing something much more substantial, namely a “cabinet manual.” This was disclosed in a House of Commons Justice Committee report published on 29th March 2010. It transpires that the manual will cover a great deal more than cabinet matters. It has chapters entitled “The Monarchy and Privy Council,” “The Executive, the Prime Minister and Ministers,” “Ministers and the Law,” as well as others on topics covering ministers’ relationship with Parliament, the Civil Service, devolved Administrations, local Government and European and International Institutions which aren’t necessarily the sole domain of the cabinet office.

In a recent article in the Financial Times(£) bringing this to light, the eminent columnist Sir Samuel Brittan suggested that the cabinet manual could be the basis for a written constitution. However this rather begs the question as to whether it is appropriate for the current cabinet secretary to be writing what could be seen as part of the existing constitution. In recent years there have been many additions to the British constitution particularly from the adoption of the Human Rights Act, devolution to new regional governments and the extension of power to the EU through the Lisbon Treaty. However, the idea that the constitution could be amended in private by the government of the day could be seen as inappropriate because the government itself is a major party to the constitutional rules, and as such has an inbuilt desire to see that they suit the government.

The debate about the merits of a codified and therefore fully written constitution is gathering in intensity, with all the political parties aware of the concerns surrounding the concentration of power in the executive arm of government at the expense of the other arms of the State, including the House of Commons, the House of Lords, parliamentary select committees and the semi-autonomous public bodies which are effectively controlled by government. There is also more focus on the appropriate role for backbench MPs. Perhaps the application of a key governance principle – the separation of powers – should be looked at afresh.

Peter Lloyd is author of “Bring on a Revolution – A Charter for Britain” which calls for a new set of principles to form the basis of political governance in Britain, and for a written constitution.

The existence of the Cabinet Manual has received approbation in some quarters. Robert Hazell of the Constitution Unit and Peter Riddell of the Institute for Government describe the manual as ‘a balanced and accurate statement of the existing constitutional conventions’. They go on to say, ‘by making these guidelines public for the first time, before the election, Sir Gus O’Donnell, the Cabinet Secretary, has sought to ensure that everyone knows what the position will be in case no party wins an overall majority’ in the general election.

To date only Chapter 6 of the Cabinet Manual has been published. It is still a draft and deals with Elections and Government formation.