You are here: Home » Publications » Scaling the Heights of Lords’ Reform 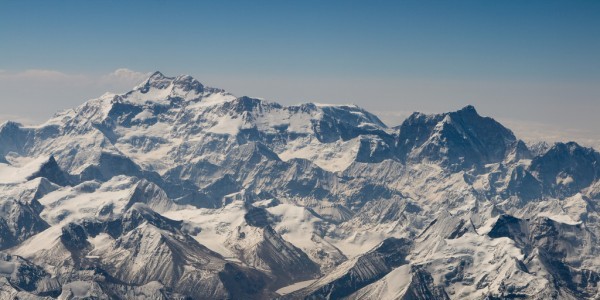 If you had risen to your feet in Parliament 100 years ago and asked the Prime Minister whether his planned reform of the House of Lords would be completed before you could make a telephone call from the top of Mount Everest, Mr Asquith would have doubted your sanity and dismissed your question as facetious.

And yet, as we await the promised Lords Reform Bill to turn decades of modernising dreams into a 21st-century reality, almost all the parameters of that long-desired reform are still undecided: the only casualty so far has been the majority of hereditary peers, whose right to sit in judgement over the elected Commons derived from an ancient forebear’s sometimes questionable service to the monarch of the day.

That the old House of Lords should give way to a more modern second chamber is generally agreed, but opinions as to how its members should be chosen seem as volatile as a flock of emigrating starlings.

And we have hardly begun the process of deciding which elements of the Lords’ powers – hedged and shaded over the years by a ‘Heath Robinson’ structure of conventions and agreements – should be retained.

All that is clear is – to paraphrase the yokel giving directions – that it would be better not to start from here.

Which should come first: a view of who should sit in this reformed body, or a clear vision of what role it should play?

Why do we want a ‘secondary’ chamber?

If our chief desire is a forum to pore over the details of rushed Commons legislation – Parliament’s website describes the Lords as “a forum of expertise, making laws and providing scrutiny of Government” – then we need a broad range of experts on hand. But, according to analysis by UCL, the professional backgrounds of more than half of today’s peers are either in politics (27%) or in business or banking (26%). Few are experts on international relations, for example, and fewer still are skilled in science, engineering or the arts.

Can we be sure that their expertise is of current value?

More than half of the current crop of peers are over the retirement age, and nearly one in five is over 80.

And will they turn up for work?

Nearly thirty per cent of the Lords attended fewer than a quarter of the sittings in the last year, and the average daily attendance was 388, roughly half of the full body entitled to attend.

Reconciling the apparent axiom that the new chamber should be largely or fully elected:

How will we prevent the second chamber from being simply a ‘pale and bloodless emulation’ of the Commons?

What will become of the independent crossbenchers?

Such appointments usually reflect an acknowledged expertise, not loyalty to a party hierarchy.

How will the numbers be controlled?

A cross-party group of MPs and Lords (including the current Foreign Secretary, Lord Chancellor and Minister for the Cabinet Office) suggested in 2005 that the transition to a more focussed body should involve reducing the size of the House to as few as 385 members.

How will the elected ‘second’ chamber work with the Commons, the accepted ‘primary’ chamber?

When the two bodies clash, which house will give way if both lay claim to a democratic mandate?

Some have suggested using a proportional electoral system for the new second chamber; but that would surely lead to the ‘new Lords’ claiming a better and fairer mandate than the Commons, still tied to its ‘first past the post’ elections.

Could a reconstituted second chamber work with the Commons, giving backbenchers a renewed confidence to challenge the Government of the day?

There is evidence that the revived legitimacy of the post-hereditary Lords has had the hidden effect of encouraging ministers to amend legislation in order to avoid public defeat in the Lords, thereby securing concessions that MPs – whose future career prospects may depend on pleasing party whips – have been unable to achieve.

Could this rebalancing of the power struggle between the executive and Parliament make the Government more responsive to wider interests, and less focussed on a partisan agenda?

Perhaps the long-awaited Bill will supply some answers. And then who will lead the campaign for a ‘reformed’ House of Commons – where ‘reformed’ might mean ‘more independent’, or ‘less confrontational’, or ‘more just’, or ’less bombastic’, or ‘more like you and me’, or ’less like you or me’, or … insert your own adjectival phrase, according to taste.