You are here: Home » Publications » Rip it up and start again: the only way to deal with the House of Lords? 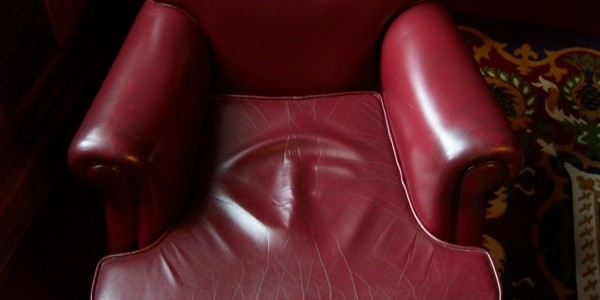 In an article published for the first time on the ConSoc website today, Professor Dawn Oliver argues that we should resist  political pressure to reform the House of Lords by making it an elected body.   She argues that an elected second chamber would lack all the merits of the existing House of Lords – expertise and relative freedom from party political influence and the undoubtedly beneficial influence of the independent crossbenchers – and would consequently be far less able to hold the Government to account that the present House of Lords.

Her solution is to start from scratch by the creation of a wholly appointed Commission for Executive Scrutiny composed of eminent people with relevant experience and expertise, which would not be a House of Parliament, but with a wide remit to be involved in the legislative process at every stage.  The Commissioners would be appointed for a 15 year term and would be free of the party whip, being appointed by an independent body founded for the purpose.

Interestingly, Professor Oliver’s proposal appears to flow, not from a burning desire to reform the existing House of Lords, of which she speaks in relatively complimentary terms, but from a view that reform appears to be inevitable because of the perceived ‘democratic deficit’ inherent in a House which is unelected and which owes its existence to historical evolution rather than to an Act of Parliament or a written constitution.

Professor Oliver’s proposals chime with the views of Lord Bingham, who has advocated that abolition of the House of Lords and its replacement with a revising chamber.  For more about the House of Lords, its structure and proposals for reform, see here.

The full text of Professor Oliver’s paper appears below:

What is to be done about the House of Lords?

In the run up to the election the government proposes that the second chamber – the House of Lords – should be entirely elected, reduced in size and renamed a Senate. Both the Conservatives and the Liberal Democrats seem to agree in principle. In practice the House of Commons has been divided and undecided about the issue over the last decade or so. The House of Lords does not agree with the Commons, and has voted for the House to remain entirely appointed.

Put simply the problem is that the House of Lords is a chamber of Parliament, and of course it is assumed that Parliaments should be elected. The Lords’ membership is highly anomalous, being composed of 92 hereditary peers, life peers most of whom are appointed as an exercise of political patronage by the Prime Minister of the day, a substantial independent element recommended for appointment by the non-statutory Appointments Commission and Bishops of the Church of England. It has not been possible to get the two Houses or the parties to agree on, for instance, an independent, merit-based appointment system for all new members. Prime Ministers are reluctant to give up the patronage which enables them to decide how many new members each party should have and how many new cross benchers should be appointed. Party leaders do not want to give up the right to nominate their members to the Prime Minister.

But the obvious alternative, an elected House of Lords or Second Chamber, could challenge the House of Commons’ primacy. It might well not be able to perform its important scrutiny and revision functions as well as the present House does: elected members would be different from the current members, lacking expertise and experience and being more politically partisan. A wholly elected House would of course not contain independent or cross bench members. Overall an elected House would not be able to hold the government to account as well as the current House does.

I suggest, therefore, that an alternative to electing the House of Lords should be sought. Rather than be elected, the second chamber should be replaced, lock stock and barrel, with a new, independent, appointed, expert and experienced Commission composed of eminent people with relevant experience and expertise, which would not be a House of Parliament. It would complement, and not compete with, the House of Commons in holding government to account. It would do the things the House of Lords does well, it would not do the things it does or would (if elected) do badly, and it would improve the quality of laws; and through its debates and reports it would enhance government policy.

Before elaborating on this proposal, let us remind ourselves what is different about the UK and its second chamber – different from other democracies. These differences explain why an elected second chamber would not meet the needs of the UK and why a new Commission would do.

Other second chambers operate under written constitutions, so their role and status derive from the Constitution. Thus they are legitimate in a way that the House of Lords is not and a new elected second chamber would not be either.

In most countries there is post-legislative review – judicial review – of Acts as to their constitutionality or legality. There is no such possibility in the UK, except in relation to European Law: our courts will not refuse to give effect to a provision of an Act of Parliament save where European law is in issue, even if the Act breaches constitutional principles or human rights or is badly drafted or unworkable. I do not suggest that they should do so, but I do suggest that there should be robust safeguards against bad laws being passed.

In many other countries there is provision for extra-parliamentary pre-legislative scrutiny of bills for constitutionality, legality, an evidence base and so on. A law may not be passed if it is contrary to those requirements. This is the role of the French Conseil d’état and its equivalents in many mainland European countries, and of the French Conseil constitutionnel. There is no such provision for independent pre-legilsative scrutiny of bills in the UK.

But the general feeling seems to be that the House of Lords, being appointed rather than elected, is illegitimate and ought to be elected.

So we seem to be moving towards provision for elections to the House of Lords. If that were to happen the elected members would be party politicians, probably with careers in regional and local government, in the Commons or in their parties. They would not have the range or depth of expertise to perform the scrutiny functions that the current House of Lords has. Being elected they would be less independent in spirit than the Lords currently are, under pressure from their parties to follow the party line. And of course if the second chamber were elected there would still be no extra-parliamentary, independent pre-legislative or post-legislative review of bills – or independent informed debate on government policy and other matters of public concern.

In my view that would leave us very vulnerable to ill-considered laws being passed – even more so than at present, when the second chamber provides some protection.

My proposal is that, instead of providing for the House of Lords to be elected, it should be abolished and replaced by a Commission for Executive Scrutiny. This body would be completely independent of government and of what would then be our single chamber Parliament, the House of Commons. It would be established by Act of Parliament. Its function would be to complement the House of Commons in holding Government to account. Its job would not be to hold the Commons to account. It would have special responsibilities for human rights, the constitution, delegated powers, European law, statutory instruments and treaties. It would be entitled to conduct inquiries into matters of public interest and to debate such matters and report. It would sit in public both in plenary sessions and in committees, and its proceedings could be televised.

The Commission would not have the one year delaying power that the House of Lords has. But it would be in a position to hold up the legislative process if it had concerns about the legislation being brought forward. The Commission or its committees should be required to examine, amend and report on bills at every stage of the legislative process – before second reading in the House of Commons, after second reading, after committee stage, before report, after report. It should be required to publish its reports on bills within one month of first reading, second reading and so on. At each stage the government should be required to provide a reasoned response to the Commission’s reports. The Commission should have two weeks to respond to the government response. The bill may not be taken to the next stage in the Commons until the Commission has given that response. The point of this is that government would be expected to take care to secure that its bills did not transgress the standards the Commission would elucidate. The Commission’s existence would have an effect ‘upstream’ when bills were being prepared. And it would be expected that members of the House of Commons would also be influenced by the Commission’s reports and government responses as the bill made progress through that House.

All members of the Commission for Executive Scrutiny should be appointed by an independent Appointments Commission. It would work according to criteria laid down in the Act. These would deal with the size of the Commission – say 200 – they would provide for a gender, ethnic and party balance, and an independent or non- party aligned element of say 25%. The enabling Act should  also provide for the Appointments Commission to consult on and lay down the needs of the Commission for Executive Scrutiny for expertise in commerce, the constitution, culture, defence, economics, education, European law and policy, families, finance, foreign affairs, health, human rights, manufacturing, IT, politics, science, social policy, sport, and so on.

Commissioners should serve for a single term of fifteen years, followed by a period of quarantine before they could stand for elected office. They should be free from mandates or whipping. They should not be required to be full time. They should receive a per diem allowance for their work. They would only be entitled to reimbursement of travel expenses and overnight accommodation in hotels when incurred for specific purposes. They would be supported by a secretariat.

Former members of the House of Lords, like other suitable people, would be eligible to be appointed to the Commission, but they would have no special claims to appointment: it would be for the Appointments Commission to determine whom to appoint. It could either be located outside the Palace of Westminster or – if a new or renovated building were considered too expensive – in parts of the Palace of Westminster. But much of the accommodation there currently occupied by the Lords could be handed over to the Commons.

This new institution would provide effective pre-legislative scrutiny of bills, and secure that effective safeguards were in place against the passing of defective laws and the pursuit of ill-thought out policies. It would make it possible for us to continue without judicial review of legislation by the courts, in the confidence that the passage of bad laws was unlikely.