You are here: Home » Publications » Nick Clegg under scrutiny by the new Select Committee on Political and Constitutional Reform 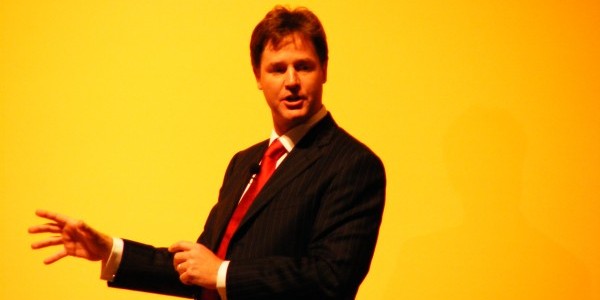 A new select committee has been established in this Parliament specifically to scrutinise the programme of Political and Constitutional Reform. Within a day of its establishment an intense two hour session was held with the first of the witnesses to the committee, the Deputy Prime Minister, Nick Clegg, about the immediate and longer-term reform proposals.

The key principles of the reform programme are, said Mr Clegg:

Mr Clegg said that although the Government’s proposal for reform were ambitious and wide-ranging, in many senses it was not new or trying to re-invent the wheel, as many of the proposals under consideration had been the subject of debate for many years – in some cases for decades.  He also expressed the view that there was an unprecedented level of underlying consensus between the main political parties in favour of political reform which he hoped would act as a foundation for proposals currently under consideration.  He argued that the fact that we are a particularly old democracy put pressure on us as a nation constantly to review our politics and the transparency of government in order to reflect the changing nature of our society.

There would be two waves of legislative activity.  The first will involve bills on fixed-term parliaments and the referendum on the Alternative Vote (plus associated boundary revisions) and house of lords reform. The second wave, next year, will include a number of further measures, such as lobbying and reform of the funding of political activity.

Mr Clegg failed to respond to one question from the committee as to whether the proposals should be regarded as the first step towards a written constitution, although he did concede that it might not be desirable to overturn the ‘tradition’ whereby decisions made in one parliament can be set aside by a future parliament.  Asked whether any of the proposals ‘went deeper’ that statutory law, Mr Clegg responded that proposals, such as the requirement for a higher percentage vote of MPs to secure a dissolution of parliament had ‘a sort of tablet of stone feel about them‘.

The chairman of the committee noted that the committee was endeavouring to move as rapidly as possible in relation to its scrutiny of the issues to be contained in bills and the referendum proposal which are to be brought forward before the end of the year (a fact which is allowing little time for scrutiny, nothwithstading earlier consensus that pre-legislative scrutiny should be more thorough).  Mr Clegg, however, agreed that he was ‘unambigously’ happy to give the assurance sought by the chairman that the government would allow more time so that all other proposals could be considered in a ‘more measured way’.

Mr Clegg discounted concerns that there were likely to be considerable differences in levels of turnout by reason of the proposed referendum on AV coinciding with the parliamentary and assembly elections in Scotland and Wales. He conceded that the AV system was not his first choice of electoral system, as he would prefer a system of proportional representation, however he felt that the merit of the AV system was that it prevented tactical voting and gave people the impression that all of their votes counted, which were both significant improvements over the First Past the Post system.  He did not regard the proposed referendum as a stepping stone towards PR – saying ‘one referendum on electoral reform is more than enough for the time being.‘

The website of the committee can be accessed here. A recording of the complete proceedings can be viewed here.