You are here: Home » Publications » Lords Reform; more predictable in context than in implication? 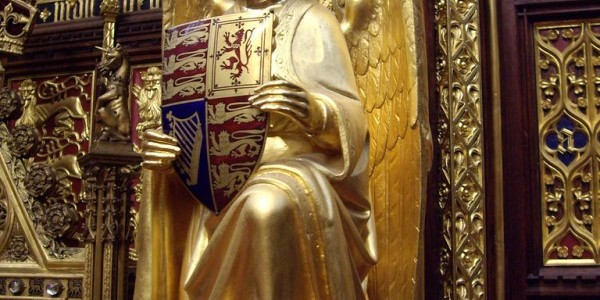 An unspoken minor casualty of global warming has been the devaluation of the adjective ‘glacial’: as ice caps and glaciers melt more quickly, ‘glacial’ no longer adequately describes a process as numbingly slow as the reform of the House of Lords.

Radical changes in the constitution of the UK’s ‘upper’ House of Parliament have been openly desired since Gladstone’s era; but the heat of the furious debates has not thrown much light on either the composition or the powers of a reformed Lords.

Little progress has been made since that simple summary was voiced exactly 100 years ago in November 1910 by Lord Curzon of Kedleston, former Viceroy of India, after the constitutional crisis of the People’s Budget had thrown the already strained relationship between the two chambers into turmoil. And in spite of the enormous changes in society and in politics since then, it is still not clear exactly what we want from a reformed House of Lords, although we are probably closer to getting it – whatever ‘it’ may be – than we ever have been.

The Road to Reform…

In the intervening years, piecemeal reforms have tinkered with the balance of powers between the Lords and the Commons: restrictions on the power of the ‘upper’ chamber to defy the will of the Commons were imposed by statute in 1911, and reinforced after the Second World War.

Sensing their lack of perceived legitimacy as society changed around them, the Lords developed gentlemen’s agreements to restrict further their right to challenge the democratic mandate of the elected Commons. And the institution that had begun as a gathering of the good and the great and the seat of the most powerful in the land was well on the way to becoming an anachronistic museum-piece, an emblem of privilege and snobbery in a world of modernity and meritocracy.

So what happened in 1999, when decades of talk finally slipped into action? Well, it must have been a shock for the Lords as hundreds of hereditary peers – 98 per cent male – were removed in what was billed as the first stage of Labour’s long-awaited reforms.

It certainly jolted onlookers: one journalist spluttered and asked if this was the “road to the British Reich”, and even experts foresaw the weakening of Britain’s bicameral system, leading to the unchallenged ‘dictatorship’ of the Commons.

Analysis of the true state of affairs after the departure of the hereditary peers shows how tricky it is to make accurate predictions, especially about the future. No breakdown of society, and no meltdown of the Lords ensued. In fact, the Lords became more rebellious and willing to stand up to the Commons than it had before the reforms, even taking into account the historic predilection of peers for opposing Labour-led legislation.

Apparently the removal of most hereditary peers has given the new improved House of Lords – including the 92 hereditaries allowed to stay – a feeling of greater legitimacy and a right to challenge the Commons.

Over 40% of the Labour, Liberal and non-party peers have joined the Lords since the 1999 reforms; and their bullishness also probably owes something to the dwindling respect for elected politicians in the wake of the scandal of parliamentary expenses, and to the growing unpopularity of the last Labour administration.

Of course, the relative strengths of the major parties in the Lords have changed: whereas in 1975 the Conservatives held a clear majority of active peers in the Lords, since 1999 Labour and Conservatives have seen a broad parity, with the balance of power held by Liberal Democrats and cross-benchers.

Dr Meg Russell of the UCL Constitution Unit has studied the new-look Lords closely, and notes that all but 12 of the 283 government defeats in the Lords between 1999 and 2005 were achieved when Liberal Democrat peers voted against the government. She has also pointed out that defeats do not tell the whole story: the ‘new’ Lords now insists on its amendments far more frequently than the ‘old’ Lords did.

Between 2001 and 2007 the Lords challenged the rejection by the Commons of its amendments on 28 Bills, more than twice as many as it had insisted on in the previous 27 years!

The Bill laying out the future of the Lords is yet to be revealed. But one rare individual did make a prediction about the future nearly 90 years ago which looks increasingly likely to come true: “I think it will be agreed”, Viscount Peel told the Lords in 1922, “that if any Party or Government is capable of dealing with the subject it is a Coalition Government.”