You are here: Home » Publications » Looking for that special someone: the enduring relationship between politicians and special advisers 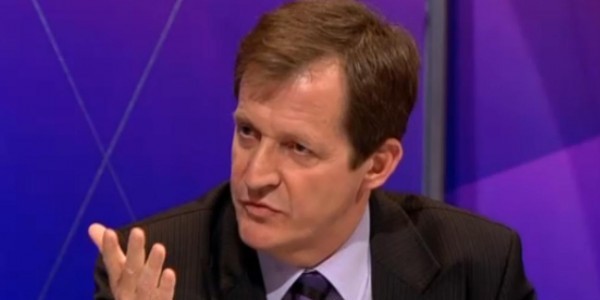 “There’s nothing new under the sun”, wrote satirist Ambrose Bierce around a hundred years ago, “but there are a lot of old things that we don’t know.”  That quotation came to mind while researching the role of ‘special advisers’, forever associated with New Labour’s desire to control the news agenda.  Countless frothing commentators fulminated against this supposedly new species of supposedly public servants, accused of blurring an unstated but sacred line between party interests and public service.  But are they really a new phenomenon, or just an ‘old thing that we didn’t know’?

Advisers have always been there, the powers behind the thrones, and not always for the common good. Centuries before tabloid sub-editors raised punning headlines to a dubious artform, Aethelred II saw his kingly name (Aethel – raed: ‘noble counsel’) twisted into the epithet ‘un-raed’, meaning poorly advised. Special advisers were part of government deliberations from at least the nineteenth century, and not all were above controversy: Neville Chamberlain employed a mysterious former intelligence agent in Conservative Central Office, whose papers were all burned on his death.

But special advisers took on a newer role in the 1970s under Harold Wilson when their status was formalised. Wilson described their contribution as an extra pair of hands, eyes and ears, as well as a mind “more politically committed and politically aware” than that of a career civil servant. And their usefulness was not questioned: figures as disparate as the general secretary of the civil servants’ union, the Liberal Democrats’ chief whip and the chairman of the Conservative party have all since gone on record to praise their work.

Their growth was gradual at first: the main characters were well-known – Joe Haines and Marcia Falkender under Wilson, Bernard Ingham under Thatcher – and all worked hard to present the best faces of those administrations. Ingham, who described his function as giving a positive gloss to what the government was doing, admitted that every government since Wilson’s had exploited the special adviser option, and called it “a very good training ground for young politicians”.

By the time John Major was defeated in 1997, the number of special advisers had risen to 38. But the incoming Blair government – desperate to manage the news agenda after Labour’s media mauling when last in office and through their wilderness years in the 1980s, and eager to appear strong by presenting their achievements in the best possible light – doubled that figure almost immediately, and gave the top advisers executive powers over civil servants. The diaries of Alastair Campbell give a hectic and colourful account of life as Blair’s press secretary feeding a growing demand for 24-hour news coverage, amid increasing media resentment at the way stories were given ‘spin’. Ivor Gaber (then Professor of Broadcast Media at the University of London) described the relationship between media and government as “adversarial, but collusive” in the way that both sides used ‘spin’ to put forward their own ‘truths’.

But it was when the actions of special advisers became scandals in themselves – for example, when the name of Jo Moore hit the headlines after she assessed the 9/11 terrorist attacks as a good day to bury bad news – that public wrath came down on special advisers.Select committees and the Committee on Standards in Public Life (CSPL) scrutinised the adviser situation and new rules were drawn up to ensure higher standards of conduct and clearer accountability.  So when e-mails from special adviser Damien McBride containing personal attacks on opposition politicans were leaked in 2009, the response was swift, McBride resigned – and the Code of Conduct for special advisers was again tightened.

The central problem of special advisers is the ambiguity of their status, between civil servants and party workers, working in areas where government and political party overlap, yet paid from public funds. Bernard Ingham told the Commons Public Administration Committee in 2003 that special advisers were “a means of getting your hands on public money to finance a party political post”. The outrage vented against the e-mails of Damien McBride was not purely distaste at the dirty tricks involved, which are sadly as much a part of politics as they are a part of human nature, and go far back into history, way beyond the release to the papers of Ramsey McDonald’s birth certificate – showing his illegitimacy – in 1924 on the eve of his becoming Prime Minister. The public outcry was fuelled by the fact that McBride was paid from public funds. Yet, as the select committee chairman responded, the funding of political parties is a grey area, at best: advisers in the opposition parties are covered by no code, although 60% of their funding comes from taxpayers.

Back to where we started, with Ambrose Bierce, and his witticism on the recycling of everything: it is reassuring to discover that his witty one-liner had already been said by Marie Antoinette over a hundred years earlier, and she in turn was drawing on a much-loved passage in the book of Ecclesiastes. Maybe the author of Ecclesiastes was right to sum up: “Behold, all is vanity and vexation of spirit”.