You are here: Home » Publications » House of Lords reform: the Lords are speaking – is anyone listening? 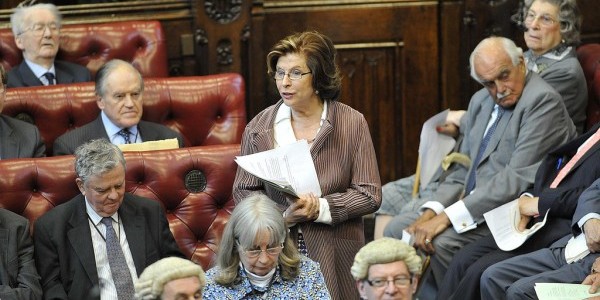 On the 29th June 2010, an epic debate took place in the House of Lords on the subject of reform of the House.  The debate, which arose as a result of a motion by Lord Steel of Aikwood (Liberal Democrat), was introduced by the Leader of the House of Lords, Lord Strathclyde (Conservative), who announced that he would establish a Leaders’ Group, chaired by Lord Hunt of Wirral to consider and draw up a draft bill for reform.  Although this marks the beginning of what are arguably the most extensive set of works ever on the form and composition of the House, with potentially profound constitutional impact, the debate has been largely ignored by the press.  The significance of the issues are not, however, lost on the Lords themselves, who attended the house in large numbers to express their views, with a total of 65 peers speaking in the course of the 8 hour debate, which continued long into the night.

The principle motion under consideration ran as follows:

That this House calls on Her Majesty’s Government, notwithstanding their proposals for Lords reform whose legislative timetable is unclear, to table Motions before the Summer Recess enabling the House to approve or disapprove:

(a) a scheme to enable Members of the House to retire,

(b) the abolition of by-elections for hereditary Peers,

(c) the removal of Members convicted of serious criminal offices,

(d) the creation of a statutory appointments commission.

These four issues were originally slated for consideration in the Constitutional Reform Bill of the previous administration, but were expunged from the bill as part of the many compromises reached to see pending legislation through in the ‘wash up’ immediately prior to the dissolution of parliament and the general election.

Although the issues set out in the motion might be regarded as relatively minor in the overall scheme of House of Lords reform, it was almost inevitable that the subject of the debate would range wider and deeper, especially in view of the fact that so many peers requested to speak on the matter.

The debate should be viewed in the context of  ‘The Coalition Agreement’, published by the Government on 20 May 2010, which  stated that a Committee would be appointed to bring forward proposals for a wholly or mainly elected House of Lords.  That Committee, consisting only of front-bench spokespeople from the three main political parties, is to prepare a draft Bill which is to be published by December 2010.

The debate brought forth harsh criticism of a process of reform, whereby a draft bill is the starting point, even before there has been discussion as to whether and what manner of reform should be brought forward.  Moreover, the fact that the Lords’ committee to be established to draft such a bill comprises only representatives from the lead political parties drew a stinging attack from Baroness D’Souza who commented,

“I wonder what consensus means, or what kind of consensus is concerned with talking only to those who already agree to your plan. That is no way to rewrite fundamental parts of the constitution of this country.”

The issues were wide-ranging and encompassed many of the arguments arising from proposals to reform the House in general and the move from an appointed House to an elected House in particular.  Whilst there is far from a uniform consensus among their Lordships about the need for reform and the form it should take, it was manifestly clear that the majority of the House have grave misgivings about the wisdom or necessity of moving towards a wholly elected House, and the consequent strengthening of the hold of political parties and the emasculation of crossbenchers. These may have been the first words on the proposals for reform of the House, but they are unlikely to be the last.

There are clearly profound concerns in the House regarding proposals for reform; the frustration of many was summarised by Lord Grenfell who stated,

“I have to confess that I am somewhat irritated by the fact that we are invited to take note of the case for reform of the House of Lords,  as though that were on the coalition’s agenda. It is not. What is on the agenda is the abolition of the House and its replacement with something entirely different.”

The debate begs the question of whether reform needs to be so dramatic, or whether we can continue the “steady incremental and non-revolutionary development of the UK’s constitutional framework”which, in the view of Lord Birt (Cross), “sets us apart from other countries” ?

To find out more about the House of Lords and reform proposals see here.

The first step should be to go back to first principles

The reasons for reform need to be established

Even if consensus on the purpose of the House can be reached, one must also establish good reasons for reform.  Some believe thatbecause a commitment to significant reform – moving from an appointed to elected House – was set out in all three main parties’ election manifestos, there is a public mandate for reform to be pushed through.

Is the House of Lords ‘democratic’?

An overriding argument that persuades many that reform is essential, is the contention that the House is ‘undemocratic’ and therefore lacks legitimacy.

He also argued that the House is legitimate, by virtue of the fact that it has an especially qualified membership; the legitimacy of the House of Commons derives from elections, but this is not the only way to establish legitimacy.

The logic of this argument was neatly summed up by Lord Grenfell who said that, “our true legitimacy lies in what this House achieves”.

Wholesale reform is not necessary

Many of their Lordships appeared to agree that shortcomings of the House could be adequately dealt with by minor reforms, such as those outlined in the motion of Lord Steel, without the necessity for wholesale reform.

The reform which seemed most important to many Peers though, was putting a limit on numbers, as the number of peers entitled to sit in the House is rapidly approaching 800.

Lord Strathclyde announced he would be setting up a Leaders’ Group to look at these and other suggestions, and peers suggested possible solutions such as voluntary retirement (Lord Steel), havingmaximum periods of service (Lord Howarth, Lab; Lord Cobbold, Cross), or simply setting restrictions on the appointment of New Peers(Baroness O’Loan, Cross) perhaps by the creation of a statutory appointments commission.

Arguments in favour of retaining an appointed House

Other advantages noted were that appointed Members have no constituency pressures to distract their focus from the Chamber, and that they are able to consider long-term strategies where required (e.g. for climate change) as they are not subject to an electoral cycle.

Shortcomings of the House in its current form

Merits and demerits of an elected House

In order to solve these perceived shortcomings,  moving to an elected House of Lords is suggested. Lord Richard simply believes that legislators should be elected by those affected by their legislation.

The Peers considered this proposition and others while attempting to ascertain whether elections would help eliminate the perceived weaknesses of the House. Lord Grenfell argued that moving to an elected house will not solve the crucial problem: a lack of power given to the Lords, in comparison with the Commons.

The process of reform

The issue of the process of reform was also at the heart of the debate.Lord Norton warned that our constitution by nature is a complex interlocking system, and we must be aware that change in one area can have serious consequences on other areas. Therefore the way that reform is tackled is as crucial in the decision-making process as the question of what reforms should be implemented.

The verbatim Hansard report of the debate may be viewed here.