You are here: Home » Publications » Fear and Lothian in Westminster: the English question is not going to go away

The next sentence might offend about 171,000 people. The main ‘claim to fame’ of West Lothian – in spite of its being “the happiest place in Scotland”, in the words of its own tourist authority – is through a much-quoted 1977 speech in Parliament by Tam Dalyell, then MP for the West Lothian constituency.

The problem that Dalyell identified went to the heart of his belief that devolution threatened to destabilise and eventually fragment the United Kingdom. This became known as the West Lothian Question.

So why has this venerable question been back in the news again? It’s all related to this year’s pre-election hopes and fears of a hung parliament, as the smaller parties jostled for attention, setting out their stalls for the larger parties to select suitable post-election partners in the hope of securing a parliamentary majority.

Foremost among the minority parties were the Scottish National Party (SNP) and Plaid Cymru, neither newcomers to the world of coalitions and minority administrations, who agreed to work together.

“We believe that a strong Celtic bloc of Plaid and SNP MPs will give us a once-in-a-generation opportunity to secure the best possible deal for the people and communities of Wales and Scotland”, Plaid Cymru leader Ieuan Wyn Jones told a press conference before the election. Alex Salmond, at the launch of the SNP’s manifesto in April 2010, noted that it was highly likely that there would be a hung or “balanced parliament” in Westminster and commented that it was a development that was welcomed in Scotland and one which the SNP embraces enthusiastically.  “For it is with a balanced parliament that Scotland’s greatest opportunity exists ……. the more SNP MPs, the stronger Scotland’s position will be.”

The realisation that MPs from parts of the UK subject to devolution would retain the power to vote on matters that affected only English constituencies was not a new observation, even back in the late 1970s when Scottish Nationalism was enjoying its (Westminster) parliamentary peak of 11 MPs. The anomaly had been identified in the 19th century deliberations over Home Rule for Ireland. Indeed Gladstone’s 1886 Government of Ireland Bill first proposed that no Irish members should sit in the Commons, before other compromises were suggested, amid concern that the complete removal of Irish MPs from Westminster would hasten the break-up of the United Kingdom. But Dalyell’s concise formulation and energetic repetition of his case pushed the imbalance back into public view, and gave the complex issue a simple title. 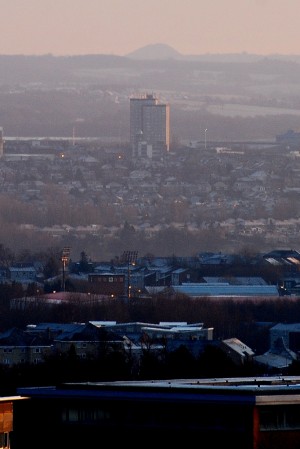 Although, at least one learned professor has commented that only people with short memories call it the West Lothian Question.

Harold Wilson, frustrated by the opposition of Northern Ireland’s Unionist MPs to his fragile mid-1960s government’s plans to nationalise the British steel industry (plans that had no impact on Northern Ireland), tried to find a way of excluding the Northern Irish MPs from such votes. But no easy resolution of the problem could be found, and Wilson’s increased majority at the next election reduced the desire for change. In the debates on steel nationalisation, the Conservatives supported the Unionists’ interventions on matters not affecting them, protesting that all MPs were equal and entitled to speak on all subjects.

Under Britain’s electoral system, minor parties can be forgotten when general elections produce clear dominant winners, but their importance blossoms when small majorities can be upset in critical votes. Views change over time, swayed by new perceptions of electoral advantage.

By this year’s election, the Conservatives were promising new legislation to ensure that measures affecting only England could not become law “without the consent” of England’s MPs, an ‘English votes for English laws’ policy. On the other hand, Labour’s manifesto made no mention of the issue, and critics might attribute that to the benefit that Labour derives from its support in westerly and northern Britain. To put it another way, the Conservatives have little to lose in floating free of the Celtic fringe: the electoral map of Britain paints England considerably bluer than either Wales – where Labour’s losses cut them back to 26 of the 40 seats – or Scotland – where Labour even increased its share of the vote, taking 41 of the 59 seats and leaving the Conservatives in fourth place.

The same solutions – reducing ‘over-representation’ of Scottish and Welsh MPs, English devolution, English votes for English laws – have been chewed over for more than 130 years and dismissed as ineffective, unworkable or incompatible with the survival of a United Kingdom.

Directly elected assemblies for the English regions were briefly seen as the answer, but a 2004 referendum in the North East (chosen because its bristling identity made it seem likely to favour a regional voice) firmly rejected the idea. An idea put forward by the 1919 Speaker’s Conference on Devolution – that Grand Councils of English, Scottish and Welsh MPs should debate bills relating to their own areas – has had the dust blown off and again found favour. Committees and commissions have been established and have reported, but England remains “the gaping hole in the devolution settlement”.

Whether you call it the Irish Question, the West Lothian Question, or the ‘English Question’, the truth is that this conundrum is a political problem as much as a constitutional problem, and it is going to require much more radical debate. “If it had been solvable”, observed Tam Dalyell recently in a BBC interview, “they would have solved it in the 1880s and 1890s – and certainly in the 1970s those clever men John Smith [former Labour leader] and Bruce Millan [former Secretary of State for Scotland and EU commissioner of regional policy] would have found an answer. There isn’t an answer to be had.”