You are here: Home » Publications » EU Foreign Policy: to boldly go where none has gone before? 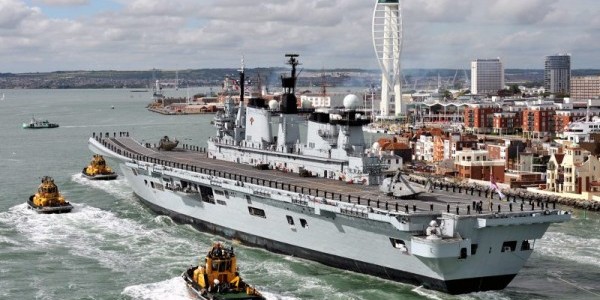 An ardent science fiction fan, perhaps Baroness Ashton, the European Union’s new High Representative for Foreign Affairs, would appreciate the words of Mr Spock in Star Trek: “I must acknowledge, once and for all, that the purpose of diplomacy is to prolong a crisis.”  Perhaps ‘crisis’ is too strong a word for it, but the EU’s foreign policy appears to be in something of a disarray.

For some years criticism has been levelled at the EU for failing to develop a more effective foreign policy;  all too frequently the finger was pointed at the inadequate institutions of the EU.  The rotating Presidency of the EU tended to lead to a lack of continuity, whilst the fact that the aims of the EU are blurred – is it an economic union? is it a political and social union? – tended to mean that the European Council and the Council of Ministers together lacked sufficient expertise in EU foreign policy.  This was only compounded by the division of labour between the Commission, which was the powerhouse on economic matters, and the Council of Ministers, to whom it fell to sort out diplomatic issues.  Not only that, but the political rivalry between the Council and the Commission led to competition rather than cooperation in this most sensitive of areas.

You could argue that better institutions, clearer reporting lines and a streamlined structure would have been unlikely to make any difference to the position which the nations of the EU took on Iraq in 2003 and it is not hard to see that differences could arise again – the former eastern bloc countries, for example, may well have a different perspective on relations with Russia to other member states.  It seems, though, that the root cause of the difficulties have resided in the fact that the larger member states who have had a greater influence over the Common Foreign and Social Policy (CFSP) have disagreed, and have remained pretty entrenched in their positions.

Baroness Ashton’s first plans for the new EAS were promptly kicked back by the European Parliament, with MEPs across the political divide in an almost unprecedented show of solidarity roundly criticising her proposal for a “French style” secretary general.  The German MEP Elmar Brok is quoted as saying:

“We reject the idea of a French-style secretary-general, lurking like a spider in the middle of his web.”

The pejorative tone of his comments was certainly intentional.  Agreement has now been reached that the EAS shall have a three-man board of directors which will answer to the High Representative.  MEPs are still unhappy however and feel that the European Parliament is being ignored and sidelined.  The Parliament is therefore threatening to refuse to relinquish control over the budget of the EAS unless and until their concerns are met.   If it is this difficult just to get agreement on the structure of the EAS, how likely is it that its future work is to meet with approval and support from member nations?

The role of the High Representative and the EAS is to find the common ground between member states in the tricky area of foreign policy, but it seems likely that the success of the EAS will rest with the strength or weakness of the individual appointed to head it.   Recent events hardly seem consistent with a Europe dedicated to forging a dynamic new service.  The danger, however, is of being lulled into a false sense of security; the present incumbent may not have the force of personality or the political nous to be able to drive the EU forward in new diplomatic directions, but we should look closely as the terms of reference of the new service are agreed.  At some point in the future a more forceful personality may be able to exploit the new powers to the maximum.  Let us hope the European Parliament remains on its toes.