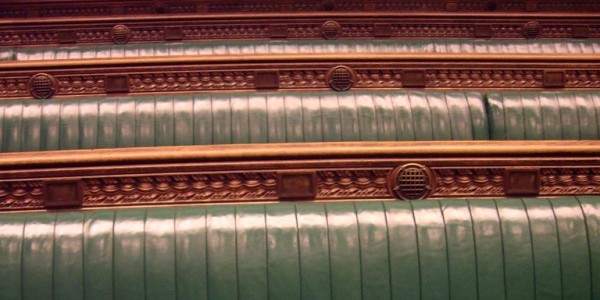 A backbench motion debate on Britain’s relationship with the European Union has led to a significant rebellion of government MPs.

‘…to introduce a Bill in the next session of Parliament to provide for the holding of a national referendum on whether the United Kingdom should:

Described by Nuttall as “an historic debate”, it was tabled by the Backbench Business Committee following the submission of a petition supported by 100 000 signatories.  The context led Mark Pritchard MP to describe the occasion as “a response to the will and the voice of the British people”.

The call for a renegotiation of Britain’s relationship with the EU reflects a reportedly growing public concern with the democratic status of Europe.  David Nuttall described the sense that increasing numbers of decisions are being taken by distant officials who cannot be removed from their posts by the British people as “the tentacles of the European Union” intruding “into ever more areas of our national life.”

The last opportunity for the people to directly influence Britain’s relationship with the EU was in 1975, when a strong majority (67% on a 65% turnout) voted in favour of continued membership of the European Economic Community.  Those in support of yesterday’s motion point out that this means that 84% of today’s voting population have never been able to have their direct say.

The government accepted that “disillusionment with the European Union in this country is at an unprecedented level” (Hague) but said that now is not the right time for a referendum.  They argued that progress has already been made towards rebalancing the relationship with Europe in Britain’s favour.

They particularly cite the European Union Act 2011 as a step forward.  This was referenced by Hague in yesterday’s debate as setting out that, “in the event of a Government proposing any further transfer by treaty of powers or competence to the EU, there must by law be a referendum of the British people”.

The government also criticized the motion itself.  It does not define, William Hague stressed, the mechanics of a “three way” referendum, which he described as “innovative but seriously flawed”.  Others questioned the practicality of the motion’s proposed “third option” (“to re-negotiate the terms of its membership in order to create a new relationship based on trade and co-operation”), suggesting that it would in reality be very difficult to realize without harming Britain’s economic interests.

David Nuttall’s motion was in the end defeated by 483 votes to 111.  In the context of a three-line whip imposed by all three of the main parties, the result nevertheless constitutes a significant rebellion.  The implication is perhaps that the question of Europe is not going to go away. As Mark Pritchard put it; “Europe is going to become more of an issue, not less of one.”

Importantly, the issues raised by the debate also go beyond the question of Europe.  Should MPs have greater freedom from the party whip, allowing them to vote according to the conscience of their constituents rather than the will of the parties?  What are the implications of an increased pay-roll vote for the demonstrably mighty power of the whip?  Finally, does a growing tendency towards referendums pose a risk to the current system of representative democracy?