You are here: Home » Publications » British politics hits a purple patch. A look at calls for electoral reform 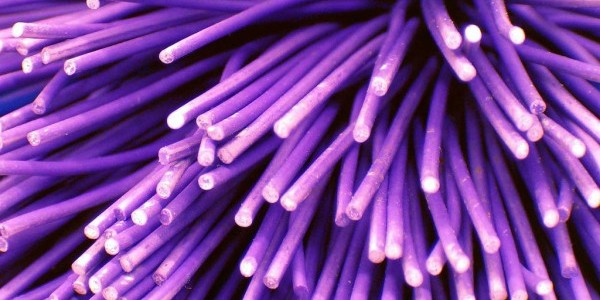 If you’re out and about in town and find yourself surrounded by purple people, it’s probably not just a fashion statement. Once reserved for royalty and bishops, purple is now being touted as the colour of public protest over electoral reform.

Behind these purple protests is Take Back Parliament, a coalition of groups – including the Electoral Reform Society (ERS), POWER2010 and Unlock Democracy (incorporating Charter88) – that is coordinating demonstrations around the country, and one of many energetic bodies pushing for a fairer voting system. The current ‘First Past The Post’ (FPTP) system – described this month as “creaking at the seams” by Lord Mandelson, and blamed for “the worst election ever” in 2005 by the ERS – appears under attack from almost all sides.

It is clear that the electorate has become disillusioned with the way parliament and MPs have been behaving over the past decades, with trust eroded by cash for questions, lobbying, abuse of the honours system and most recently the expenses farrago. But is there really wider public support for reforming the voting mechanism? Less than 29% of voters chose parties supporting true proportional representation, with 29% backing the party of the Alternative Vote and 36% choosing the party promising to retain the FPTP status quo. However, the ERS points to a 2006 poll in which a fairer voting system found five times as much support as FPTP. And online petitions by campaigning groups Take Back Parliament and 38 Degrees have attracted over 100,000 signatories and are still growing. And the purple demonstrations of dissatisfaction seem set to continue, fuelled by Nick Clegg’s words to protesters as the coalition negotiations were under way : “It is in the interest of everybody in Britain for us to use this opportunity to usher in a new politics”.

What the manifestos said:

The Conservative manifesto gave unequivocal support to FPTP “because it gives voters the chance to kick out a government they are fed up with”. But, “to ensure every vote will have equal value”, the party did promise ‘fair vote’ reforms: these would address the large variation in the population of constituencies across the UK – from 21,000 in Na h-Eileanan an Iar (formerly the Western Isles) to 109,000 in the Isle of Wight.

Labour’s position was to let the people decide in a referendum whether to make Parliament more democratic and accountable; and their choice was the Alternative Vote, to ensure that every MP is supported by the majority of votes cast in their constituency. Reform of the House of Lords – including an open-list PR electoral system – would also be put to a referendum.

“A real say in who governs the country” was one of the key reform promises in the Liberal Democrats’ manifesto, to be achieved by offering “a fair, more proportional voting system” for parliamentary elections. Their preferred method was the Single Transferable Vote to give voters a choice between candidates as well as parties.

Among the smaller parties, the nationalists took it for granted that some form of PR for national elections was long overdue – both Scotland and Wales use the Additional Member System, a hybrid of FPTP and a proportional ‘regional list’ element. UKIP too wanted to introduce an element of PR in elections, favouring the Alternative Vote Plus.

Britain’s new governing coalition is committed to letting the people decide in a referendum on adopting the Alternative Vote, which is not a form of proportional representation, and which neither of the coalition members wanted before the election, but was only a manifesto commitment of the Labour party. This will be combined with rationalisation of the electoral size of constituencies, which will almost certainly reduce the number of MPs.

Calls for reform have of course been heard many times before. But how much difference would electoral reform make? That depends, of course, on which form of voting is chosen – and there are many variations on offer. Opponents of PR are scathing on the ‘alphabet soup’ of competing electoral systems – AV, AV-plus, MMP, AMS, STV – but they can be reduced to what the ERS calls two families: the ‘winner takes all’ family (FPTP; Alternative Vote (AV), in which voters rank all candidates in order of preference, and the lowest-scoring candidates are rejected until a winner has more than 50% of the vote; Supplementary Vote, where voters mark their first and second choices, the winner taking either more than 50% of first preferences or the majority of first and second combined); and the ‘proportional’ family, where each party’s share of seats is directly related to its share of the vote (List systems (either ‘open’, where voters choose individual candidates on a party’s list, or ‘closed’); Mixed systems, where voters choose a local candidate (using either FPTP or AV) and a list candidate, combining local representation and proportionality; Single Transferable Vote (STV), where constituencies are larger, each electing a number of candidates to offer local representation and local proportionality).

So would a different electoral system have given us a different result in 2010? And would it be fairer than giving one party 47% of the seats for only 36% of the vote, but another party only 9% of the seats for their 23% share?  According to the ERS, only an election held under the STV system would have yielded a parliamentary landscape that came close to matching the actual votes, yet it is not that system which is apparently being considered as the ‘candidate’ for a referendum on voting reform.

An Englishman is credited with the ‘invention’ of PR for elections at his school, devising a system that his son took to Australia to be used in Adelaide local elections in 1840. The political philosopher John Stuart Mill was an influential early champion of PR: “In a really equal democracy, every or any section would be represented, not disproportionately but proportionately”, he wrote in 1861, adding that unless the minority was as fully represented as the majority, “there is not equal government but a government of inequality and privilege … contrary to the principle of democracy”.

Proportional systems were introduced in continental Europe, but did not find as much favour in Britain. In 1917 the UK came within seven votes of adopting PR, but the ruling coalition was split – Lloyd George condemned PR as “a device for defeating democracy” – and the issue bounced back and forth between Commons (against PR) and the Lords (for PR) until it was rejected in 1918. In 1931 a minority Labour government legislated for an Alternative Vote system, but it was rejected by the Lords, and the two main political parties lost interest in PR for decades.

Through the 1970s Liberals pushed hard for reform, but failed to persuade. The incoming 1997 Labour administration commissioned the Jenkins Report which recommended a form of PR that became known as AV-plus, but the government would only commit to reviewing how electoral reforms being introduced in other areas – devolved administrations, direct mayoral elections, EU elections – were working in practice. That review – the 196-page Review of Voting Systems published in 2008 – was described by the All-Party Parliamentary Group on Electoral Reform as a useful contribution to the debate which showed that the commonest arguments against electoral reform were “at best overdone, at worst complete myths” and acknowledged that “a coherent, reasonable case exists for electoral reform”

With so many systems sheltering under the banner of ‘proportional representation’, it’s not surprising that earlier drives to reject FPTP in favour of fairer representation have foundered amid conflicting and confusing arguments. But frustration with the status quo appears to be spreading, and the campaign is no longer just a debating issue for politicians and psephologists, but a growing priority for many voters. Not since the Heath administration of the early 1970s has a government been elected with more than 44% of votes cast: the Thatcher victory of 1979 was won with only 43.9% of the vote, and the Blair landslide of 1997 required only 43.2%.

The 2010 election results have again challenged the sustaining belief that FPTP delivers a clear result, and scrutiny of individual results gives PR supporters nourishing statistics. Look at Oxford, where all but two of the prime ministers since the Second World War have studied, and you’ll see Duverger’s Law (which states that a single-winner voting system favours two-party dominance) in action. Oxford is split into two constituencies, East and West, which returned one Labour and one Conservative MP, each polling 42%. But merge votes for East and West and the Labour share of ‘Greater Oxford’ falls to 26%, with the Conservatives in second place on 31% and the unrepresented Liberal Democrats ‘winning’ with 38%.

As the Vice-Chancellor says in Tom Stoppard’s play Jumpers, “it’s not the voting that’s democracy, it’s the counting”.

According to the ERS

under the STV system the result would have been 246 seats for the Conservatives, 207 for Labour, 162 for the Liberal Democrats, and 35 for other parties.