You are here: Home » Blog » Parliamentary sovereignty or elective dictatorship? 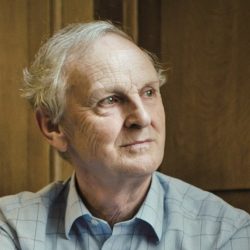 One might have hoped – with Trump’s exit – that his UK protégés might have given up the tricks of the Trump playbook. However, take a look behind the Brexit and Covid headlines of recent weeks and you will get a glimpse of some devious destruction of our constitutional conventions.

Not content with the advantages offered by the new Parliamentary Constituencies Act, in terms of likely additional winnable seats, ministers resisted cross-party amendments in the Lords to get more eligible young people – especially from the BAME communities – registered to vote. Peers recognised echoes of Republican voter suppression.

Hard on its heels came a Ministerial Statement from the Cabinet Office in December that the Conservatives wanted to increase the party limit on General Election spending from the present £19.5 million to around £33 million. At the 2019 Election no party spent anything like that. It would translate into many thousands of pounds targeted at about 100 marginal seats. However, one party clearly wants to make more millions of pounds the key element for success, rather than more millions of registered voters.

A few days previously Chloe Smith, Minister for the Constitution reporting to Michael Gove at the Cabinet Office, asked for short-notice comments on a proposed ‘clarification’ of electoral law, following the Supreme Court judgement in the Thanet Case, published in July 2018. In brief, this reiterated long established law that a candidate and agent should be held responsible for all expenditure intended to advance that candidature in the relevant constituency. The judgement was followed by extensive consultation from which careful Codes of Practice were produced by the Electoral Commission in July 2019. Since then, the law has been sufficiently clear for no major problems of acceptance by campaigners to be reported to the Commission. Ministers have failed to present the Codes to Parliament. They have ignored Commission advice on their own proposals to permit candidates and agents to pretend that they are unaware of their party’s targeted expenditure.

In December the Conservative Party gave evidence to the Public Administration and Constitutional Affairs Select Committee inquiry into the work of the Electoral Commission.  They claimed that the Commission was ‘unaccountable’, suffered from ‘conflicts of interest’, required ‘clear Ministerial and parliamentary oversight’ and that there should be an ‘option to abolish it’. No other party has made any comparable comments.

This is not surprising. The Commission is a statutory regulator, accountable to Parliament, and very deliberately divorced from any such party or government political influence. To make the referee subservient to one of the teams on the pitch would be to destroy its independence and integrity.

In themselves these proposals may seem concerning but not exactly attacks on our established constitutional conventions. However, the complete lack of consensus, alongside other changes, is alarming.

The government has already proposed to ‘take back control’ of prorogation and dissolution of Parliament, thereby codifying Royal Prerogative powers in the hands of the Prime Minister.

In January, Mr Rees Mogg unilaterally disbanded the Commons Committee on the Future Relationship with the European Union, chaired by Hilary Benn.  If he thinks that Brexit is done, he should listen to the fishermen, hauliers and supermarket managers.

Far from strengthening the sovereignty of the British Parliament, and the electoral system on which it is founded, these changes add up to something more sinister.

In 1976 former Lord Chancellor Viscount Hailsham – a true Tory if ever there was one – warned against Britain’s slide towards “elective dictatorship”.

Some 45 years later this lecture is especially relevant because it is more than 12 months since Boris Johnson promised: ‘In our first year we will set up a Constitution, Democracy and Rights Commission.’

Of course, Hailsham could not foresee the arrival of digital campaigning, and, with it, US style inflation of ‘dark money’, foreign interference and attempts to undermine electoral law. However, his case for comprehensive rather piecemeal change remains persuasive.

Hailsham’s lecture concluded with: “My object is continuity and evolution, not change for its own sake. But my conviction remains that the best way of achieving continuity is by a thorough re-construction of the fabric of our historic mansion. It is no longer wind- or weather-proof. Nor are its foundations still secure.”

Parliamentarians of all parties and none believe that the challenge and the opportunity are now even more urgent. The government’s attrition must stop.  Instead, the Constitution Commission must be truly independent, and resolute in protecting our parliamentary democracy from this Trumpish elective dictatorship.