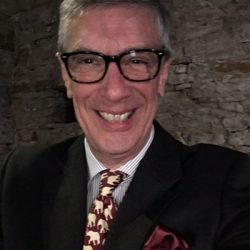 In evidence at the joint session of the Commons  Select Committees on Science and Technology and of Health and Social Care, Dominic Cummings promised to provide confidential documents for the Committees in respect of the government’s handling of the Covid pandemic during his time at No. 10 Downing Street.

The Official Secrets Act 1989 makes it an offence for a government servant or contractor to disclose any confidential information or document which has been in his possession by virtue of his position. There is no specified duration under which a person is bound by the Act. The decision to prosecute lies with the Attorney General.

Once any such documents are in the hands of the Select Committees, they are part of the proceedings of parliament and protected by parliamentary privilege under the Bill of Rights, 1689. The Committees may decide to publish or not to publish them as they see fit.

Under the Official Secrets Act a person disclosing damaging information received by unauthorised disclosure is also committing an offence. The Committees could fall into this category.

A prosecution under the Act would therefore appear, in this case, to have to rely on material subject to parliamentary privilege. That could be regarded as an interference with the work of the Committees and amount to a contempt in the eyes of Parliament.

It is also an offence under the Witnesses (Public Inquiries) Protection Act 1892 for anyone obstructing or intimidating witnesses who have given evidence to a public inquiry, including a parliamentary inquiry, unless such evidence was given in bad faith.

No doubt these conundrums will be in the mind of the Attorney General should there be any move to prosecute.