You are here: Home » Blog » Northern Ireland and the Brexit negotiations: in conversation with Katy Hayward 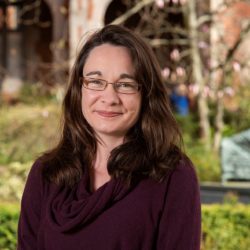 The position of Northern Ireland has been a major point of contention ever since the ‘leave’ vote in the European referendum of 23 June 2016. Its future relationship both with the UK and with the Republic of Ireland was a source of controversy in negotiations with the EU, and on the domestic political scene.

Now, with Brexit having taken place, the issue remains charged. In this interview, Katy Hayward, Senior Fellow, UK in a Changing Europe and Reader in Sociology, Queen’s University Belfast, talks to Andrew Blick about the constitutional significance of the exit agreement and the prospects for the future.

You can view the interview by clicking here.