You are here: Home » Blog » Judicial and scientific independence 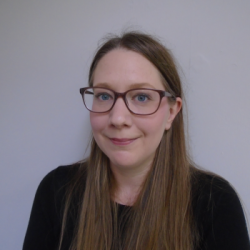 Independent scientific advice is always essential to democratic decision-making. However, the COVID-19 pandemic is an extreme example of scientists informing the exercise of public power. In Secretary of State Matt Hancock’s words, when responding to the Health and Science Select Committee’s questions, sometimes scientists are ‘guiding’ ministers’ decision-making. At other points, Hancock says, ministers are directly ‘following’ scientific advice. There are very different kinds of scientific actors, with different levels of independence. Some, like the CMO, work for the government as civil servants. Others, such as SAGE, advise the government in an independent capacity. Scientists and judges are alike, however, insofar as they are unelected. They also both grapple with uncertainty in the impact of their decisions, albeit in very different ways. While the roles that scientists and judges play are different, at least some meanings of their independence are broadly similar. Neither should be making decisions because of those decisions’ political popularity either in government or the public. Scientific independence is crucial for the maintenance of the Haldane principle. Ministers do not make decisions on individual grants and research proposals. One need only look so far as the cancelling of eleven grants to the Humanities in Australia to see this kind of academic interference in action.

Unfortunately, even in the United Kingdom, scientific independence has not always been protected. In 2009, Professor David Nutt was asked to resign from the Advisory Council on the Misuse of Drugs. Professor Nutt told the government that ecstasy and LSD were less dangerous than alcohol and horse-riding. At the time, Home Secretary Alan Johnson said his comments undermined communication with the public about drugs’ dangers. In the wake of this firing and a mass outcry from scientists, principles were developed to emphasise the importance of scientific independence. In June 2010, Principles of Scientific Advice to Government were incorporated into the Ministerial Code, and in 2011 the Code of Practice for Scientific Advisory Committees was published. The United Kingdom is fortunate that no disagreements took place on anywhere near this scale during the pandemic. Of course, that is not the case in all countries. It is possible as the pandemic rages on, a larger gap opens up between how the government characterises its scientific advice, and what that advice says.

The protection of judicial independence is enshrined in statute in the United Kingdom. The Lord Chancellor has a duty under s 3 of the Constitutional Reform Act 2005 to ‘uphold the continued independence of the judiciary.’ There are disagreements about how wide or narrow this statutory duty is. However, it is both useful and significant that it is enshrined in law. There have been repeated debates about how far this duty stretches, perhaps most notably when it conflicts with freedom of the press. Without considering the content of the s 3 duty itself, the very existence of those debates about what s 3 requires is essential for judicial independence. An analogous debate would help emphasise the importance of scientific independence. As is so often the case, the statutory duty intersects with conventions and public opinion. Placing the value of scientific independence on a statutory footing emphasises the necessary relationship of candour and trust between scientists and government. In their response to the Principles of Scientific Advice to Government, Sense about Science and the Campaign for Science and Engineering expressed disquiet about the inclusion of the clause that ‘Government and its scientific advisers should not act to undermine mutual trust.’ This, as the campaign says, raises issues. They are concerned that ‘There remains a lack of clarity for scientific advisors about when they can speak out and what they can say.’ More fundamental still are certain types of power imbalances between ministers and scientists. The s 3 protection of the judiciary’s independence recognises that the judiciary cannot speak out in the same way as the government can to defend its actions. The same is true of independent scientists; they do not have the same kind of platform. It could be valuable if part of a ministerial role were making a case for independence on scientists’ behalf.

While the United Kingdom, like all countries worldwide, has faced enormous challenges in the COVID-19 pandemic, in at least one fundamental respect it has been fortunate. There have not been insurmountable gaps between scientific advice and either the characterisation of that advice or what the government is prepared to do. As the pandemic wears on, as government resources and public patience dwindle, however, it cannot be assumed this will always be the case. Judicial and scientific independence are not synonymous, or essential to a democratic society in the same ways, but they are both essential. The aftermath of the pandemic will also require a broad reassessment of how scientific advice is given to government. Placing the protection of scientific independence on a statutory footing should be considered part of this exercise. The Phillips report on the BSE crisis stressed the importance of public communication about risk, uncertainty, and that scientists do not have all the answers. In the inevitable recriminations about COVID, the pandemic’s uncertainty must not be held to be scientists’ fault. It is incumbent on the government to not deflect political accountability for the pandemic. In part, this entails prioritising the protection of scientific independence.

Leah Trueblood is a Career Development Fellow in Public Law at Worcester College, Oxford. She is grateful to Peter Hatfield, Hintze Fellow in Physics at Oxford, for feedback on earlier versions of this post.