You are here: Home » Blog » Is the constitution able to learn from mistakes? 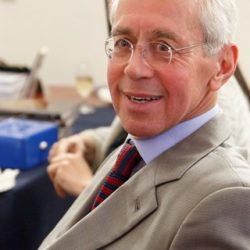 A year ago today, the country was put into lockdown. The aim was to hold back the COVID pandemic and to prevent it from spreading through the population beyond the inevitable. This was, said the Prime Minister, the biggest ever peacetime challenge to our system of political management.

The system failed (see Britain Is Not a Well Governed Country). Contagion and death fell down upon the British people with more devastation than in any other European country. Is the system that failed in management able to learn and improve?

In complex organisations, mistakes happen. Even if there is good will and honest effort all around, mistakes will be made. Good organisations learn from mistakes. But there are also institutional temptations to avoid confronting mistakes.

Blame-bias. A knee-jerk reaction is to find someone to blame and to solve the problem by hanging the culprits out to dry. Serious neglect should obviously have consequences but more often than not mistakes are the result of bad luck or standard human error. If there is a culture of blame, people will try to conceal what has happened and hide away how. That will be costly to the organisation in undermining its ability to improve.

Hubris- bias. The leaders of organisations have the prestige that comes with power. Things are supposed to work well on their watch. If they don’t, the immediate instinct is to prevent others from seeing what has happened. There is a shared instinct between leaders and ordinary organisation members to avoid confronting mistakes.

Success-bias. As there will be failures in organisations, there will also be successes. It is obviously more comfortable to bask in the light of success than to do battle with failure, but it is from failure that lessons most need to be learnt. Taking comfort in success is itself an organisational failure.

These biases are rampant in the political system. The blame-game is played with much energy. This is stimulated by a bloodthirsty press which is tireless in hunting down people to blame for the smallest mishap and pinning them against the wall with the now standard question of resignation. We citizens are not much better. We are unrestrained in heaping contempt on ‘the politicians,’ collectively.

As a result, it is impossible for political leaders to concede to anything having gone wrong in their area of responsibility. No blunder is so bad that it cannot be spun as a success: that was yesterday, things are better now, things have gone better than was predicted. The ‘U-turn,’ generally a sign of learning, is a deadly sin.

By far the best way to conceal mistakes is to wave the flag of success. If you are a minister and face criticism, just disregard it and talk up your successes. This mechanism has been much in action in relation to the management of the pandemic. The roll-out of the vaccine has been a success. Already, the memory is being erased that thousands and thousands of Britons are dead who should today have been alive.

Lessons need to be learnt in two ways. Firstly, about the management of the pandemic specifically. What policy decisions were made, by whom, when, and on what basis? How were decisions followed up and implemented? What was not done that should have happened?

Secondly, about the constitutional system itself. The government determined to get the pandemic under control and set in motion a range of policies. But control was not achieved. Why was the existing apparatus of governance and administration not up to giving the population such protection as was intended and should have been expected?

So far, it seems that bias is prevailing over learning. There is a conspicuous absence of appetite for any review. If the question at all comes up, the riposte is that now is not the time. But acknowledging mistakes and learning from them takes determination. There is never a good time. A year ago, fire broke out but there was no fire service in place to put it out. It will happen again, and at this point we need to have proper protection in place. But we are not building it. Pushing the settlement of failure into the long grass is to forget and avoid. What is on display is another dysfunction in our constitutional system: an ingrained disinclination to learn, reform and improve.

This is the second post in a series by Professor Ringen. The first piece ‘Britain is not a well governed country’ can be found here.