You are here: Home » Blog » Greensill: a bridge too far? 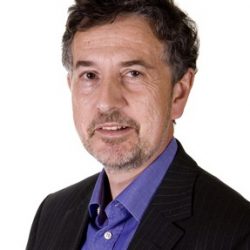 The relationship between the public, private and voluntary sectors is vitally important for both economic success and social cohesion. Anything that undermines mutual co-operation and constructive dialogue, and deters well-regulated movement between them, is potentially damaging. Any ill-considered flirting with venal unethical practices or, equally, any hurling of blunderbuss accusations of sleaze across the boundaries, is definitely damaging. That is why what has become known as the ‘Greensill Affair’ matters.

The relationships between certain individuals and Lex Greensill’s company seem to conflict with key values that are intended to regulate such cross-boundary transactions. Civil servants are meant to be instilled from their first postings with the values contained in the Civil Service Code. They require that civil servants should act with integrity, honesty, objectivity and impartiality:

Similarly, the parallel Ministerial Code, as re-issued when Boris Johnson first became Prime Minister, makes clear that there should be:

In the Business Appointment Rules for former Ministers, it is explained that:

Ministers and Special Advisers of all parties have quite rightly sought to ensure that private sector expertise is brought into government. But has this dulled people’s appreciation of these core values? That unanswered question is why the furore that has arisen over the links between financier Lex Greensill and civil servants, Ministers and former Ministers is such a critical one.

The challenges of interchange

These experiences could be hugely valuable to the individuals concerned and their organisations. This was not because they discovered secrets not available by other means. It was because, perhaps for the first time, they found out first-hand about techniques not known in their sector or the reasons why different actions were necessary from one sector to another.

On the whole, Ministers liked the advice that came from their private sector contacts. It often seemed crisper and less risk averse than the advice they received from long-serving civil servants. It might challenge long-standing approaches which seemed slow, involved too much checking and consultation and clearing options with a whole range of other stakeholders across government. It focused on the positives not the downsides. Some of this perception was fair comment.

But the best of these outsiders brought into government told me that they found it brought both opportunities and challenges. The issues that they had to deal with were often ‘wicked’ where there were just as many losers as winners from any affordable policy option. There were also often fewer metrics to demonstrate the best options, so decision making was more difficult. One also told me that the last thing he wanted as a citizen was a civil service with too high a tolerance of risk-taking – stakes and losses could be too high.

Another said she appreciated for the first time the challenge of taking most decisions in a goldfish bowl: where at any minute the Opposition, the press or Parliament could pounce and challenge any policy initiative or probe any apparent failure in the full glare of publicity. She said that was the reason much more time seemed to be spent in government in working out what to do. In her organisation, much more time was spent on sorting out how to do something and then trying it out. If it did not work it was quickly and quietly ditched – not an option in government, she felt.

Because in running the interchange scheme we were determined to avoid conflicts of interest or the suspicion later of favouritism, we had to insist that secondees were not posted to areas where their current employers might benefit or even be perceived to benefit. We had to balance the advantages of cross-posting with the values in the Code.

So, what happened with Greensill? We do not yet know for sure. But Lex Greensill and the late Jeremy Heywood seem to have met on one of these cross-sector secondments in a merchant bank. They appear to have struck up a friendship. The kind of innovative approach that Greensill must have pitched to him seems to have encouraged Heywood to be an enabler of Greensill’s work in 10 Downing Street and the Cabinet Office. Though this is, of course, speculation, the Greensill initiatives may have appealed to Heywood because he was keen to be seen as an innovative modern civil service head who could leave a legacy that would get things done quicker and better for impatient politicians.

Later, former Prime Minister David Cameron, after he had served the two-year gap required of him by the Advisory Committee of Business Appointments (ACOBA), probably also saw his work at Greensill’s company as a way not just of securing some personal rewards but also of financing key schemes, like saving the future of UK steelmaking and improving public sector finance practices.

However, along the way, were some of those key Civil Service and Ministerial Code values overlooked or just ignored?

It seems hard to believe the propriety of a practice, apparently endorsed by the Cabinet Office, that Bill Crothers, a Senior Civil Servant brought in on secondment from the commercial world, should be allowed to work for Greensill while remaining in his civil service role. Nor does it seem compatible with fairness and openness to allow some of Greensill’s services to be taken up without public tender, as seems to have happened. As David Cameron has acknowledged, it was also not sufficiently open and transparent that informal private memos were floated round Whitehall seeking special treatment for the company.

The reviews launched by the Prime Minister and in Parliament should provide us with more evidence than we have now, but enough has emerged already to make us suck our collective teeth.

What has already been made clear is that the independent regulation, that was designed to shine a light on current practice and inhibit improper behaviour, was sadly lacking in impact. Eric Pickles, the Chair of ACOBA, has said that he does not have the power to intervene unless cases are mandatory or directly referred to him by government. This surely means government would only give its homework up – even for friendly external marking – if it already expected an A plus? Similarly, the independent advisor post on Ministerial behaviour has been left unfilled since Alex Allan resigned after having the findings of his investigation into bullying allegations rejected by the current Prime Minister.

This area of ethics is too important to be left to be governed by nods and winks, or left unwinked at all. It needs well respected and staffed regulators with independence, power to intervene and power to impose some workable sanctions as a deterrent to impropriety. Our unwritten constitution works well if people know and respect relevant codes of behaviour and their underlying values. But, in any system, understanding and practice can erode over time. That is when a good independent referee is needed to step in.

Before I became a civil servant, I came across a copy of a cartoon by that master cartoonist Hargreaves. It showed a perky bird taking delivery of a worm from a mole poking its head out of a molehill. The caption was ‘It’s not what you know, but who you know that counts!’ In my time in both the Cabinet Office and Ministry of Defence there were more than a few occasions when I had to admit that the mole had a point.

Of course, facts, theories, experience, arguments, evidence, statistics, the law, financing, timing and politics all matter to critical decisions in government. However, people and contacts do count for a lot. If you want something done, you need to know who knows how best to do it, who to go to with your case and what will be likely to be a winning set of arguments at any given time. The critical importance of this person-to-person transacting has been brilliantly exploited by social media platforms such as Linked-in or WhatsApp.

But – and this is a big but – the values that people expect even more from public service than from private business of impartiality, fairness, openness and honesty all require vigilance and reinforcement. They must apply particularly stringently when traditional approaches may have been short-circuited, however good the reason. The Greensill transactions suggest the key actors came across a mole too far and crossed a bridge too far. The Australian, Lex Greensill, may have seen some memorable road signs relevant to him and his civil service sponsors outside the Parliament House in Canberra before he came to the UK: they read ‘Wrong way – go back!’

David Laughrin is a former career Senior Civil Servant with experience across government departments in the UK, Australia and New Zealand. He served as Private Secretary to a Minister (Kenneth Baker) and to a Permanent Secretary (the then Head of the Civil Service Ian Bancroft). David worked both before and after his retirement for the former Civil Service College and National School for Government.