You are here: Home » Blog » English devolution (and the mystery of the disappearing speech) 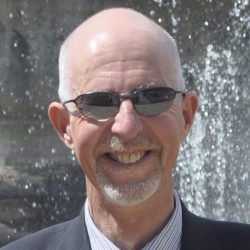 England has one of the most centralised systems of government in the world. And yet, ever since 1997, every government has promised more devolution. This blog looks back at what has actually happened and summarises the present unsatisfactory state of play.

Labour delivered genuinely devolved government in Scotland, Wales and Northern Ireland and introduced a Mayor and Assembly for London but achieved little else south of the border.

The subsequent Coalition and Conservative governments entered into a whirl of activity based around local areas negotiating individual ‘Deals’ with central government for greater control over key policy areas. But although some powers have been passed down from central government, they often come with limitations on their use and, with some exceptions, do not include the power to raise revenue. The majority of funding continues to come from central grants that can be withdrawn/modified at ministerial discretion.  And recent spats with the likes of Andy Burnham have reminded ministers of the political dangers of creating regional power bases.

The result is that local government in England is now a surely unsustainable patchwork of different governance models and powers. Whitehall retains tight control, and a White Paper on Devolution in England appears to have been shelved. The debate looks increasingly likely to be wrapped into a bigger discussion about the future of the Union.

Apart from the London Mayor and Assembly, the 1997-2010 Labour government left England largely unchanged. Labour was much more concerned about improving central government decision making than in empowering local government.

The previous Conservative administration had already created a network of Government Offices (GOs) in the nine English regions to decentralise and join up central government decision making. (You can read a ‘lessons learned’ account of the program here.)

Labour created Regional Development Agencies (RDAs) to sit alongside the GOs and charged them with developing Regional Economic Strategies. Outside London, Labour also created Regional Assemblies, which were voluntary partnerships between local government and ‘social and economic partners, and promised to make them directly elected in due course with a range of powers over economic and planning issues. Legislation was introduced in 2003 but the rejection of an Assembly for the North East in a referendum in the following year brought devolution to a halt. (Dominic Cummings played a leading role in the campaign against the Assembly.)

Assemblies were then replaced by Local Authority Leaders Boards. These no longer included other partners and had joint responsibility with the RDAs for signing off new integrated regional strategies, which brought together economic and spatial issues.

Insofar as Labour addressed sub regional issues, they did so through the mechanisms of Local Strategic Partnerships (LSPs), Local Area Agreements and Multi Area Agreements. LSPs involved local government working with other partners ‘to improve the quality of life in an area and deliver public services more effectively’. Targets were negotiated with central government (generally through the GOs) as a part of the local agreements

The move to combined authorities

From the middle of its period in power, Labour came under increasing pressure from the major cities – led by Manchester – for a greater role in economic development and other areas such as skills and transport.  RDAs began to focus more of their activity on cities, and the government introduced legislation in 2009 to allow the creation of Combined Authorities. These allowed groups of neighbouring local authorities to come together and share responsibilities and powers over a range of services. As such, they effectively recreated the Metropolitan Counties which had been abolished in 1986, and arguably laid the ground for much of what was to follow. Note, though, that no power was transferred out of Westminster.

The Coalition and Local Enterprise Partnerships

The Coalition stripped away Labour’s regional infrastructure, abolishing GOs (and so removing Whitehall’s regional ‘eyes and ears’), RDAs and LSPs, Then, rather than give economic development responsibilities to local government, it replaced RDAs with Local Enterprise Partnerships (LEPs).

LEPs are voluntary non statutory bodies bringing together LAs and the private sector to promote economic development. There are 39 LEPs covering the whole of England. Because their boundaries are set to reflect ‘functional economic areas’ they are generally organised on a different geographic basis to local government and also have an unclear relationship with the latter since they must be chaired by, and have at least half of their members drawn from, the private sector.  Following the publication of Lord Heseltine’s report No Stone Unturned in 2012, LEPs were charged with developing Strategic Economic Plans to use as the basis of negotiating ‘Growth Deals’ with government from Local Growth Fund. Details are here.

Alongside the discussions with the LEPs, the Coalition began negotiations with major cities on a series of 26 Deals that went beyond the purely economic focus of Growth Deals. As Nick Clegg said at the time, the idea was to move ‘away from a one-size-fits-all model towards individual city deals’.

To further complicate the picture, having approved the formation of the first Combined Authority – in Greater Manchester (GM) in 2011 – the Coalition began negotiations about devolving further powers (including spatial planning, health and transport) in exchange for a directly elected Mayor. This ‘Devolution Deal’ – generally known as ‘Devo Manc’ – was concluded in November 2014 and led to the creation of other similar Mayoral Combined Authorities, again on the basis of bilateral negotiations. As part of this agenda, Metro Mayors were given statutory powers in 2016.

There are currently 8 Mayoral Combined Authorities with a further two agreed in principle. (See this report by the Institute for Government.) All include an agreement on devolved responsibility for substantial aspects of transport, skills training and economic development. Some also include housing and planning, business support, employment support and health and/or social care.

The limitation of the freedoms negotiated in these Devolution Deals is illustrated by two examples, both from Greater Manchester. The first was when HMG withdrew £68m of funding from the GM Combined Authority when the latter reduced its housing targets as part of developing the Greater Manchester Spatial Plan. The second was the very public disagreement between the Mayor (Andy Burnham) and the government over the amount of support available to businesses in GM as a result of government imposed Covid restrictions. The government’s response – a threat to negotiate support packages with individual local authorities in GM – was also instructive.

Although the government has undertaken to move some Treasury and other jobs (though not necessarily current officials) out of London, it remains to be seen whether any power and influence accompanies them.  It appears to have no interest in learning the lesson from Government Offices (or, for that matter, from RDAs) about the importance of bringing different departments together to break down silo modes of thinking. Nor is there any sign that they intend to follow up on Lord Heseltine’s suggestion in No Stone Unturned that relocations should be used to build more strategic capacity in local government.

Local government in England is now a patchwork of different governance models and powers – with a bias towards city regions with an elected Mayor – which does not look sustainable. Levelling up has not yet developed beyond being a slogan. City Deals sit alongside Devolution Deals and Growth Deals with much overlap between content, geography and governance. And a recent report pointed out there are now 349 Local Authorities and Combined Authorities with economic powers, sitting alongside 39 LEPs which also have economic powers but with different geographies and lines of accountability. Moreover, post-2010 austerity means that many LAs have lost the capacity to work outside their statutory responsibilities.

It is also increasingly clear that in some areas – for example transport, environment and planning – there is the need to reinstate at least part of the regional apparatus put in place by Labour. Recent reports by both IPPR and the  UK2070 Commission have argued for four new democratically accountable bodies covering the North, the Midlands, the South West and the wider South East.

Michael Gove in his Ditchley Lecture back in July offered an insight into government thinking on the importance of elected Mayors when he said ‘we need to look at how we can develop an even more thoughtful approach to devolution, to urban leadership and to allowing communities to take back more control of the policies that matter to them. One of the glories of the United States is that there are fifty Governors, all of whom can be public policy innovators’.

The then Minister, Simon Clarke, went even further in a widely reported speech around the same time when he explicitly linked future funding and powers to a reorganisation of local government in England into unitaries and Combined Authorities, all with elected Mayors:‘This September, the government will … be publishing the Devolution and Local Recovery White Paper…which will lay a clear path for levelling up every region of our country. The White Paper establishes the framework to fundamentally rewire the role of the state at all levels.’

But it seems that ministers began to realise that giving people like Andy Burnham a voice (even without giving them resources) can cause acute political difficulty. The Local Government Chronicle reported that most senior ministers had gone cold on the devolution agenda. There is no sign of the White Paper.  And Mr Clarke’s speech mysteriously disappeared from government websites.(You can however read it here.)

All in all, it is hard to identify any real progress since 1969 when Harold Wilson said, in reference to the Redcliffe Maud report, ‘It is my hope that the reorganisation of local government will provide an opportunity and the incentive… for a fresh attack on [this] problem of central financial control’.

David Higham began his career as an academic economist. Having spent a short spell at the CBI, he joined the civil service in 1985. Between 1996 and 2014 he was based in Manchester, initially as a member of Government Office for the North West and, following its abolition, as head of the Department of Business, Innovation and Skills team in the region. David retired from the civil service in 2014.