You are here: Home » Blog » England and the Union: time to think again 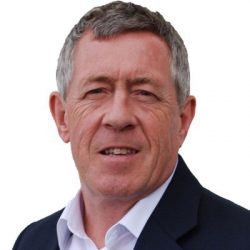 From nineteenth-century Irish home rule debates onwards there has been one consensus: the Union could not survive if England were allowed its own political identity or institutions of government. Winston Churchill said in 1912 that it would ‘tear the state in halves and bring great evils upon us’. Kilbrandon’s response to rising Scottish and Welsh nationalism dismissed an English Parliament as ‘so unwieldly as to be unworkable’. Most unionists continue to argue that England must remain submerged within the Union government. That was Labour’s starting point for devolution and is the view of the current government.

But we should now be clear that it was politics and social forces, not the constitution, that restrained any destabilising influence of England. The conditions that once stabilised the Union are steadily eroding. The once unthinkable – delineating England’s governance from that of the Union – is now essential if any union of consent is to be sustained.

Unionism long accommodated asymmetric views of the Union. From England’s perspective, it appeared as the institutional expression of English interests and institutions, underpinned by the supremacy of parliamentary sovereignty. Scotland could belong to a union of consent between nations that respected Scotland’s identity and its religious, education and legal traditions. There, parliamentary sovereignty, though acknowledged in practice, was never entirely conceded as a principle. (Space does not allow consideration of the distinct perspectives of Wales and Northern Ireland on the same issues).

The tensions between Anglo-centric and Scottish unionism could be manged so long as they shared a greater interest in a common endeavour. For hundreds of years the joint enterprise of empire brought profits to both nations. More recently, the post-war unitary state fashioned initially by the Atlee government fostered a British national economy and shared British interest in a successful state.

These material interests sustained and were sustained by an Anglo-Scottish elite who prospered most from empire and sustaining the Union that was at its heart.  This elite spanned economic, cultural and political interests and, while never homogenous or without conflicting interests, shared a view of the importance of the Union. They could encourage the expression of Scottish identity while allowing the English to assume they were embodiment of Britain. Post war, the same elites, though further fractured by finance, industry and trade, still shared a clear interest in the economic and political success of the Union, even as they began to see that national interest as European.

Unionism was also sustained by a distinct British politics. For the initial post-war period the major British political parties could each internalise different English, Scottish (and Welsh) perspectives within a British politics in which elections in each nation of Britain were contested by the same (two) parties on broadly the same issues.

These conditions no longer pertain. There is no empire and support for a centralised unitary British state is at a low ebb. The globalisation and financialisation of the economy and the rise of both nationalism and cosmopolitanism have weakened any distinct British national interest and the shared elites and values that went with it. The Conservative Party is no longer an institutionalised expression of an identifiably British economic elite, nor Labour the unchallenged voice of a British working class. National elections are fought by different parties, on largely different issues. Different parties win. British politics seems to be dying.

It is these changing economic, political, and social conditions that now allow a uniquely England-based politics to dominate the union. The Conservative UK majority depends entirely on its English majority, which the current government believes provides a mandate to impose an English perspective on the devolved nations. Both the Northern Ireland Protocol and the Internal Market Act, for example, put England’s perceived interest in Brexit ahead of the interests of the devolved nations in the Union. Meanwhile, the remorseless centralisation of an England that does not even have a machinery of accountable government continues (and is, itself, a cause of the dissatisfaction that has contributed to political turmoil and realignment in England).

Government ministers may imagine they are recreating the old Union. But by rejecting different perspectives on the Union, and in the absence of a shared common endeavour or the sustenance of either a British elite or a British politics, they are attempting to forge a unionism that has never previously existed. This Anglo-centric British nationalism, that sees a British political future in almost entirely English eyes, is, surely, the greatest threat to the future of the Union. Churchill and Kilbrandon’s fears sound more like a premonition of what we face today. Far from constraining England, the current Union constitution enables England to impose its government against the interests and demands of the devolved nations.

There are four challenges for those who want to see a successful twenty-first century Union. The first is to constrain a government rooted very largely in England from its pretensions to act for the Union as a whole. The second is to allow England to have its own machinery and institutions of government. The third is to enable shared interests across the Union to be expressed where they exist. The fourth is to articulate a new shared vision of a common purpose for the Union.

Delineating England’s governance from that of the Union is a crucial first step. A focussed Union government, in which First Ministers should be invited to join the Cabinet, and from which ‘England only’ Ministers would be excluded, could begin the process to re-establish trust and working relationships across the Union. By creating a machinery of English governance, led by a Secretary of State and allowing English MPs to fully make English Laws, England would be better governed and decentralisation more successful. While the re-emergence of a ‘British politics’ may be unlikely, electoral reform for Westminster would reduce the extent to which First-Past-the-Post exaggerates the difference in politics between the nations (by, for example, overstating Conservative support in England and understating it in Scotland and Wales).

A constitutional ‘big-bang’ is unlikely, and these would be incremental changes. But they would all be steps on the necessary journey from a union state to a union of nations that could find new common purpose in the transition to zero carbon, building a post Brexit economy, and ensuring social and economic inclusion.

Professor John Denham is Director of the Centre for English Identity and Politics at the University of Southampton. He was previously the Labour MP for Southampton for 23 years and a minister for ten years in the 1997-2010 Labour government.