You are here: Home » Blog » Electoral pacts and the constitution: could a pact be successful? 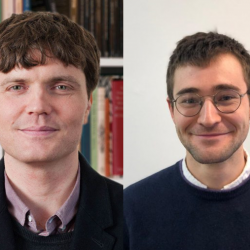 By: Andrew Blick and Alex Walker

In the wake of last month’s elections, questions began to be asked about the prospect of an opposition electoral alliance. The Labour Party lost a number of councils and the Hartlepool by-election, suggesting it faces immense challenges in seeking to become once more a party that can win majorities in the House of Commons. Meanwhile, the Liberal Democrat performance was relatively better than that of Labour, and the Green Party made gains. In this context, calls for Labour both to cooperate with the Liberal Democrats and the Greens, and to commit to some form of proportional representation have been growing.

Currently the Conservatives enjoy structural and political advantages that aid their chances of maintaining a comfortable majority in the House of Commons. But their electoral performance would be weakened if non-Conservative voters coalesced behind a single opposition candidate in individual parliamentary constituencies. One means of bringing this outcome about would be through some kind of electoral pact. A group of parties could agree to give each other clear runs against the Conservatives to encourage a consolidation of the non-Conservative vote.

This kind of electoral arrangement already exists within the UK political-constitutional repertoire. In the context the UK’s ‘First-Past-the-Post’ (FPTP) electoral system, the targeted non-contestation of seats can make a significant difference and has been deployed at various points in UK political history. These arrangements can vary from the more informal or unilateral – as when the Brexit Party chose not to run in Conservative-held seats in 2019 – to formal pacts, such as between the Conservatives and the Coalition Liberals in the 1918 ‘coupon’ election.

Such pacts provide a way to maximise the efficient deployment of votes under FPTP, itself a distinctive and controversial feature of the UK constitution. Arguments for and against the UK’s distinctive electoral system are well-rehearsed, but what is indisputable is that FPTP frequently leads to a single party that secured well under half of the votes cast in the General Election winning an absolute majority in the Commons. Once secured, a government with a Commons majority, though still subject to various constraints, is in a strong constitutional position. A pessimistic way of viewing this relationship is that it provides access to a disproportionately large amount of authority via a disproportionately small amount of electoral support.

A system that offers such rewards is resistant to reform. Those who are in a position to change it lack an incentive to do so. But should a shift to a more proportional system take place, it would have radical implications for the operation of the UK constitution. It would be important in itself, changing the relationship between votes cast and seats won at elections. But its impact would be likely to extend well beyond this immediate (though important) issue. The nature of electoral accountability and representation, for instance would change. Some kind of reconfiguration in the party system also seems likely, along with the normalisation of multi-party deals underpinning governments. These outcomes would, in turn, be likely to lead to further constitutional changes, and a cultural shift in UK politics, in which there was increased emphasis upon negotiation and trade-off.

How then might reform to the electoral system come about? Under FPTP, the winner is aided to the extent that the votes it does not receive are divided between other parties. The 1983 election provides one striking example of this. In 1979 the Conservative Party achieved a vote share of 43.9 per cent, securing 53.4 per cent of seats in the Commons. At the following General Election in 1983, its total proportion of votes cast fell slightly, to 42.4 per cent. Yet it increased its percentage of constituencies won to 61.1 per cent, as a large portion of non-Conservative votes were split fairly evenly between Labour and the newly formed Liberal/Social Democratic Party Alliance, which had not existed in 1979. In 2019, the Conservatives also benefited from the division of votes between the Labour, Liberal Democrat and Green parties. Whilst only winning a marginally greater share of the popular vote than in 2017, they secured a much larger share of seats in the Commons. As is consistently the case, FPTP meant that levels of support for the three opposition parties mentioned were not reflected in the distribution of seats. At some point, the persistence of this reality may provide enough incentive for electoral cooperation. An electoral pact would require concessions on all sides, and it is likely that the Liberal Democrats and the Greens would require some form of proportional representation as a condition of their involvement.

But how might voters actually respond to the proposition of a Green/Labour/Liberal Democrat Pact? To what extent would those typically inclined to vote Liberal Democrat or Green, for example, be willing to vote Labour if the Liberal Democrats and the Greens stood aside? A related set of questions involve the possibility of differential turnout. Would the existence of a Pact drive higher turnout among those inclined towards one of the Pact parties, because they saw a greater chance of success? Or might they dislike the constraining of choice which the Pact entails? Would Conservative supporters be more likely to turn out as a reaction against a Pact? Or would they be demotivated because they saw less chance of Conservative victory? It is on questions of this type, answered in a given political context, that the ability of a Pact to succeed – and potentially go on to change the UK constitution – would turn.

With these questions in mind, the Constitution Society commissioned an MRP poll which asked over 14,000 people in England and Wales whether and how they would vote if there were an imminent general election and there was an electoral Pact between Labour, the Liberal Democrats and the Green party. The key finding of the poll was that Labour, Green and Liberal Democrat supporters are receptive to a potential Pact, and would largely be willing to support the Pact candidate in their constituency, even if that candidate didn’t represent their preferred party. The poll predicted that with an electoral pact in place, Labour would gain an additional 36 seats, the Liberal Democrats 14 and the Greens eight. The Conservatives would lose 58 seats, enough to deprive them of their majority.

This picture comes with some important caveats. The poll did not include Scotland or Northern Ireland and assumed that Plaid Cymru was not a participant in the Pact in Wales. The next election will be will presumably fought after projected constituency boundary changes. It is unclear at this stage what impact this shift might have. Furthermore, if there were a Pact, the platform the parties involved were running on would be highly significant. As already mentioned, most predictions assume that some form of proportional representation would be on the table. But would the parties run on a joint policy platform beyond this promise, and if so, what would it be? Leadership – how well those responsible for explaining the Pact and motivating their various supporters to vote for it – would be critical.

Nevertheless, the poll suggests an amenability towards a Pact from those voters at which it would be aimed. Depending in part on how the seats are allocated, all three parties involved stand to make gains from the arrangement. The results show Labour winning back several of the ‘Red Wall’ seats it lost in 2019 and the Liberal Democrats securing several of the target seats they failed to win. The Greens would also substantially boost their numbers in the Commons. In purely electoral terms then, a Pact between Labour, the Liberal Democrats and the Greens is a viable proposition – one which, if taken up, would be likely to lead to the major constitutional change of an alternative parliamentary voting system.